Hello everyone. My name is Keisuke Sunagare, a writer for engadget and a self-confessed Splatoon fanatic.

I'm afraid I won't be able to stay unbiased in this article about my beloved Splatoon 2, so it may well end up just being a platform for me to invite all the readers to play Splatoon 2.

Splatoon 2 was released on Nintendo Switch in July 2017 and revolves around cute little squids (and octopuses) battling each other using ink. I enjoy the game so much that in the three years since its release hardly a day has gone by when I haven't played it.

First, whether you know about the game or not, I think it's a good idea that you watch this 2-minute video before carrying on with the article.

Did you enjoy that? Did you enjoy the cute and colorful characters? The variety in the weapons? The cool music? If you did, then what are you waiting for? Turn on your Nintendo Switch and let's play Splatoon 2 (I'm sure that if you have Splatoon 2 but haven't played in a while then this has revived your interest in it, so let's play).

The real thrill of Splatoon 2 is in the online battles, which unfortunately requires a paid subscription to the Nintendo Switch Online service. However, don't worry, right now you can get a ticket to try out the service for free for 7 days.

If you don't already have a Nintendo switch Online subscription then click on the link below and you can be playing Splatoon 2 in no time. When you activate the 7-day trial it will also automatically activate an "individual plan 1-month (30-day) ticket," but as long as you cancel the subscription before the 7-day trial expires then you won't have to pay a dime.

A Brief Introduction on How to Play Splatoon 2 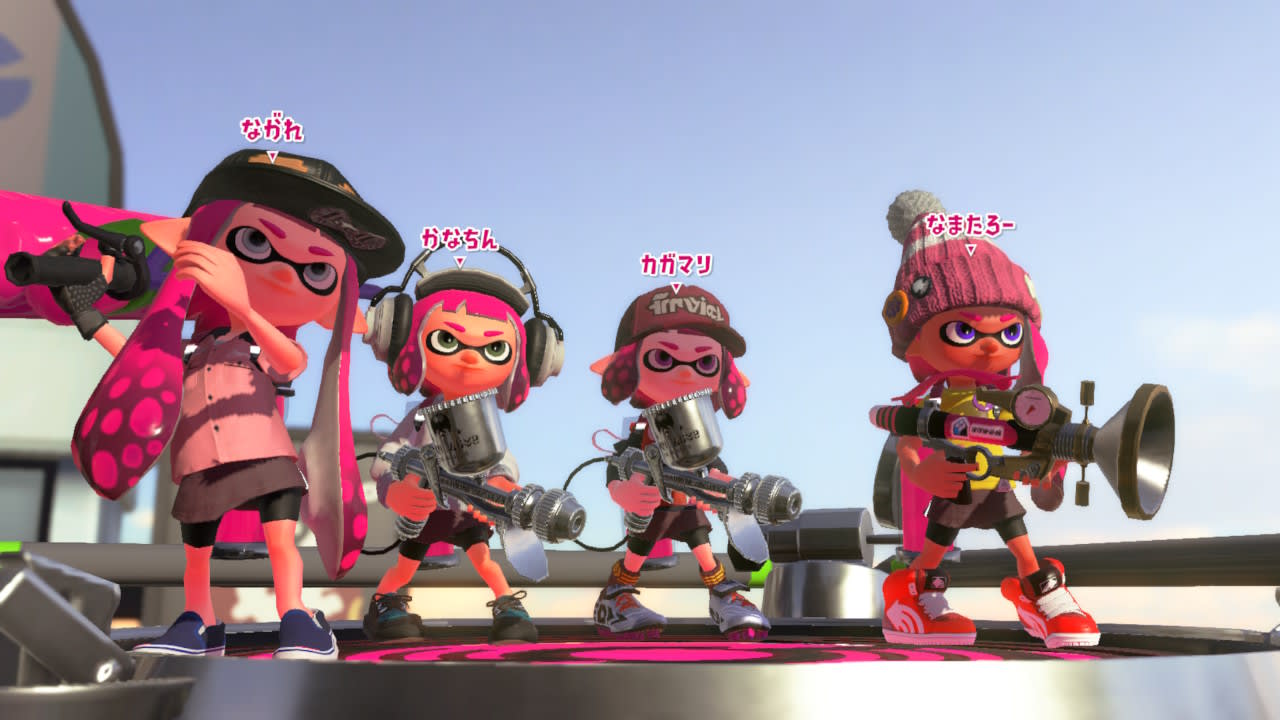 The basic Splatoon 2 match is a 4 v 4 team battle. Unlike other TPS (third-person shooter) games, the characters in Splatoon 2 can turn from human-form to squid-form to dive into and move through ink of your team's color.

"Moving through ink" is Splatoon 2's unique feature, so if you enjoy other TPSs like Fortnite then be sure to give it a try. 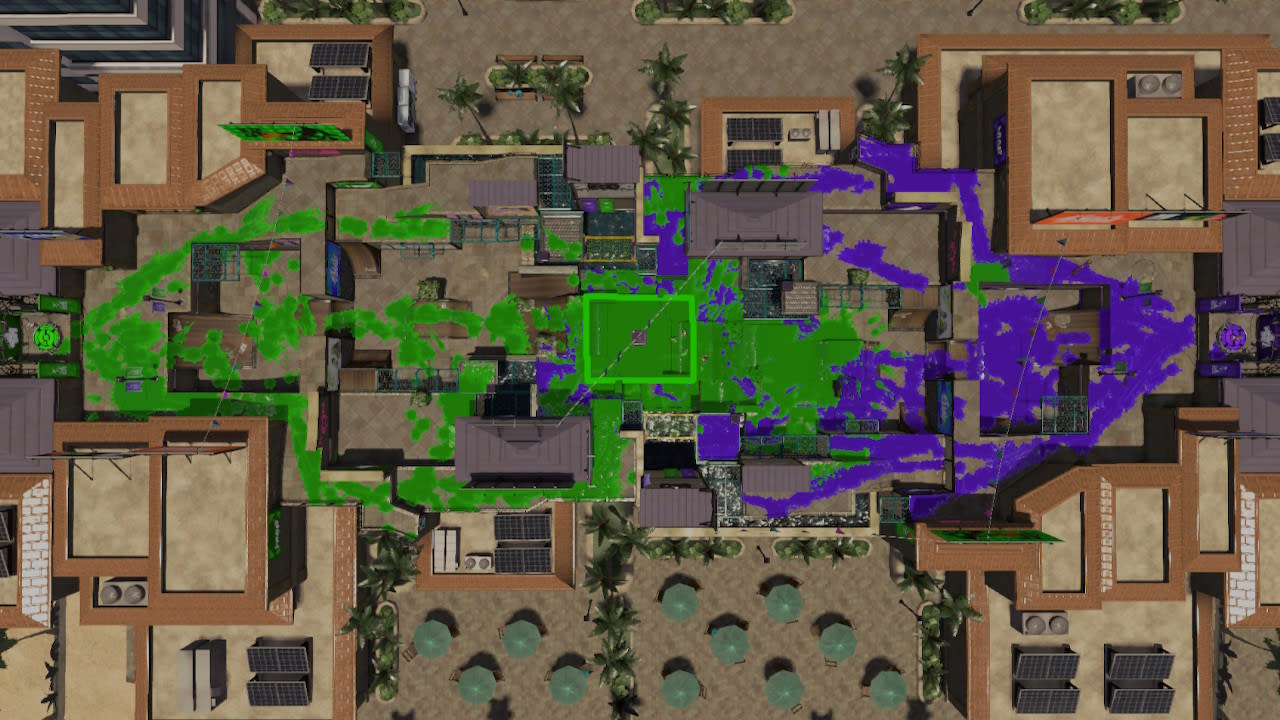 Going back to explaining the modes, the main mode is the "Turf War." Turf Wars are all about using your ink to cover more ground than the other team. There are no kill counts or death counts in this mode, it's all about who covers the most ground. You can help out your team just by spraying your ink, and the rounds only last 3 minutes so this mode is perfect for beginners. 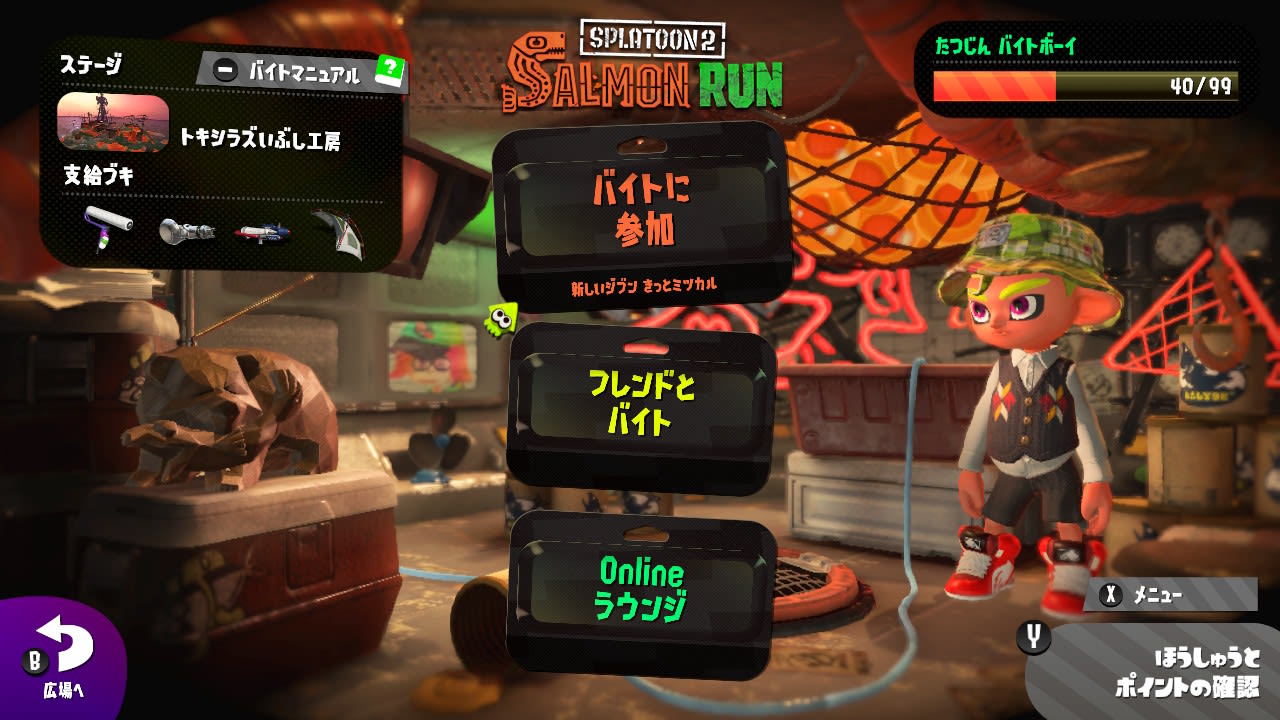 Once you get your player level to 4 or higher you can team up with your friends to fend of waves of enemy salmonids in the "Salmon Run" mode. Salmon Run is a fun cooperative game mode. If you defeat the Boss Salmonid you and your friends will be able to collect Golden Eggs. The weapons that you can use change depending on the time, so it's a great mode for practicing with different weapons and practicing for the team battles. The Salmon Run is such a fun mode that I know some people basically only play this mode, so it's definitely worth a try. 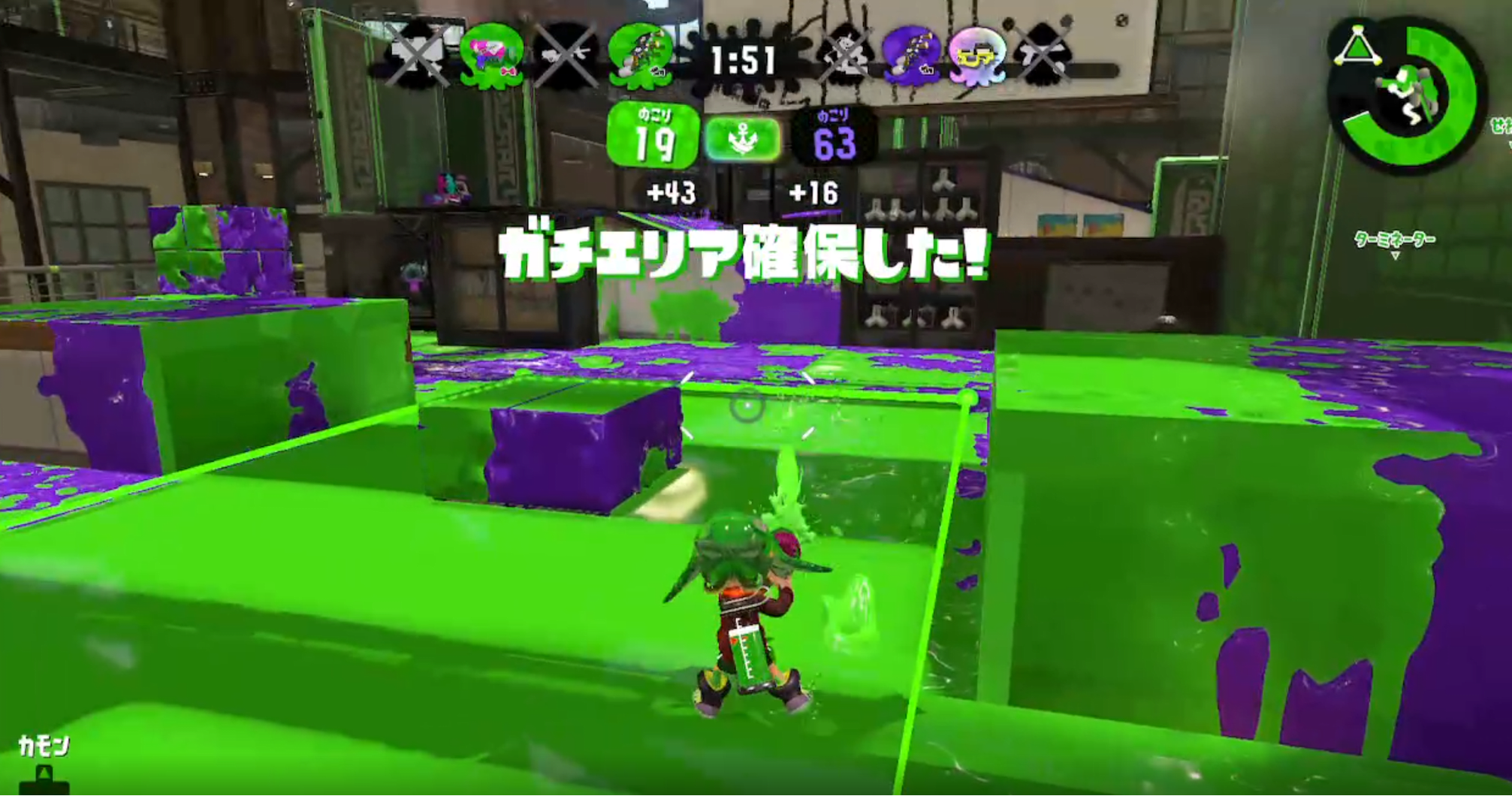 Once you reach a player level of 10 you can compete in Ranked Battles. Ranked Battles are where players can go and really test their skills. There are four modes in Ranked Battles: Splat Zones, Tower Control, Rain Maker, and Clam Blitz. Each mode has its own set of rules and strategies. This is a great mode for those who want to find out how good they really are.

And if you get your rank to B or higher then you can join up with friends in "League Battles," which use the same rules as the Ranked Battles. You will also be able to try out the Private Battles, where you can the exact rules that you want.

Have any of these game modes tickled your fancy? If even one of them has piqued your interest then click on the link below to download the free demo version now. If this brief description of the game modes wasn't enough to get you to want to play, then read on and I'll tell you more.

Fun Gear for All Occasions 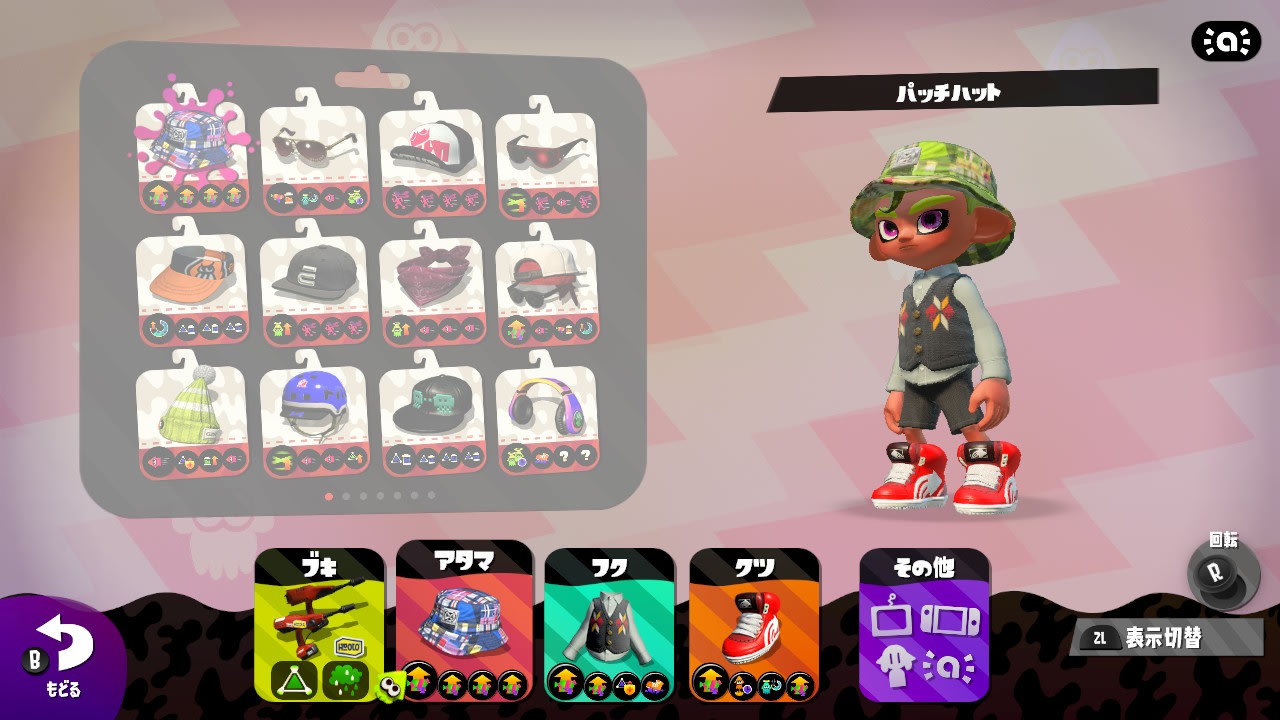 In Splatoon 2 you can customize your character with new items for your head, body, and feet with a wide range of headgear, clothing, and shoes. There are lots of fashionable brands to choose from, so picking your outfit can be as fun as the matches themselves. There's no choice to create your own designs, but it has about as many premade options as the highly customizable Animal Crossing series.

But the clothing options are more than just cosmetic. The clothes also come with special abilities. There's gear that will increase your speed, gear to make your attacks hit harder, and more, so they can really change your game even if you don't change your weapon. Just another reason to love Splatoon 2. 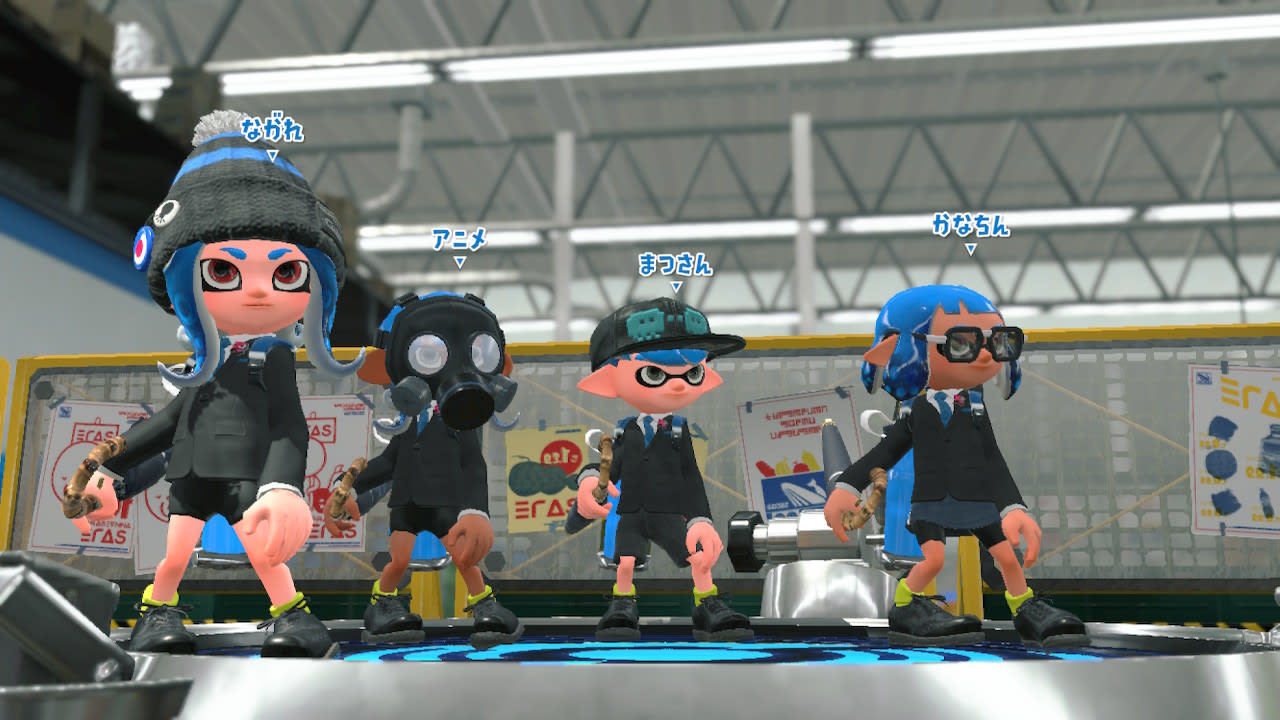 If I had to recommend just one thing to my readers it would be to gear up with your favorite gear and weapons and head into a League Battle. The picture above is a team with gear chosen to look like the students in the film "Kingsman: The Secret Service" which they've combined with weaponized umbrellas that look like the kind of thing a spy might wield. Dressing up as a team not only pumps you up, it also looks really cool when you win too. 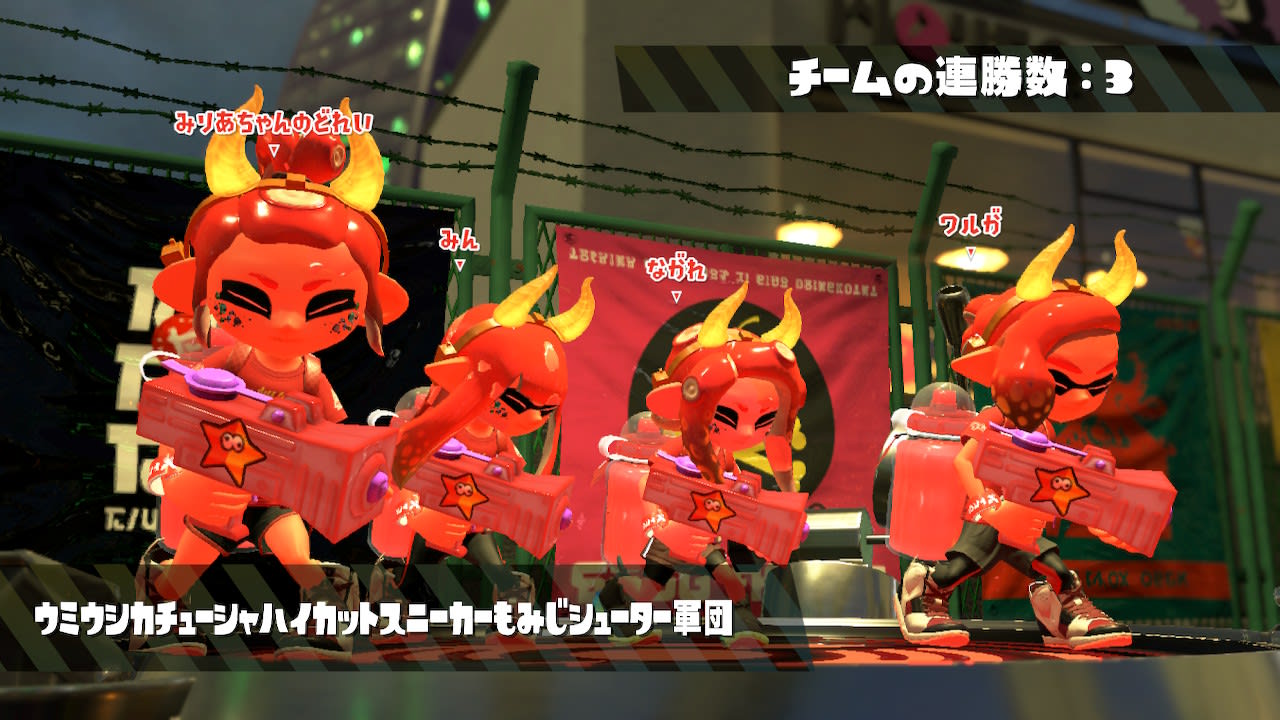 Also, if you dress up like that during one of the special events then you'll get your name displayed above your character like in the picture. This is also something that cannot be missed.

Have I convinced you to try dressing up these cute squids (and octopuses) in your favorite outfits? Still not convinced? Then let me introduce another awesome feature. 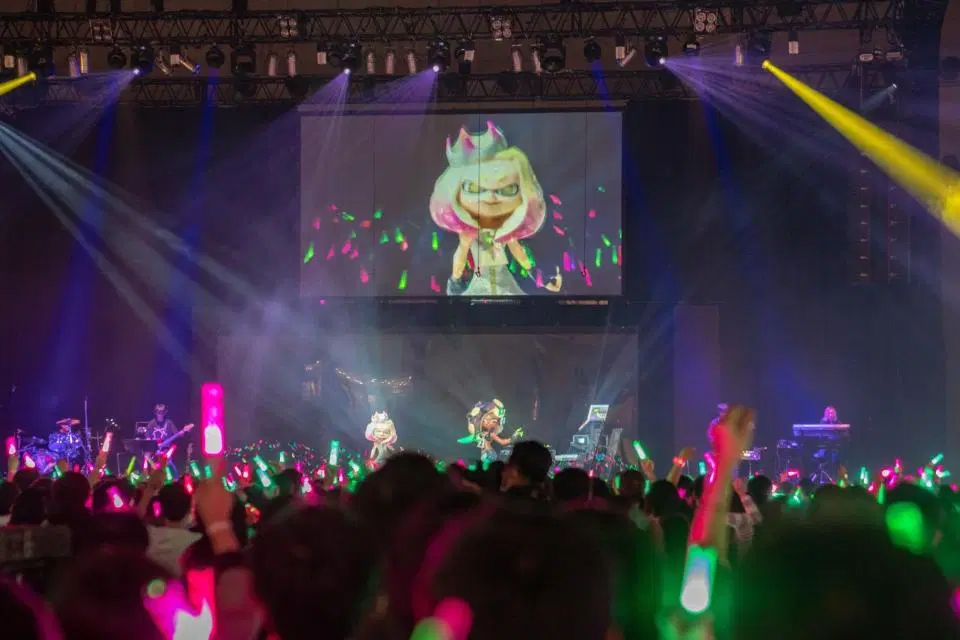 There's a lot more to Splatoon 2 than just the battles. Take the game world and music, for example. Once you start playing, I think you'll be captivated by Splatoon 2's meticulously crafted world and the music that colors that world.

I'm also a big fan of Sega's Jet Set Radio, and not since that seminal title have I been so impressed by a game's world and music. 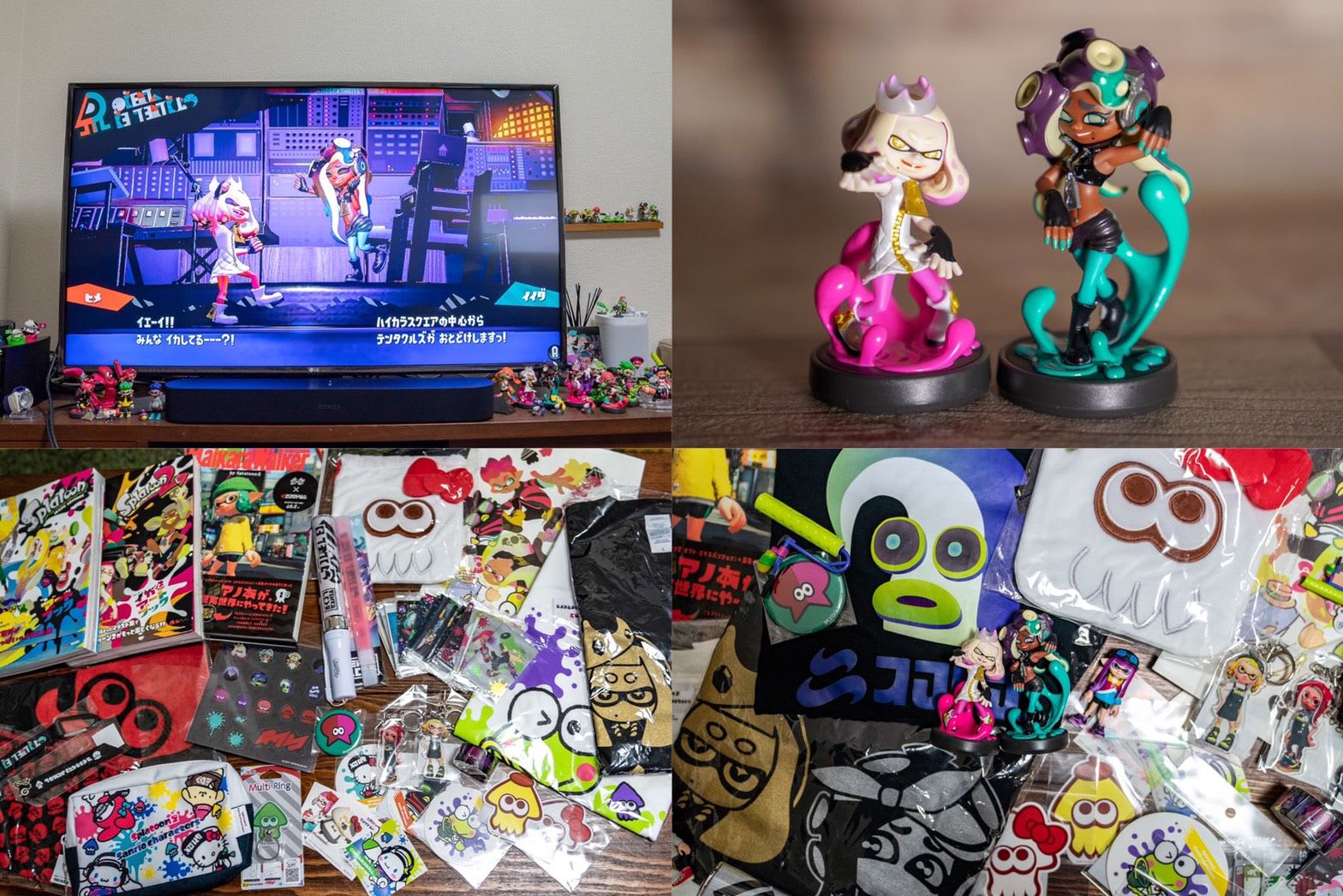 And that world and music has spilled over into the real world. First, there's the merchandise. At this point I've purchased a good amount of Splatoon 2 merchandise, and I can confirm that it's all well-crafted and highly satisfying.

My haul after waiting in line for 2 hours at Nintendo TOKYO!
It's almost all Splatoon!!!
31 items in total. And that's even with me trying my best to not go mad. lol
Now, where to put it all...

The Nintendo TOKYO merchandise in particular is incredibly high quality, and help you keep in the Splatoon mood even when you're not actually playing the game.

For more music you should watch the Splatoon 2 live music event from Game Party Japan 2019. That's just a taste of what's out there. If you're short on time, skip to 7:50 and check out the Tentacles perform their set.

So as you can see, it's possible to enjoy Splatoon 2 even when you're not playing, so why not give it a go?

Fun for all ages 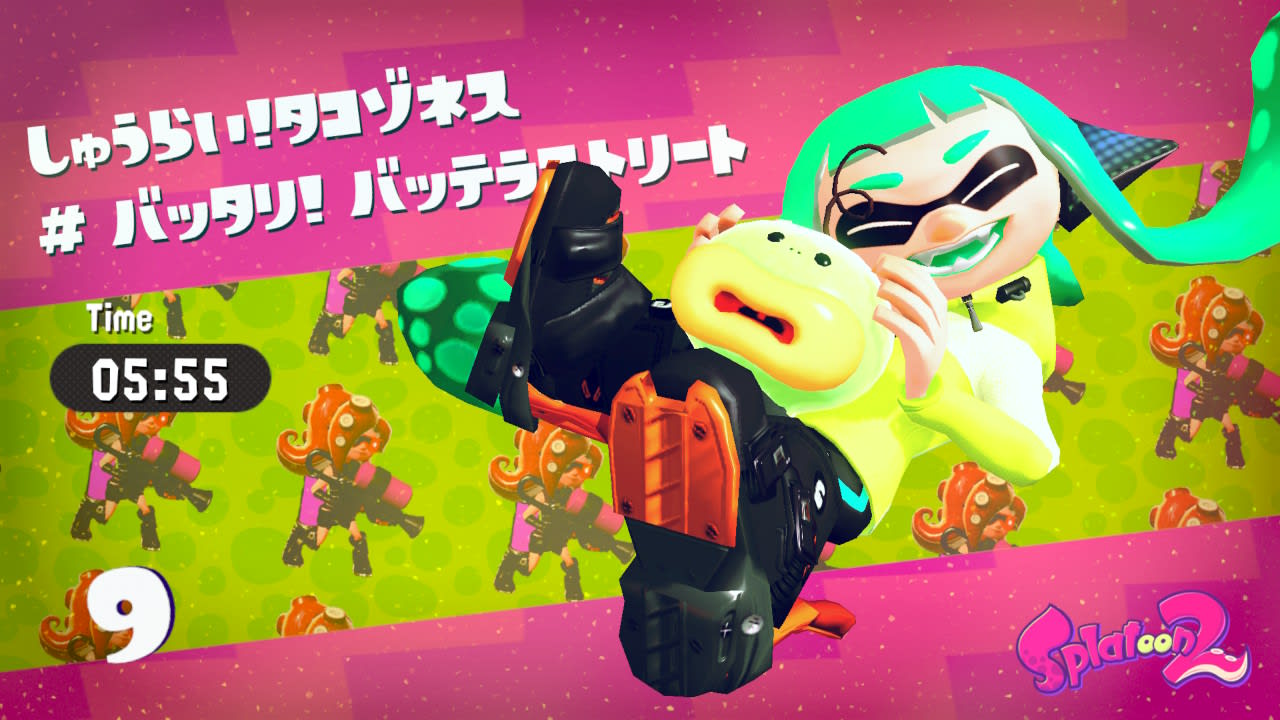 So far I've explained a little about how to play Splatoon 2 and why it's one of my favorite games. I hope that by now most of you have stopped reading and are playing Splatoon 2.

But if you're still with me, here's one last attempt to get you into the game. Splatoon 2 has a lot to offer to both young and old alike. I've played the game with first graders before, and they seem every bit as engrossed in the world as me and have no problem playing the game. Splatoon 2 matches only last 3 to 5 minutes, so you can fit a lot of them into an hour of gaming. The game is popular with elementary school students, so it's an ideal choice to give to children. If you're a parent who's struggling to decide on a game for you child, why not try Splatoon 2? 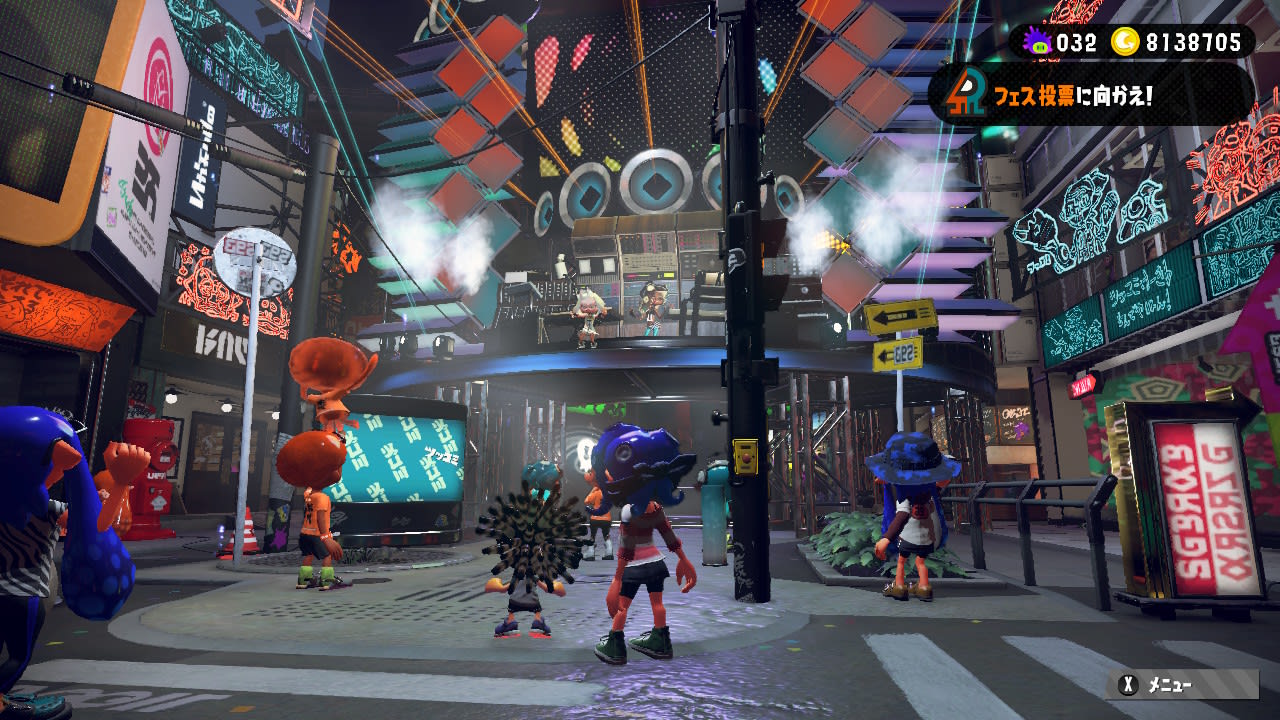 And finally, a little announcement for you all. They're bringing back the Splatfest for 48 hours from 7am on May 23rd to 7am May 25th.

The event is a type of Turf War where players are split into two factions. Events like these were supposed to come to an end in July 2019 with the Final Splatfest, but after 10 long months we're getting another one.

This new Splatfest is a revival of the original. The theme is "Ketchup or Mayonnaise, you decide!" During the Splatfest the limited edition "Wayslide Cool" stage will be available to play. 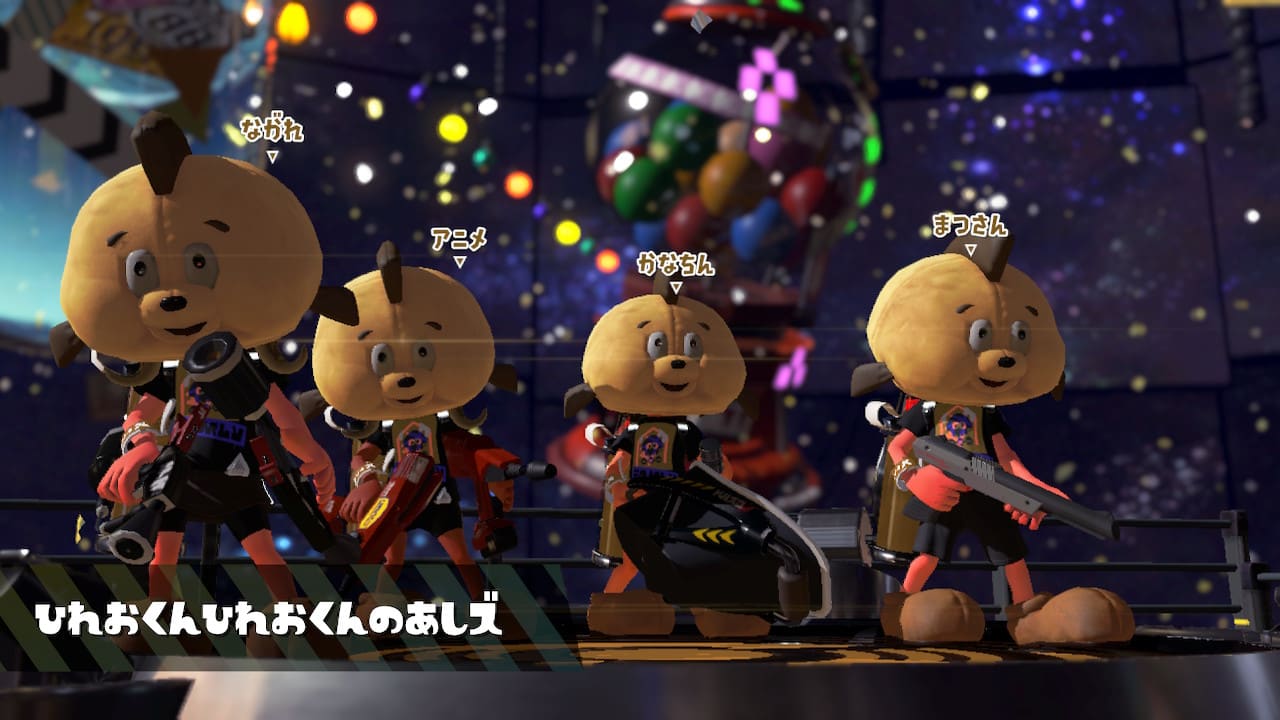 During the Splatfest you can fight with your friends from any faction and play Turf Wars, the regular stages will get a makeover, your teams will have their names on display, and much more.

If I've managed to convince you to play Splatoon then you'll definitely want to give this Splatfest a try. 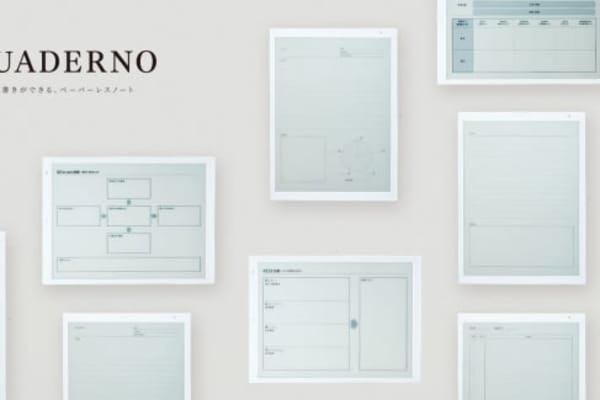 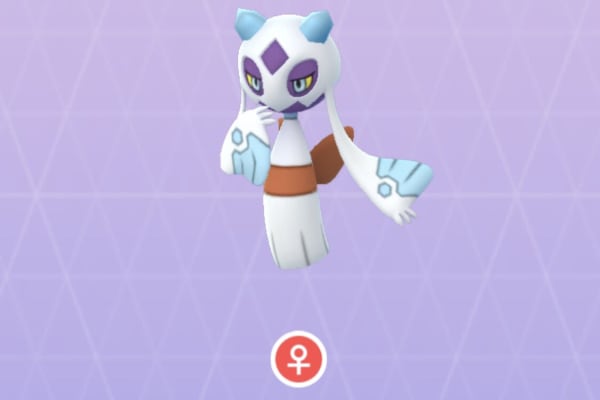 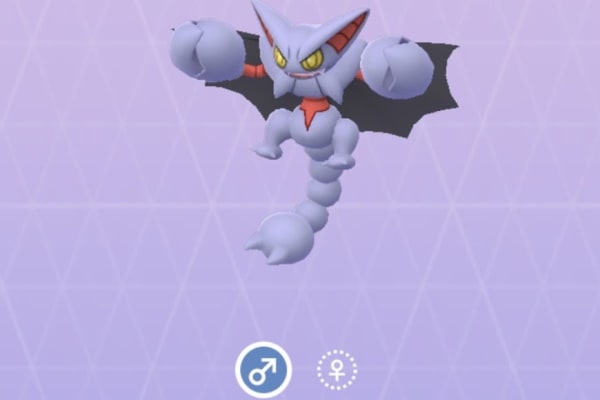