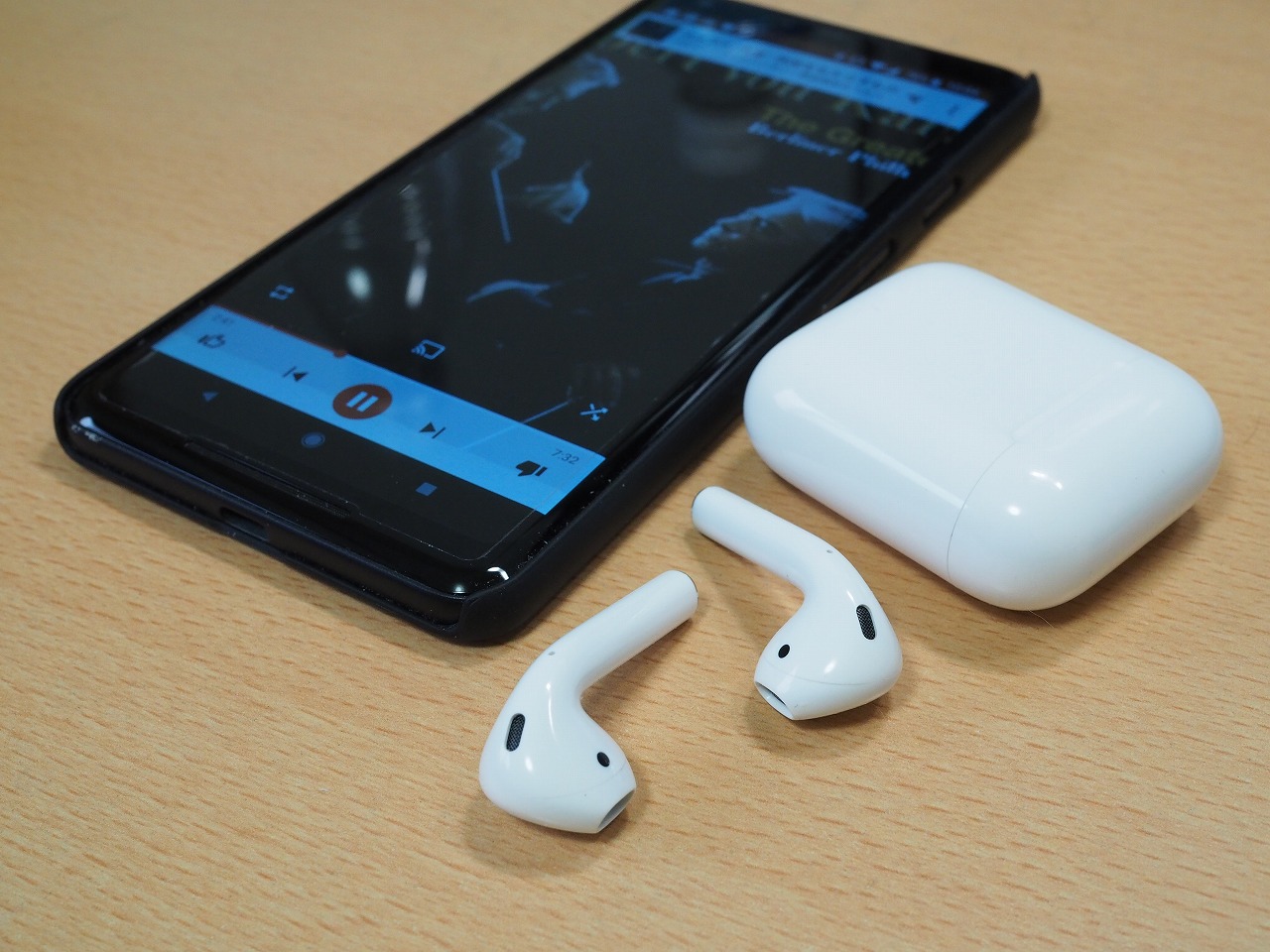 While being ridiculed as "Udon noodles with crusts" more and more people are using Apple's all-wireless earbuds "AirPods".

It's an Apple product, so you might think it's only for iOS devices or Macs, but in fact, it can also be used as a Bluetooth earphone on Android. However, since it is not listed on the supported device on the support page, it is not guaranteed to work. But it's easy to use. Open the charging case, hold down the button, and you're in pairing mode.

All you have to do is register your AirPods on Android just like you would with a normal Bluetooth earphone.

However, compared to using it on an iPhone, the combination of Android and AirPods doesn't offer the following features : But the first "the ability to stop music when removed from the ear" may not be a problem as it is rarely supported. Next, in iOS 11, "Function settings for double-tapping" you can assign Siri, Play/Pause, Next Track/Previous Track, and Off (Do nothing) separately for left and right AirPods, but when you use it for Android, both left and right AirPods are assigned Play/Pause. 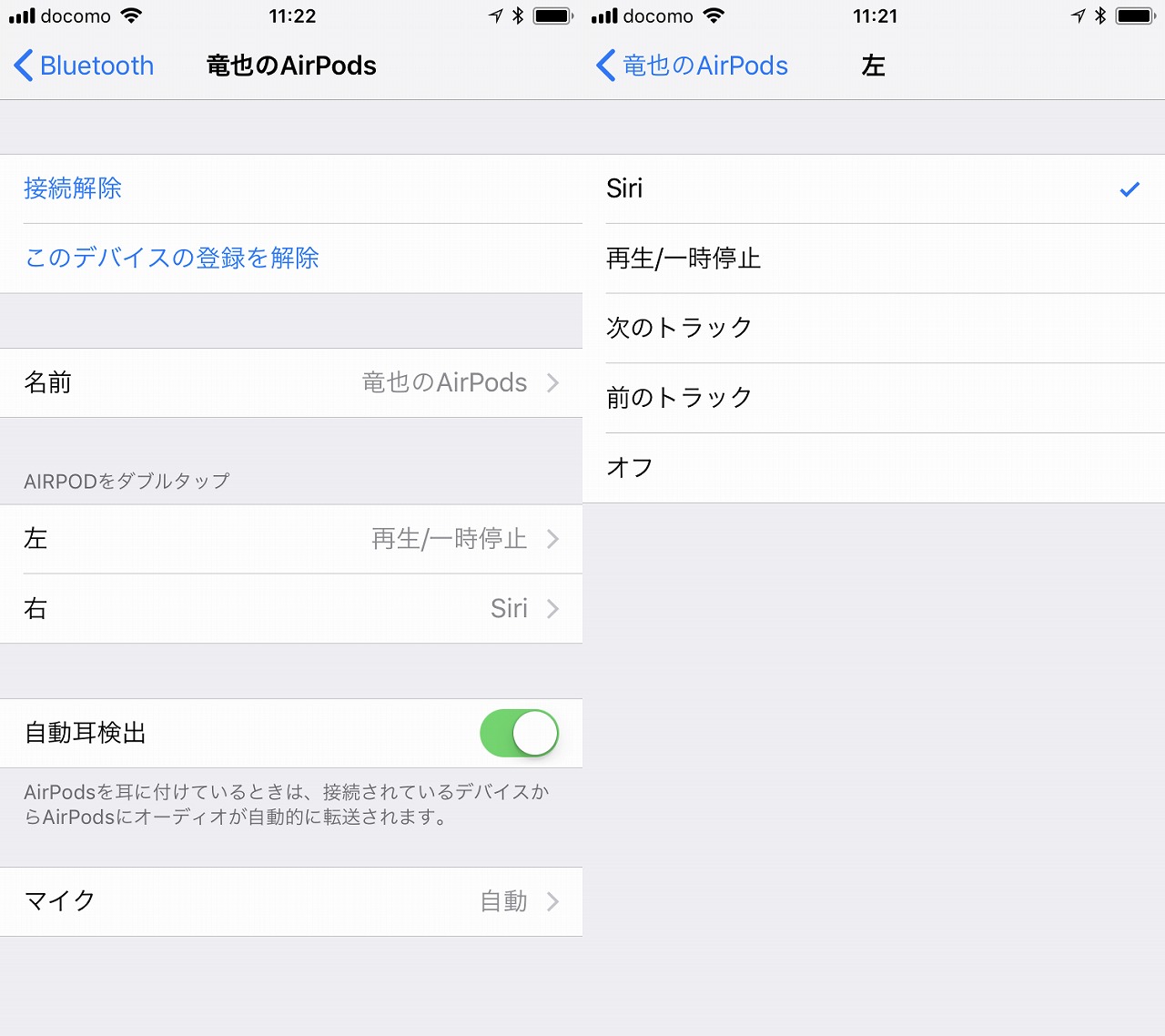 "indication of the battery level" is what you see when you move your AirPods closer to your iPhone. Of course, it can't be displayed on Android. There are also devices that let you check the battery level on the Bluetooth screen on Android these days, but AirPods doesn't. 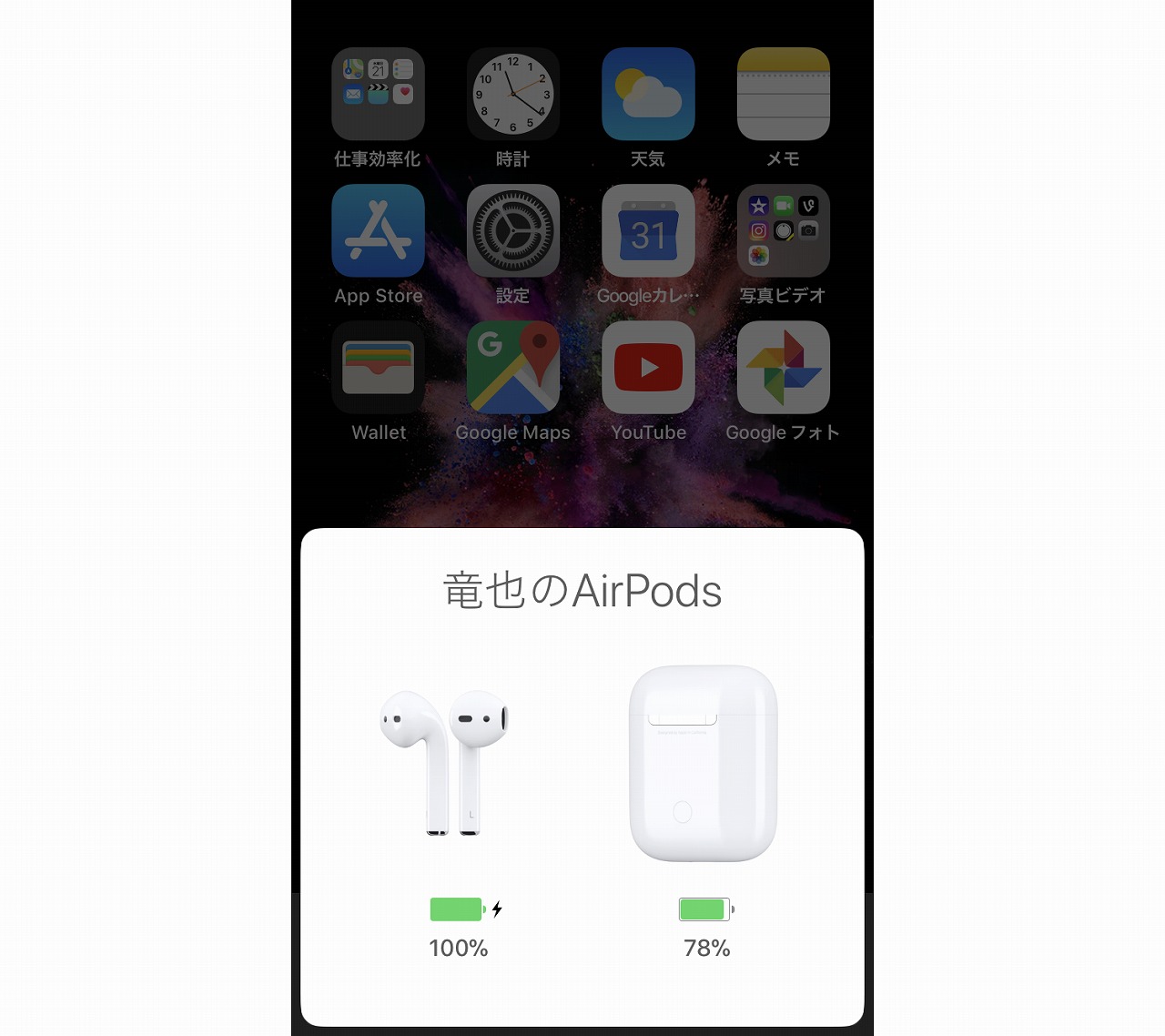 But actually, there are a few apps out there that make AirPods a bit more useful on Android. 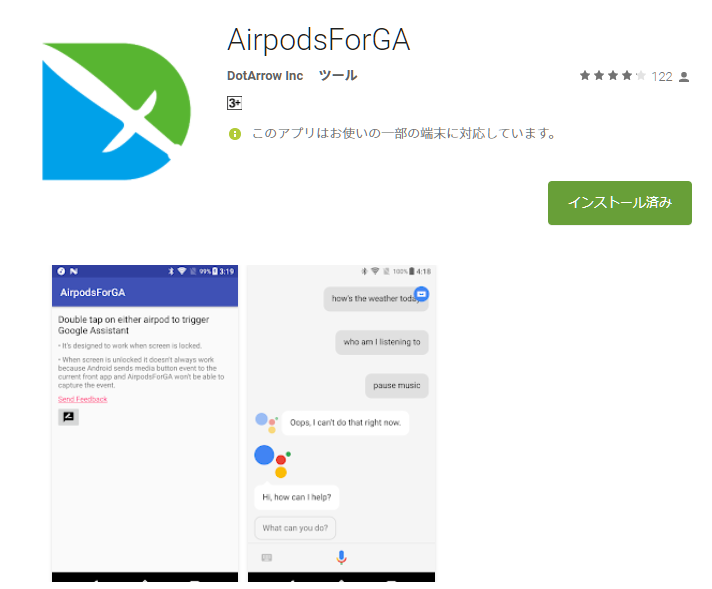 Note that the app assumes your phone is asleep, so double-tapping AirPods while using your phone may not work. As an app, it's just sending commands, and how it behaves depends on which app is running at the time.

Next up is the app 'AirBattery'. It is an application that can display the remaining battery on Android like iPhone. 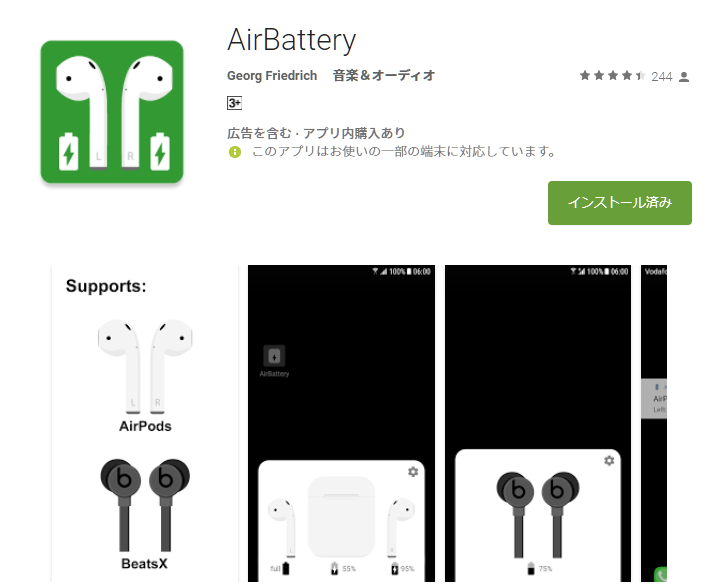 You can use it for free, but an advertisement will be displayed. In the Pro version (130 yen), the ad disappears and you can check the battery level in the notification area. 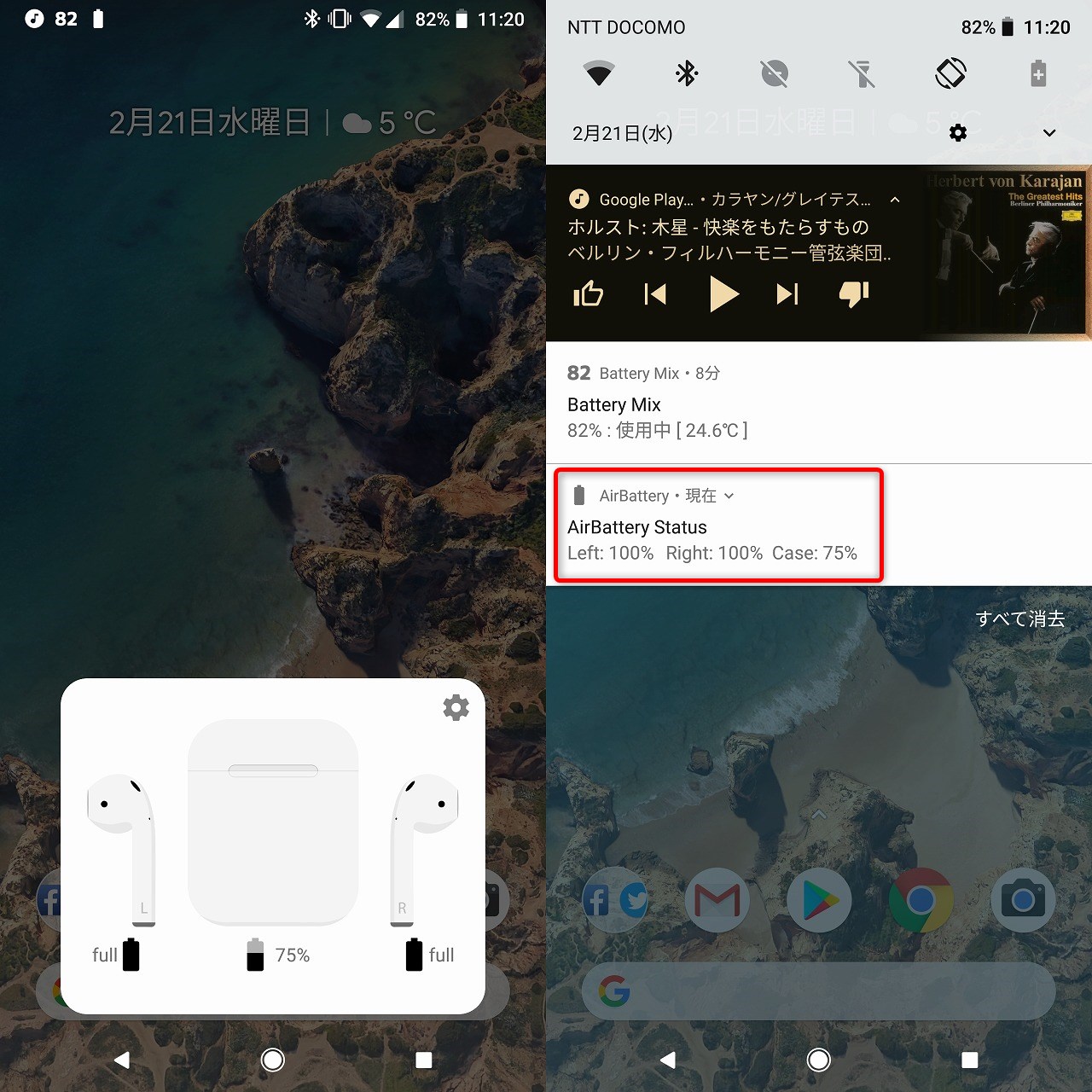 Because the AirPods' charging case doesn't have a built-in Bluetooth chip, you can only see how much battery is left in the case if one of the left or right AirPods is in the case. Also, the battery charge display is Full, 95%, 85%, in 10% increments. This is a limitation of the AirPods themselves.

The app also works on BeatsX, which has the same W1 chip as AirPods.

With the recent proliferation of affordable wireless earbuds like Zolo Liberty, there's no advantage to using AirPods on Android. However, the AirPods are relatively compact and easy to carry compared to other wireless earbuds, and because they are made by Apple, there are plenty of accessories available, such as silicon cases.

In that sense, Android users might consider it as an option. 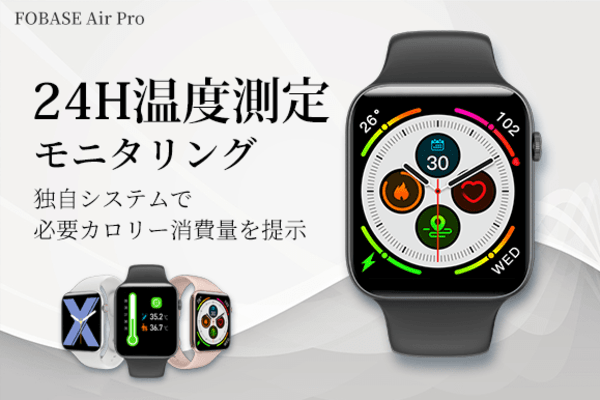 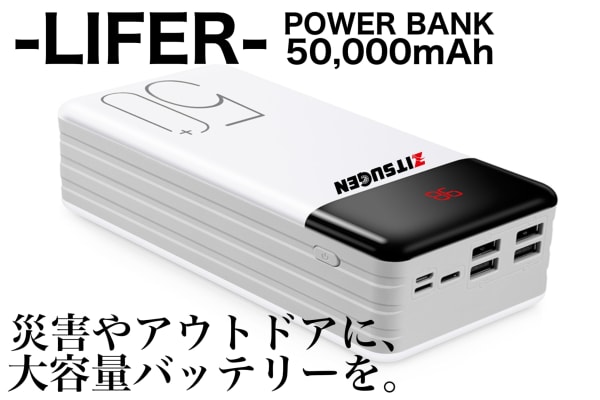 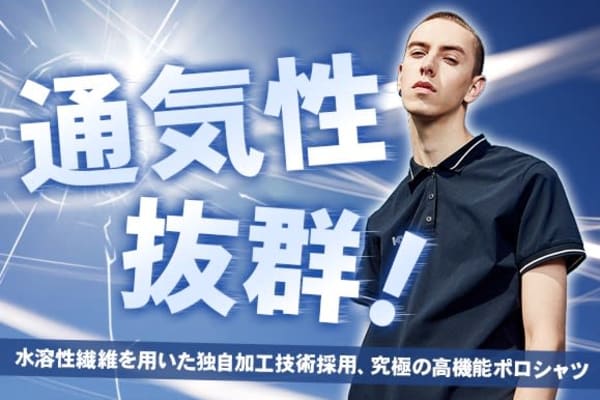 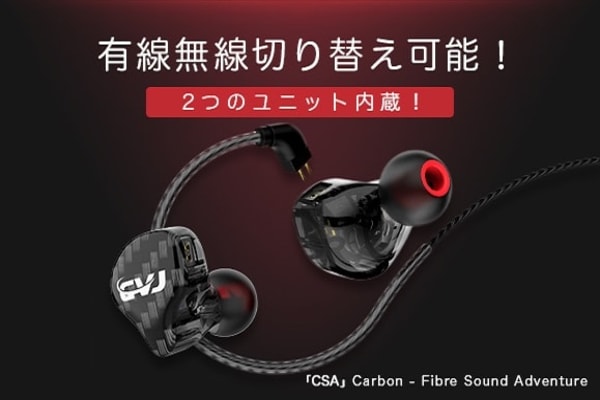 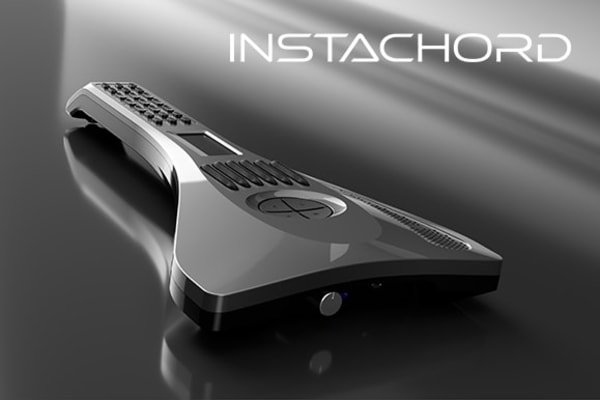