Amazfit band5 with SPO2 measurement and Alexa features for only 7,000 yen: My best buy of 2020

Accessories are compatible with mi smartband5. 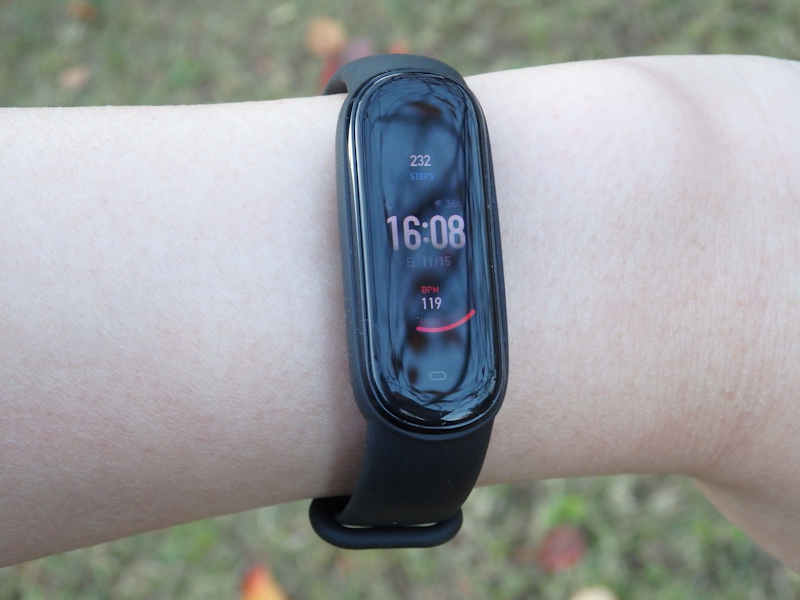 Tapping on the bold text and images in the article will take you to the Amazon product page.

I bought several smartwatches and smartbands this year, but the one I liked the most was the Band 5, a lightweight, simple design from the Amazfit series.

The Amazfit Band 5 is a smart band that was released in October 2020 in Japan.

First of all, the good thing about this Band 5 is that it is inexpensive, but includes a complete set of necessary features. You can find it on Amazon for around 7,000 yen (as of November 20).

This is the cheapest price point in the Amazfit series, along with the recently released retro-type "Neo" and others.

Huami, the company that manufactures these smart bands, is actually a group company of Xiaomi, which designs and manufactures smart wearable products such as the Mi Smartband series.

And Huami even sells the developed wearable products as its own branded products under the "Amazfit" brand.

A similar but more multifunctional version is the Amazfit band5

Although these two devices are very similar in design, the Amazit band5 has two features that the mi smartband5 does not have: the blood oxygen level measurement (SpO2 sensor) and the Amazon Alexa voice assistant.

The SpO2 sensor has become a well-known feature with the AppleWatch Series 6. It gives you an indication of how much oxygen is in your blood. 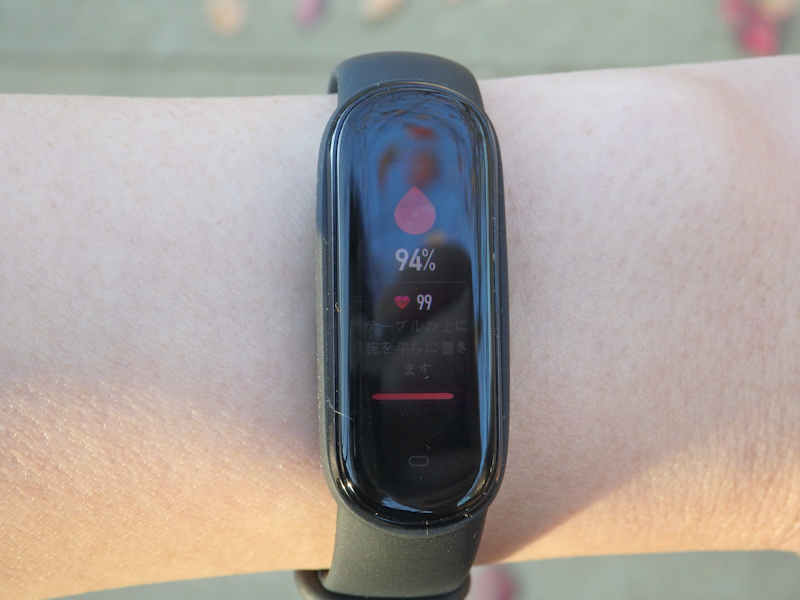 SPO2 measurement with Amazfit band5. It's impressive that a band in this price range can do this.

Isn't it amazing that you can measure SPO2 with Amazfit band 5, which is a fraction of the price of the Apple Watch?

Also, the Amazfit Band 5's biggest selling point is its "Alexa-powered" voice recognition artificial intelligence assistant, known as the Amazon Echo and other smart speakers. Unfortunately, it doesn't respond by voice like Amazon Echo, but when you ask Alexa, it responds to the display.

As of November 15, as of this writing, it is still only available in English (it is officially claimed to be available in Japanese in a later update), but if you ask "Alexa, how is the weather today?" for example... 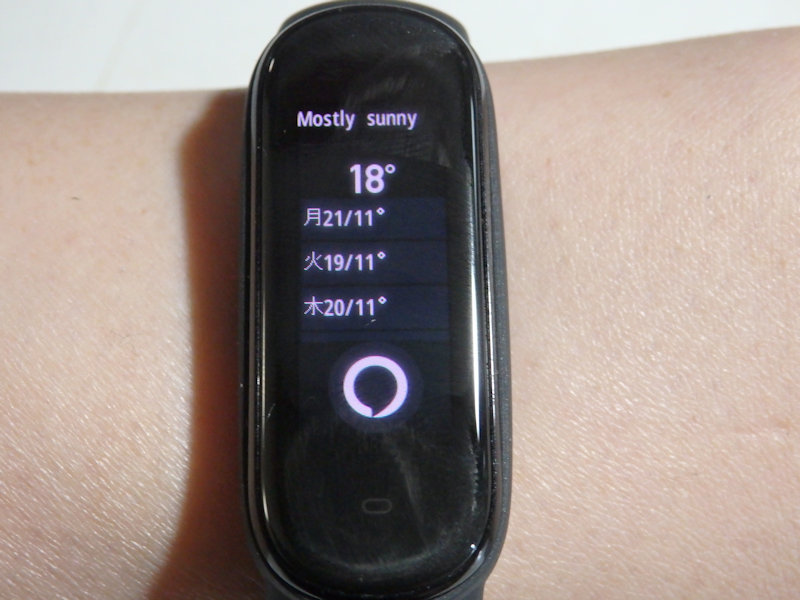 It will show you the current weather and the temperature, as shown in the photo.

"Can I buy a Coke?" When asked, Amazfit band5 also responds, "I've added it to my Amazon cart," which seems to make it possible to shop as well.

All we have to do now is wait for Alexa's Japanese language support in the OTA update, which is said to be coming soon.

Compatible with mi smartband5 is also a strength

And the nice thing about this Amazfit band5 is that it's the same size as the Xiaomi Mi Smartband5, so the accessories are compatible!

The Xiaomi Mi Smartband is, after all, the number one selling smartband in the world, so there are plenty of peripherals for it. One of the advantages of the Amazfit band5 is that you can also buy and use this wealth of options for the Mi smartband5.

For example, there is a wide variety of interchangeable bands available from third parties, so you can choose the one you like. 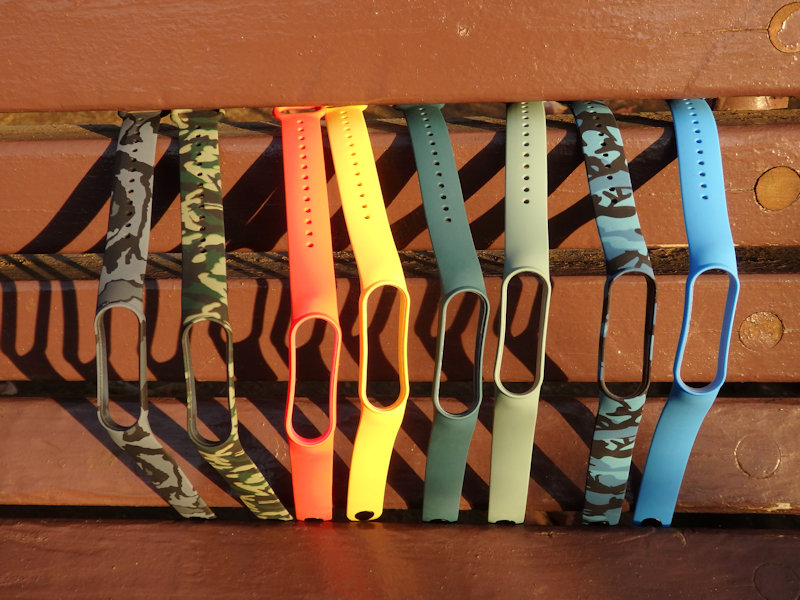 This is a set of eight color silicone bands that I recently bought. Marine camouflage is my favorite.

Not only silicone, but also zinc alloy, gold plating, glass, and leather are available. With these, it is possible to use a seemingly simple smart band as a "watch" in accordance with TPO.

It's nice to have a smart band that is "cool as a watch" from the start, but it's also nice to be able to make it look like a watch with accessories like the Amazfit band5 or the Mi Smartband. That's why I'm a fan of the band5 this year!