Tap on the bold text and images in the article to go to the e-commerce sites.

The DJI OSMO Pocket has been on the market for a little over two years now, and it's still very popular! Recently, we often see TV personalities filming with their own devices on TV shows. Its successor, the DJI Pocket 2, is now on sale! The basic set is priced at 49,500 yen, and the price of the Creator Combo, which includes accessories, is 64,900 yen. 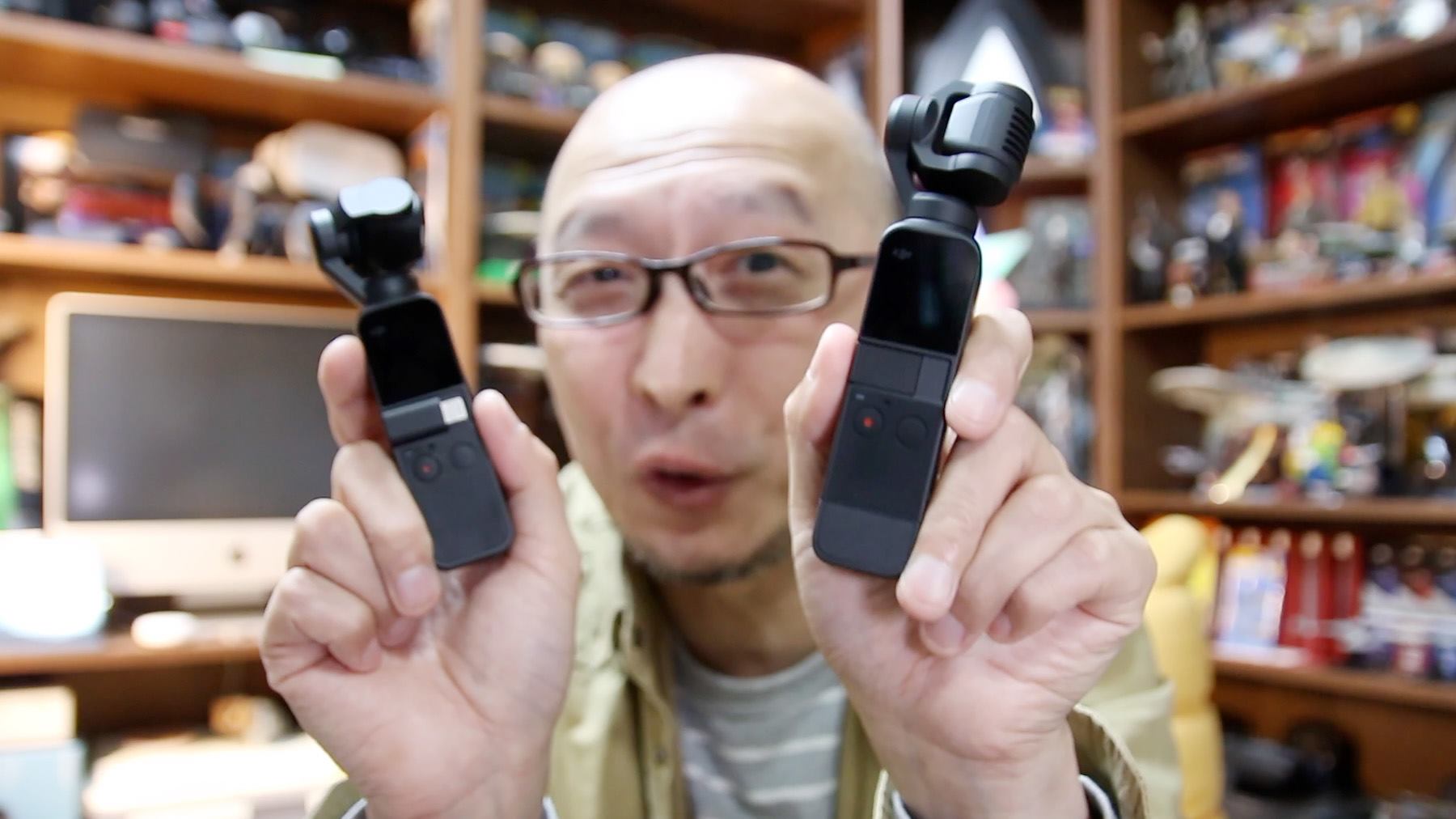 The narrower angle of view, the biggest weakness of the OSMO Pocket, has been eliminated with a wider angle of view, and the sensor has been upgraded from 1/2.3" to 1/1.7" with higher image quality. But at a glance, it doesn't look much different from the previous model, and I've already bought a lot of accessories...is it necessary to buy a new one? Should I also buy the standard set or the Creator Combo? I tried to answer these questions by comparing the old and new Pocket.

First of all, let's start with the difference in angle of view, which I'm most interested in. The original model had an 80-degree field of view and a focal length of 26mm in 35mm equivalent (about the same as the iPhone 12's wide-angle lens in terms of specs). The Pocket 2 has a much wider angle of view to 20mm on a 35mm equivalent basis with a viewing angle of 93 degrees. This difference is quite large.

The impression is about as different as a wide-angle lens attached to the first generation. In addition, a wide-angle lens is included as standard, so the impression is very different, especially for selfies. What's more, the Pocket 2 doesn't just have a wider angle lens, it also supports zooming: you can zoom in at 2x for 4K shooting and 4x for Full HD. The image quality has also been improved to the point where you can see it at a glance, and the autofocus is now excellent. I used to make the mistake of not being able to see the details on the small screen and not being able to focus on them, but this seems to have solved that problem a lot. In addition, the ability to take close-ups makes it possible to use the camera in a much wider range of situations. 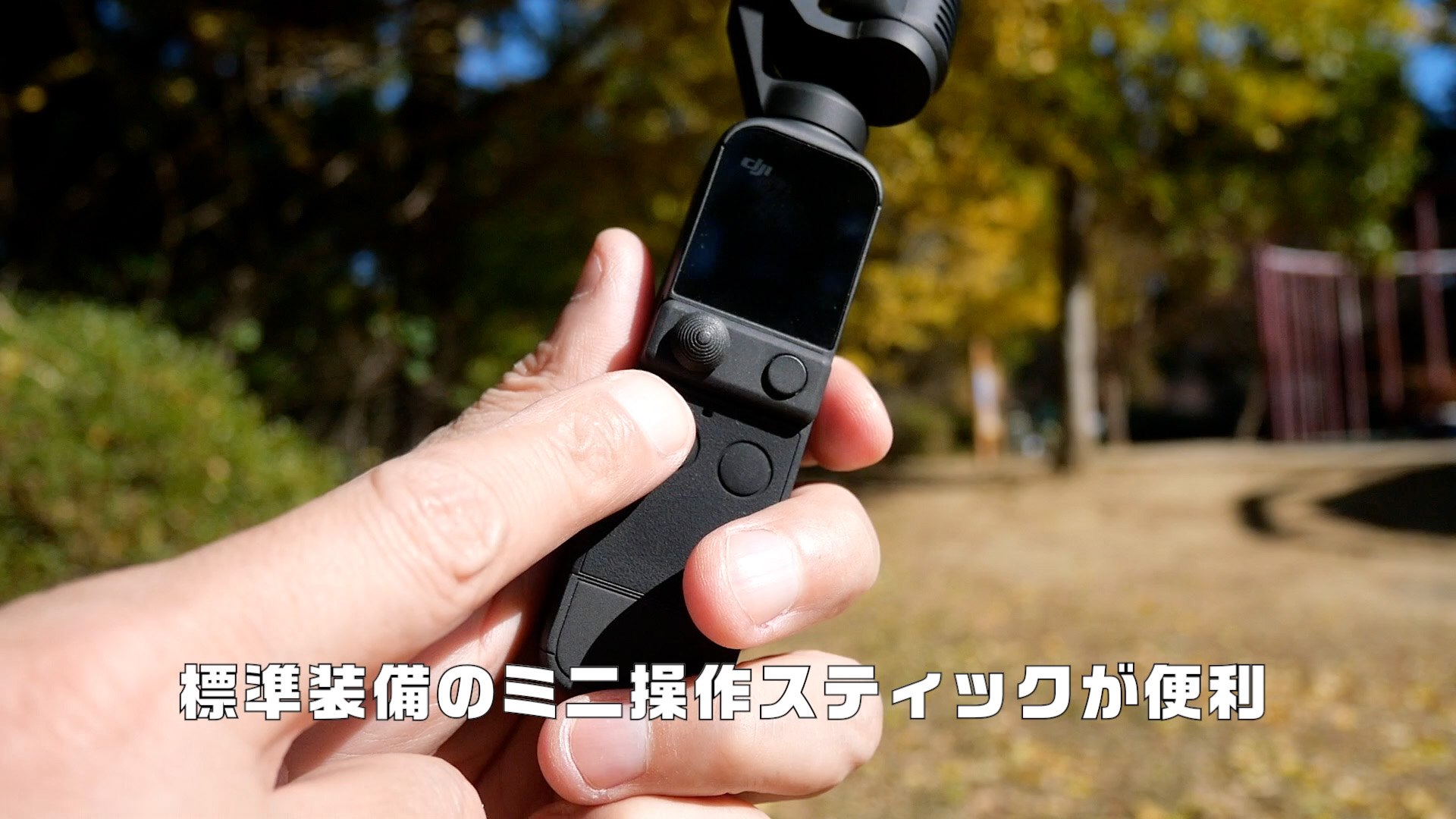 I'm glad to see that a tripod mount is also included as standard. But was it necessary to make this a separate part? And the "mini control stick" for manually operating the electric gimbal is also standard equipment. This is small but well made and easy to use. I installed it on the first-generation OSMO Pocket and it worked fine except for the zoom. I think first-generation users will want this one as well. 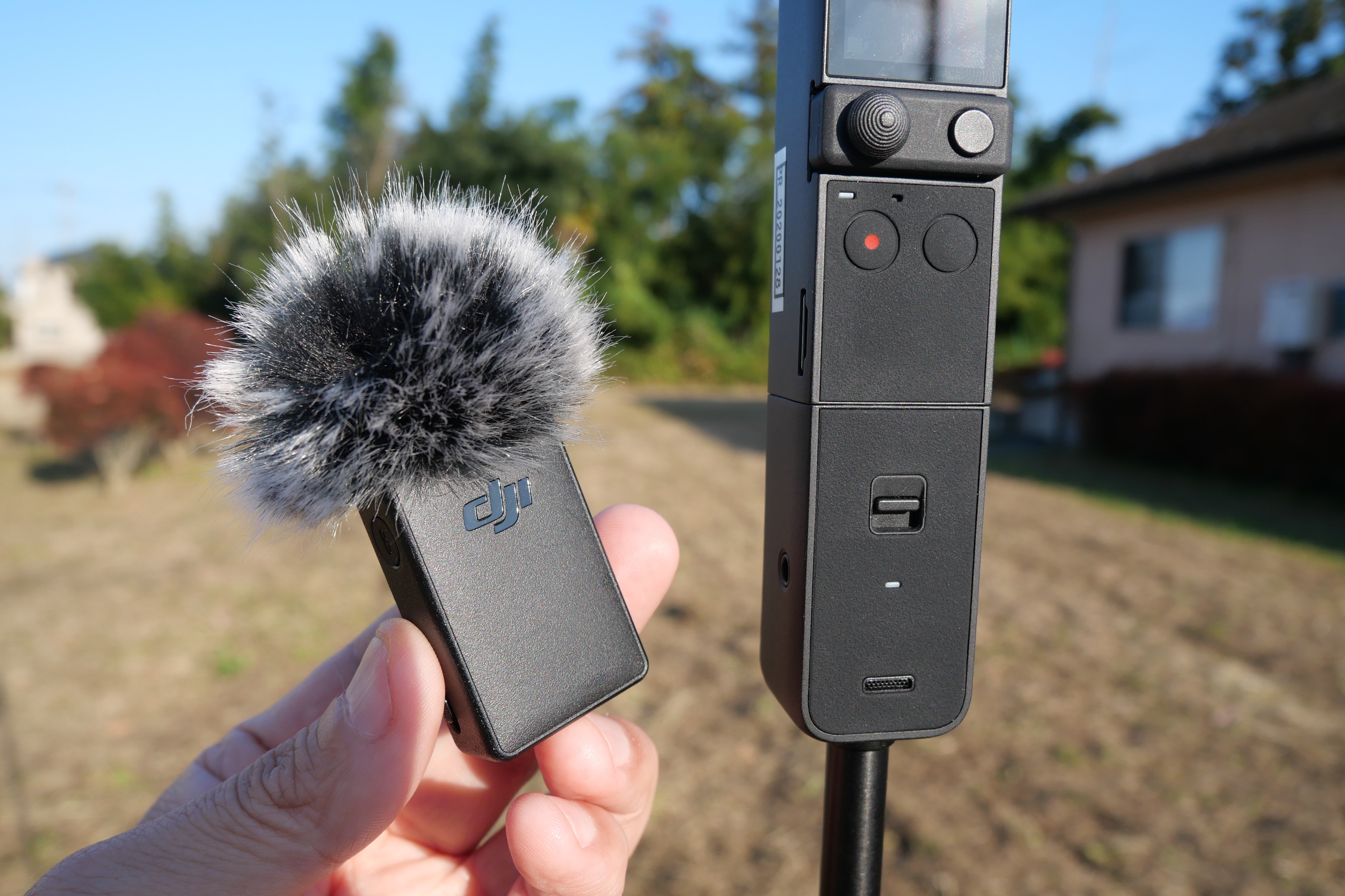 The Pocket 2 has more microphones and better sound quality on its own, but the Creator Combo also ships with a wireless microphone. Personally, I try to use equipment that can be wired in the workplace, but I think that the range of expression will expand if it is wireless. By the way, the 3.5mm microphone adapter was also available for the Pocket 2, so you can use an external microphone even if you don't use the Combo. 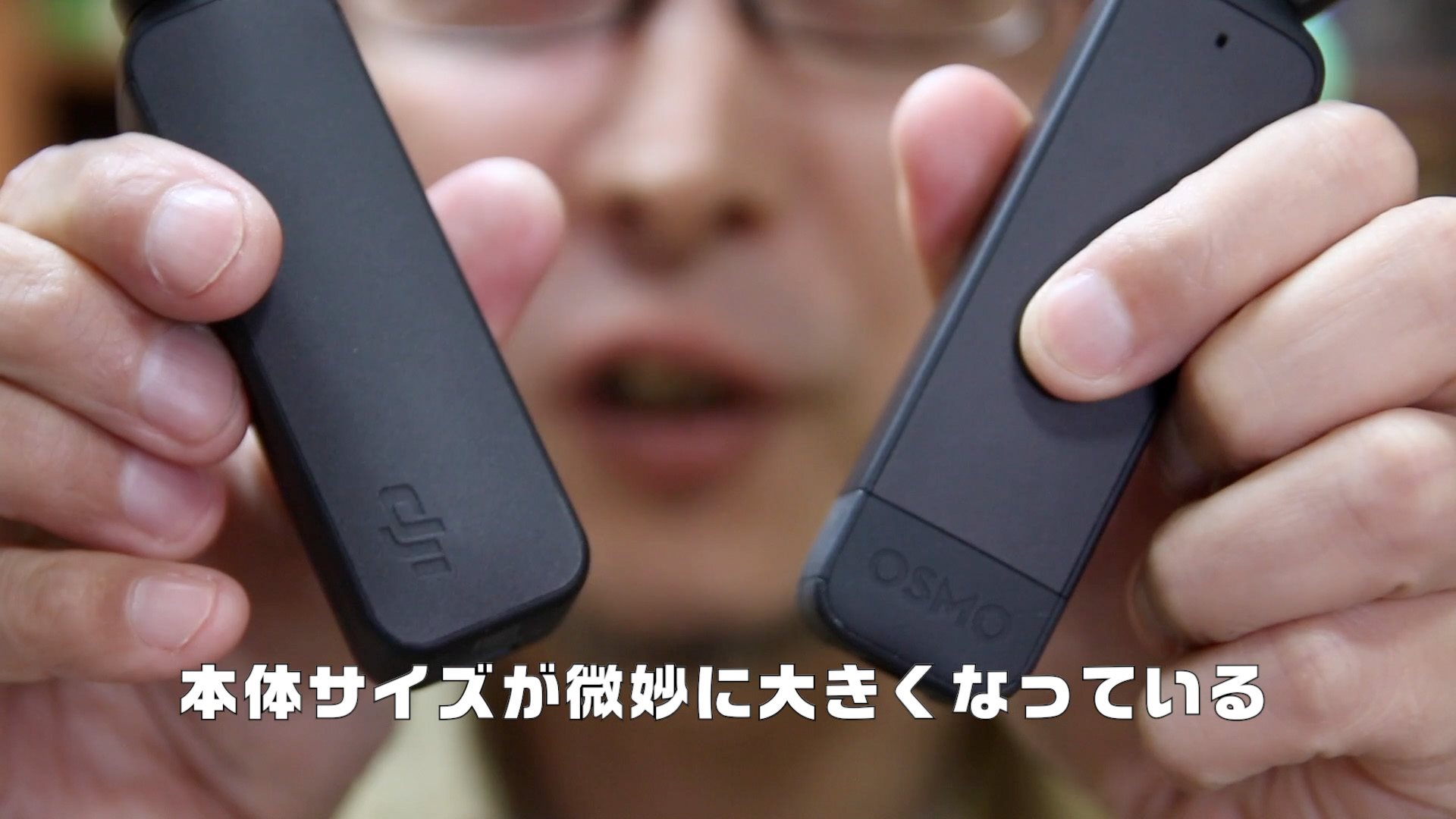 It seems that many of the accessories, including those made by third parties, can be transferred to Pocket 2 from the previous model, but some of them are not usable because the body size has increased just a little bit. This is a little disappointing because I had the impression that the size of the device had not changed.

If you don't have the original OSMO Pocket, I recommend you to buy the Creator Combo. If you are a first-generation user who has bought a variety of accessories, the standard set may be fine in many cases. Personally, I felt that the improvement in autofocus performance was more important than the increased angle of view. You'll feel the effect, especially when you're shooting close to small objects.