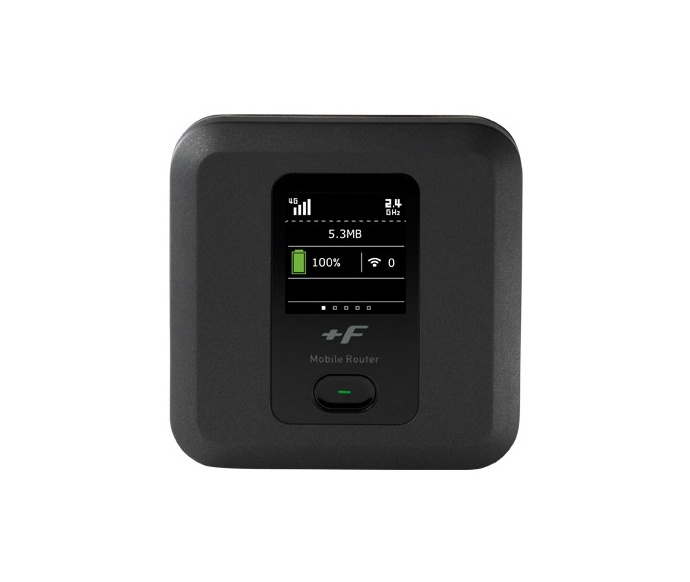 Fujisoft, which is mainly engaged in the development of embedded software for automobiles and electronic devices and the construction of business systems for finance and distribution, released the mobile Wi-Fi router "+F FS040W" on July 7.

It can be purchased by both individuals and businesses, and is available at Gaiearth Net Shop, Anshin Mobile Yahoo Shopping, Bic Camera, Only Service, and FUJI WiFi. Corporate sales will be handled by Freebit. The price of the device will not be disclosed.

The features of the +F FS040W can be roughly divided into the following three categories.

The home kit (sold separately) is equipped with a high-performance 2-stream antenna and supports beamforming, which concentrates radio waves on a specific device. Simply plugging it into an electrical outlet and connecting the +F FS040W to the main unit improves communication speed and ensures stable communications.

For the first time in this model, the ability to use it as a mobile battery can be used by providing an optional cable. It can be charged via the USB Type-C port and has a battery capacity of 3060mAh. It can provide up to 20 hours of continuous communication, according to the company.

Another feature of the +F FS040W is that it is not SIM-locked at the time of purchase, which is what is known as SIM lock-free. It can be used by inserting SIM cards from many telecom companies, including the three major domestic carriers. The size of the SIM card is one nano card.

The previous model +F FS030W had a maximum downlink speed of 150Mbps, but the new +F FS040W has an improved speed of 300Mbps. However, it is only a theoretical value, so it depends on the actual communication environment. The uplink is the same for old and new at 50Mbps.