On September 16, GoPro announced the new GoPro HERO9 Black action cam. As previously rumored, the main feature is a color front-facing display, which allows users to check the composition of the camera while taking selfies. In addition, the 23.6 MP sensor will support 5K 30-frame video recording and 20 MP still photography.

The HERO9 Bundle, which includes a floating handgrip and a spare battery, is also available. Its price is 60,000 yen (including tax) at GoPro.com. GoPro Subscription subscribers can purchase the bundle for ¥49,000. I had a chance to try it out ahead of its release, so I'll share with you how it feels.

On the outside, the 1.4-inch color LCD on the front side is the biggest change we've seen. The front display shows the picture as it was taken in real-time, which will come in handy when you're taking selfies. By the way, you can also turn it off in the settings. Speaking of action cams with a front display that allows you to take selfies while checking the footage, DJI's Osmo Action is already on the market, and it's a perfect follow-up in that regard.

Aside from the front display, at a glance, the appearance is largely the same as before. With a power button on the left side, a shoot button on top, and a retractable mounting finger on the bottom, it's not much different from the previous GoPro HERO8 Black (HERO8). If you've used previous models, you'll be able to use it right away. It seems to be a step-by-step improvement.

The battery has also been increased in capacity to 1720 mAh (1220 mAh on the HERO8), improving the runtime by up to 30% over the previous model. The battery is replaceable as before, and it's the same as the HERO8 in that it has a microSD card slot and a USB Type-C port in the battery compartment on the right side.

It's important to note that due to the change in body size, some accessories for the HERO8 are not compatible with the HERO9. The Display Mod for the foldable retrofit display and the Light Mod for the small LED lights are also available on the HERO9, but the Media Mod for the frame-based accessory, which allows you to add a directional microphone, 3.5mm microphone jack, and mini HDMI port, are not available. The HERO9-specific Media Mod are sold separately.

In addition, there's also a new accessory for the HERO9, the Max Lens Mod, which offers more powerful image stabilization for video recording up to 2.7K 60 frames per second and a 155-degree ultra-wide angle shooting, which will be available in October.

The key feature of the HERO9 is the support for 5K 30-frame video recording. I took a quick shot of it.

Yes, the resolution is high at 5120 x 2880 pixels, but it's important to note that it only supports up to 30 frames. For scenes with a certain amount of movement, you might want to shoot at 4K 60 frames.

While support for 5K shooting is important, it's also worth noting that the HyperSmooth image stabilization feature has evolved to HyperSmooth 3.0, and the Horizon Leveling feature has been added to automatically adjust the camera to keep it level when shooting.

These two features can be used together regardless of the video resolution setting (although the angle of view will be narrower) to reduce blur and avoid situations where the picture might be spinning in intense action scenes. All of these settings are suitable for action cams, but how well do these features work in practice? I held the HERO9 in my hand and ran down the hill as fast as I could to find out. Here's a video of the HERO9 with image stabilization off. Please note that the screen is shaky.

Then, here's a video with HyperSmooth 3.0 turned on with the Boost setting. As you can see from the comparison, the camera shake is reduced to a weird degree.

And finally, here's a video of HyperSmooth 3.0 turned on with the boost setting and the Horizon Leveling enabled.

As you can see from the video, the Horizon Leveling feature seems to be unnecessary if you're only walking or running. It seems to be a useful feature for more intense situations. Turning HyperSmooth 3.0 on may reduce the angle of view a bit more than with HyperSmooth 3.0 turned off, but I'd like to use it aggressively if it can reduce the amount of camera shake.

Another advance in the HERO9 is a feature called TimeWarp. It is a feature that allows you to take a stable time-lapse video while moving. It has evolved from 2.0 to 3.0, and now you can add real or half-speed video recording while shooting. Audio is also added when shooting at real speed.

Here's a video I shot using TimeWarp 3.0, where I didn't have to worry about how fast I was walking because HERO9 automatically selects the time-lapse speed. The time-lapse video while moving is exactly like going to warp. And since you can quickly change the recording speed to real or half speed in your hand, you can make a "just like it" video without having to edit it later.

Other features have been added, including the following

The recently announced ability to use GoPro as a webcam is also available on the HERO9, and while there may not be many people who buy a GoPro for webcam purposes, it's a useful feature with good image quality.

You can take movies on HERO9 alone, but we recommend using it in conjunction with the GoPro app, which is available for iOS and Android. From the app, you can control your GoPro, including changing settings, check your videos and photos, easily edit them, and live streaming in 1080p quality.

What I found particularly useful about this app is the ability to change the shooting settings. You can change them on the device, but it's clear that the large screen of a smartphone is easier to use than the 2.27-inch touch-enabled display, even though it's bigger, and you can register up to 10 shooting presets on the HERO9, so it's a good idea to use the smartphone app to set them in advance.

Another advantage of linking to a smartphone is that you can operate the camera without touching it directly. This is also convenient when you don't want to move the camera for such as time-lapse video recording. You can transfer the videos you take to your smartphone via the app, making it easy to share them on social networking sites.

It looks good for vlogging as well as action scenes

What I've found in the HERO9 in practice is that it looks good for vlogging on trips. The front color display, which is new on the HERO9 for the first time, means you won't go out of frame when taking selfies, TimeWarp 3.0 allows you to simply walk around with the HERO9 on your person and record your activities on your trip. Besides, if you take a video in 5K resolution, for now, you can cut out a still image later and it's as high-resolution as 14.7 MP.

Of course, it's safe for serious action scenes, with its shockproofing and 10-meter water resistance. When you hear the word GoPro, you might think it's for action, but in fact, this is a good way to use it. It's a great way to record great memories if you keep it in your bag for your travels. 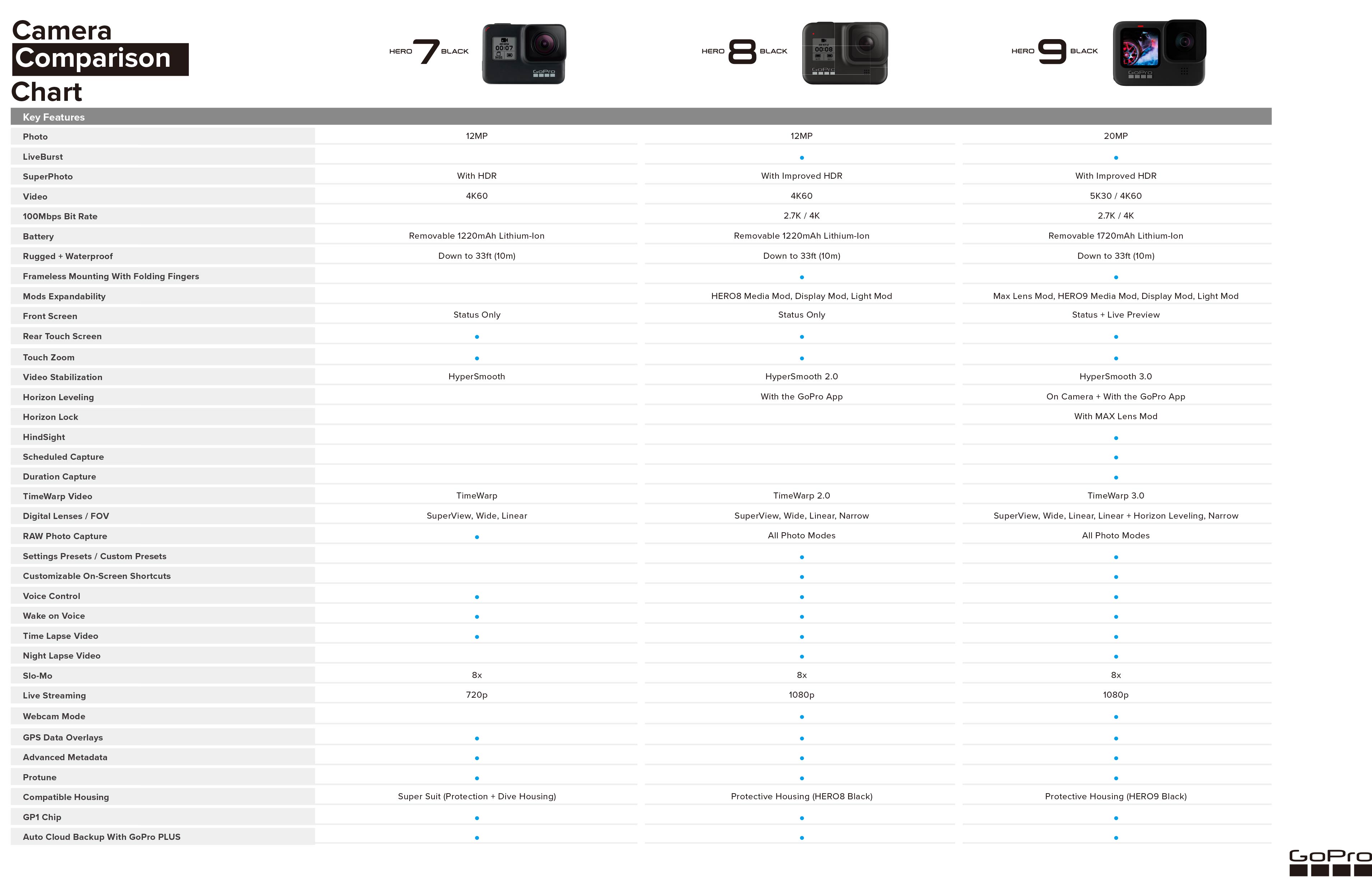