Just add the "+" to make it different. But It's not perfect yet. 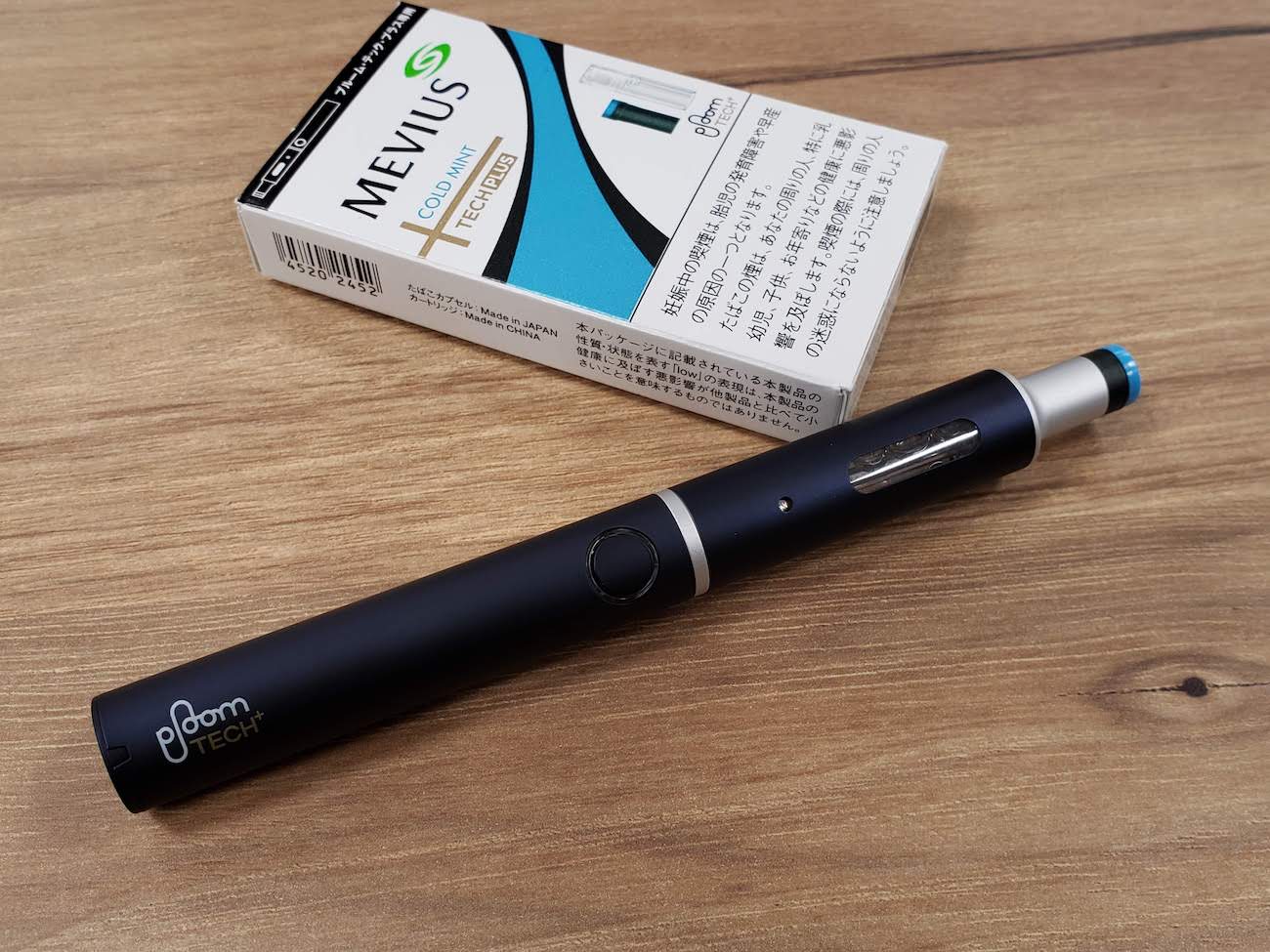 I never thought such a day would come. I'm out of cigarettes.

The device that triggered it was Ploom TECH +. It is JT's heat-not-burn tobacco which the starter kit is sold at 4980 yen. My life changed when I casually held a sample from the editorial department in my mouth.

I have used Ploom TECH which does not have "+", but I stopped using it immediately because the device was hard to use and the satisfaction when I inhaled was not good. However, Ploom TECH + has improved many of the weaknesses of the model without +. ▲Ploom TECH is above. Below is the Ploom TECH +. The liquid and the capsule are completely different and incompatible. ▲Dedicated cartridge. It contains 5 cigarette capsules and liquid. I tried all the cartridges, and one of my favorites is 'COLD MINT'. The strong menthol gives you a refreshing sensation.

One cigarette capsule can be inhaled about 50 times. When you inhale a certain amount, the lamp of the main body lights up, so if that happens, replace the cigarette capsule. In the case of the former Ploom TECH, there were many times when I couldn't smoke because I ran out of liquid when I still had cigarette capsules.

I thought it was because of my strong sucking power, but I met some people who had similar experiences. It may be a structural problem that the liquid has penetrated into the cotton, but the lack of liquid is a big disadvantage. However, we have never experienced a liquid break on the Ploom TECH +, which uses liquid as it is.

More than the liquid problem, the Ploom TECH requires a special adapter to charge. If you leave this adapter at home, it won't charge on the go. In addition, the vertical connection between the battery and the adapter takes up space. It's hard to charge it with a mobile battery in a bag.

However, the Ploom TECH + is charged by micro USB connector. It's a big step forward to be able to charge with micro USB, which is very versatile and widely used. You can charge it with a mobile battery or PC while you are on the go or at a bar.

The Ploom TECH + cleared the liquid and charge problems, which were its biggest drawbacks, and also increased the amount of steam, making it chewier. I thought it was pretty good, so I used it with a cigarette, but gradually I became concerned about the smoke and smell of the cigarette (The lines I often hear, I never thought I would say it ......). In about a month, I made a complete transition to Ploom TECH +. ▲There are plenty of colorful and cool. There are 10 colors in total.
Related Articles
JT's new heated tobacco Ploom TECH + now comes in 10 colors!

Now that I've made a complete transition, I'm starting to get frustrated with Ploom TECH +. The biggest disadvantage is that there is only a lamp to let you know when you have finished smoking. It is hard to check the lamp if it is outside with strong sunlight. ▲The lamp is on when the capsule is dead, but you can't check it.

As you can see in the tweet above, Ploom TECH + is made of stainless steel and has no bumps, so it rolls around when you put it on your desk. I put it in my pocket after I finished smoking in the smoking area, but it fell down when I put it on the desk and dropped it many times.

There are other things that bother me, such as I want it to change to USB Type-C connector, or it is difficult to carry a cigarette capsule. But the iQOS has been upgraded over and over again to improve the quality of the device and the smoking experience, and so has the Ploom TECH +. I'm looking forward to the next version.