Release of the “Evangelion: 3.0+1.0 Thrice Upon a Time” movie delayed. First three “Rebuild of Evangelion” movies released for free. 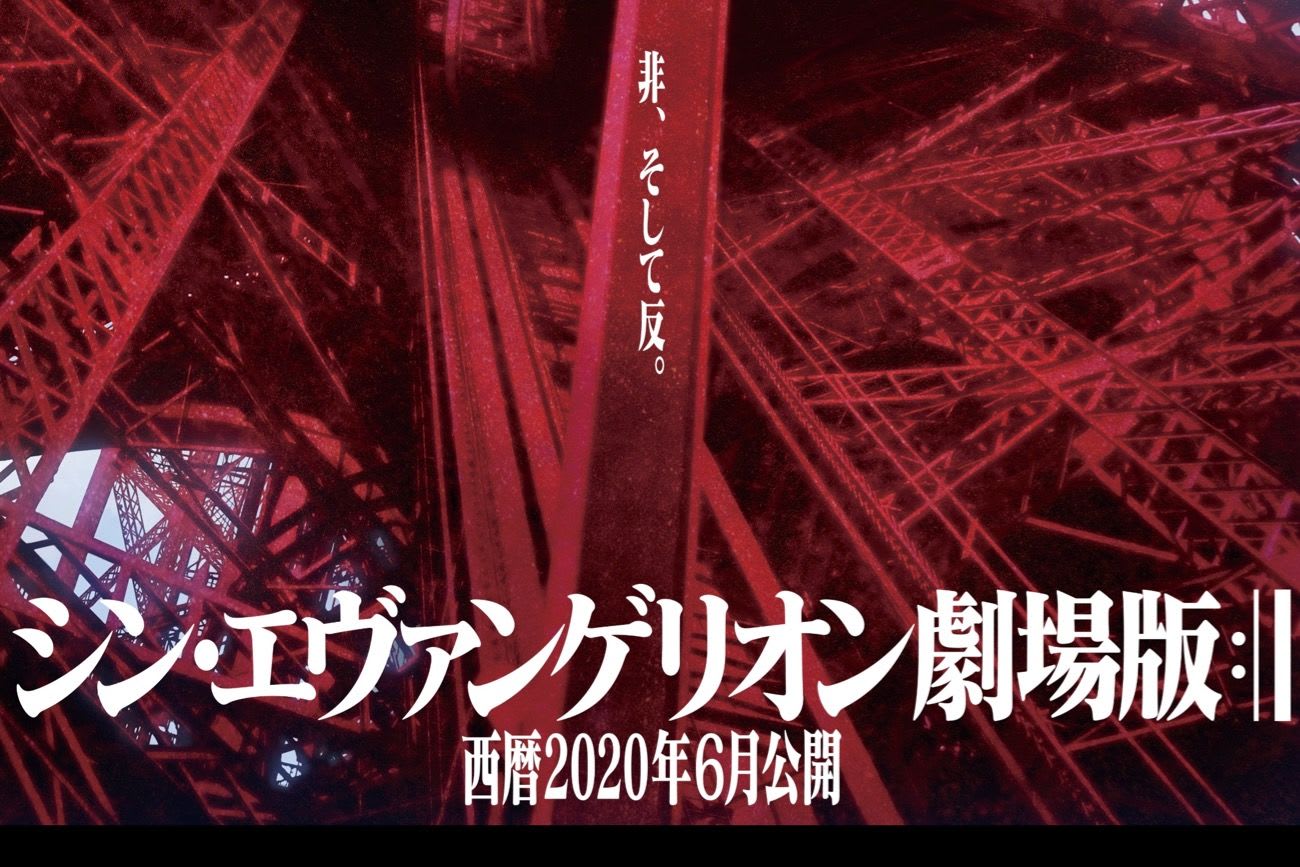 The three animation studios Toho, Toei, and Khara announced that the "Evangelion: 3.0+1.0 Thrice Upon a Time" movie will be delayed further beyond the planned release date of June 27. They explained that the delay is "the result of caution due to the unprecedented situation following the spread of coronavirus (COVID-19) in Japan and worldwide."

Following the decision, the delay was promptly announced on the official "Evangelion" website and social media channels. Tickets included with promotional items will still be valid on the delayed release date. Details about exchanges and refunds can be found on the webpages where any promotional items were bought.

The three animation studios commented, "To our fans around the world, please rest assured that the day you can enjoy the movie is coming, and that we're working our hardest to make it the best we can."

A handwritten message from director Hideaki Anno accompanied the announcement of the delay. While expressing concern for those affected by the virus and medical personnel, he commented, "We've kept you waiting eight years since the last instalment in the series, and due to the unprecedented situation there is now a further delay. I truly apologize for this." 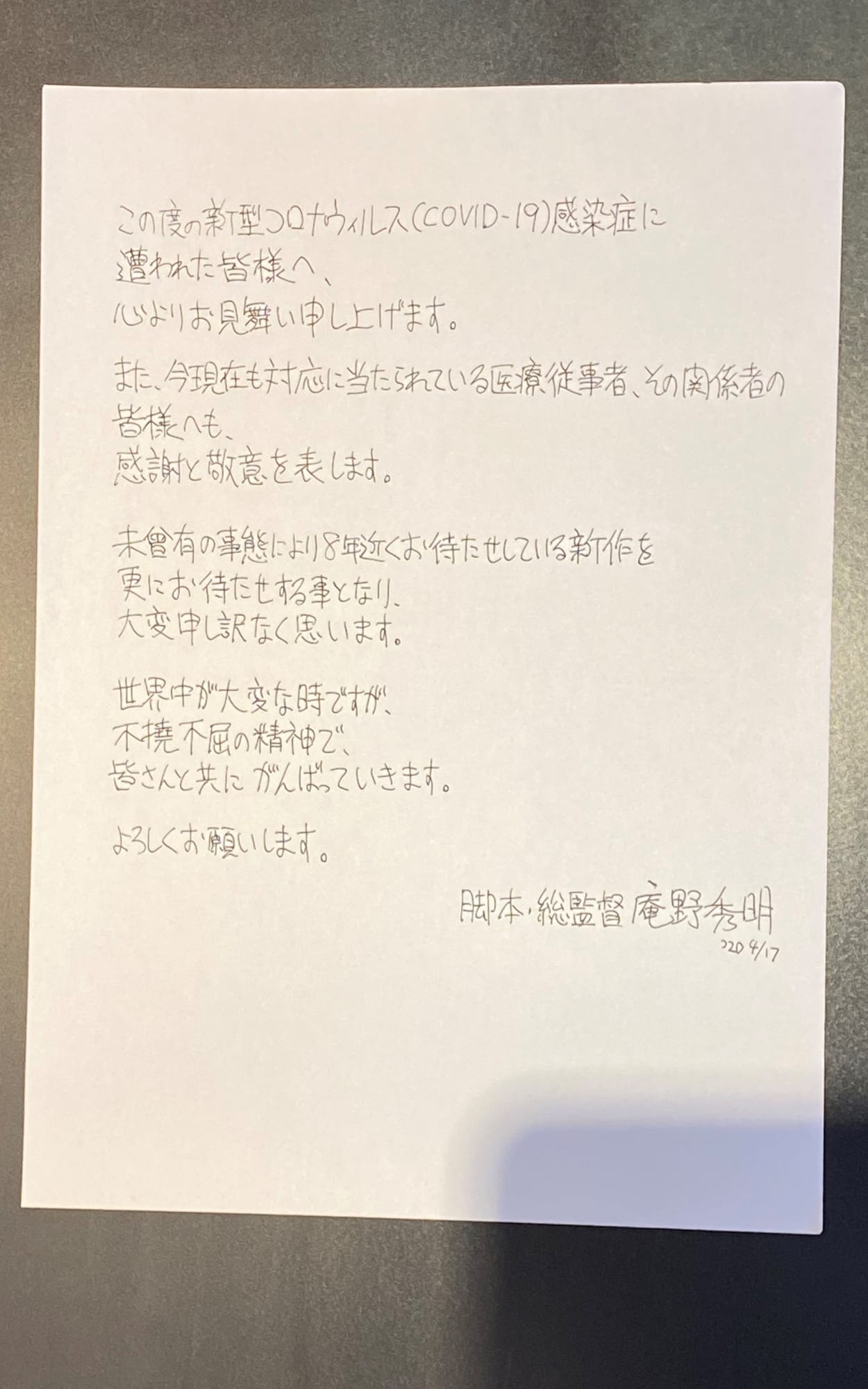 To make up for the delay of the new movie, the first three "Rebuild of Evangelion" movies are being released free of charge. They are available on the official "EVA-EXTRA" app as of 12 pm JST on April 18. They will be released on the official Khara YouTube channel in the week following April 20.
Related Article
"Evangelion: 3.0+1.0 Thrice Upon a Time" release date set for June 27 2020
Source: Khara