An ARM-based Mac in 2021? AirPods Pro without noise cancelling? A Roundup of the Latest Apple Rumors 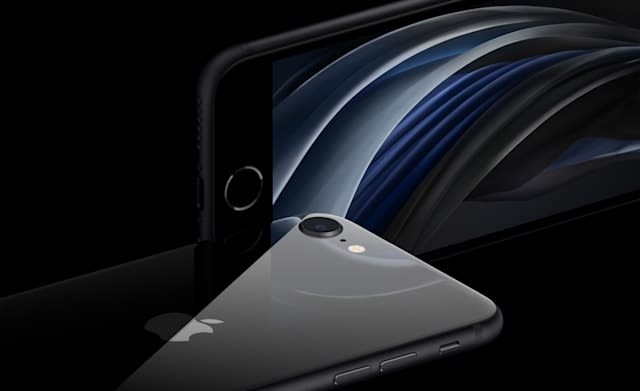 The coronavirus crisis may still be ongoing, but that hasn't stopped the rumor mill from producing yet more details about upcoming Apple products. We may be getting a glimpse into the hardships faced by the engineers struggling to work from home, away from the company's cutting edge equipment.

Here is our roundup of all the latest Apple rumors, from the release of an ARM-based Mac in 2021 to the release of AirPods Pro that won't have active noise cancelling.

Will the iPhone 12 (provisional) really have a Smaller Notch? New Images Leaked 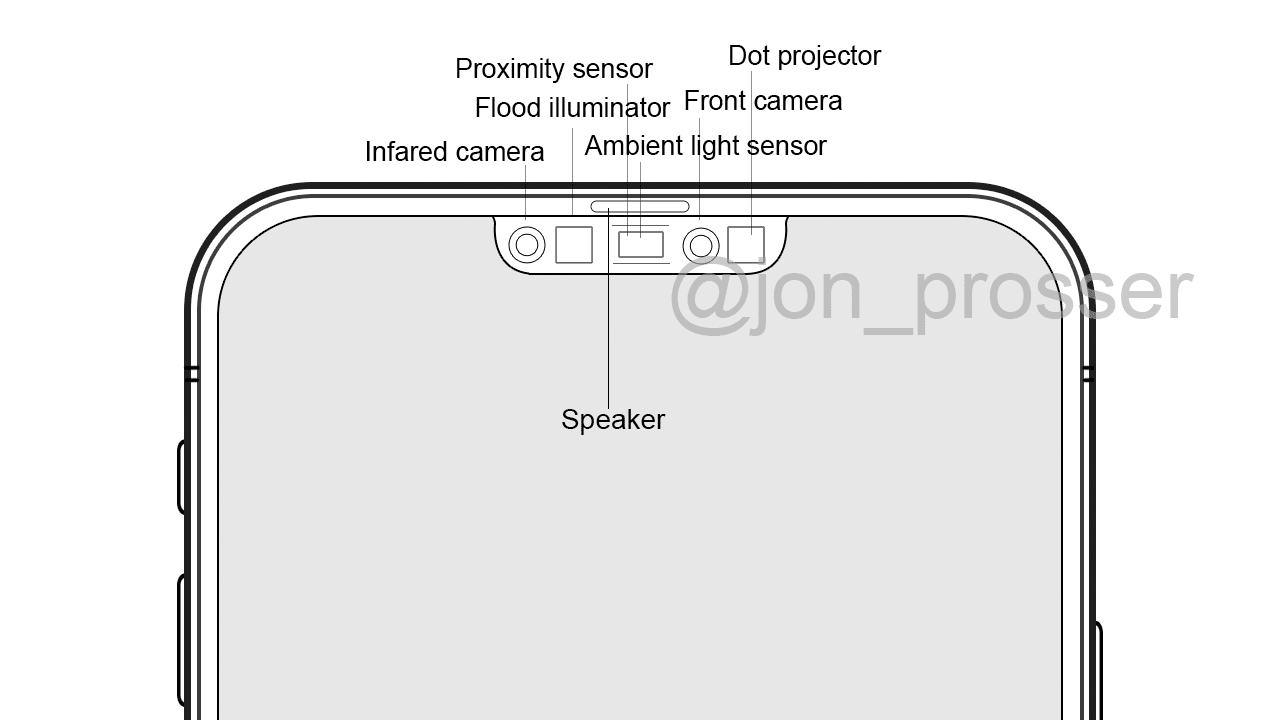 Other manufacturers have already found ways to minimize the notch, and now images released about the upcoming flagship iPhone 12 (provisional) show that Apple may also be trying to reduce the size of theirs.

This rumor comes courtesy of tech expert and noted Apple leaker Jon Prosser. The new images resemble the CAD illustrations leaked by Fudge (@choco_bit) the other day, but they go into more detail about what will be included in the notch.

From the iPhone X onwards iPhone notches featuring Face ID have all had a similar configuration with the speaker in the middle, squeezed in between the face recognition dot projector and infrared camera. In the new design the speaker has been moved up to inside the top bezel, and the other parts have been brought into the center to make the notch narrower.

Apple introduced the notch at the same time as Face ID, but after the relatively poor sales of the iPhone X in China it seems as through the design was not necessarily a good idea. The reduction in the notch size seems to come with the increase in screen size, and it seems unavoidable that the notch will continue to shrink as time goes on.

Apple to Release new AirPods and MacBook Pro in May

3rd Generation AirPods to come in the first half of 2021, with the new Pro Versions to be produced at the start of 2022 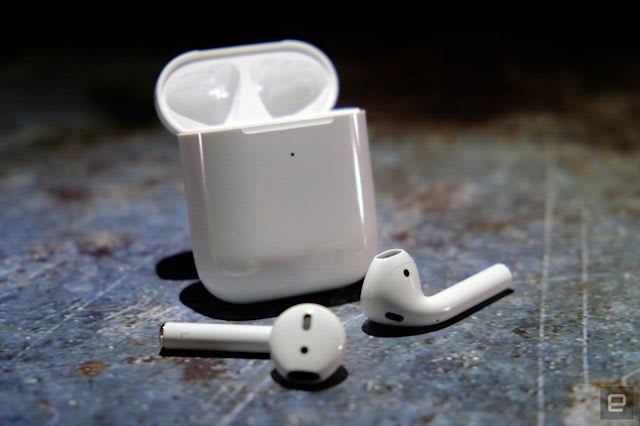 Rumors suggest that the new AirPods Pro and MacBook Pro will be released soon. This also comes from the famed leaker Jon Prosser.

Prosser notes that the new AirPods Pro "were scheduled to be announced at an event in March (that is rumored to have been cancelled due to the coronavirus). His prediction about the iPhone SE 2nd Generation release date, which was also scheduled to be announced at the March event, turned out to be fairly accurate, which suggests that this news is also likely to be true.

However, Prosser has been vague about these "new" AirPods, and there are many rumors about these new AirPods. Sifting through the masses of rumors, one of the most interesting is the rumor of "AirPods Pro Lite" from Taiwan's DigiTimes. As can be assumed from the name, these would be a cheaper version of the AirPods Pro with certain features omitted. A the time of writing, it seems likely that these will be AirPods Pro without any kind of active noise cancelling.

A second interesting rumor comes from the famous analyst Ming-Chi Kuo, who is predicting the release of 3rd Generation AirPods. The AirPods are expected to replace their RFPCB+SMT with an SIP — In other words, the design of the AirPods likely won't change, only the innards will be updated. In a sense this is the opposite of the "AirPods Pro Lite" rumor.

The third rumor that we consider to be worth reporting on is the rumor of Apple branded over-ear headphones. Moving slightly away from the in-ear line of AirPods, Prosser has also brought to light the possibility of the so-called "AirPods (X Generation)." And Bloomberg has revealed that there will actually be two models available: a premium model with interchangeable parts, for example the ear pads, attached with magnets, and a lighter weight fitness model.

The final rumor is about the 2nd Generation AirPods Pro. So far only Kuo has commented on this, and he is predicting them to start production either in the latter half of 2021 or at the start of 2022.

When the AirPods were first released they were considered to be too expensive, but compared to Apple's other products they're surprisingly reasonable. There's a chance that AirPods may become one of those products that you replace every year, or perhaps a product you'll buy several pairs of for different situations.


An ARM-based Mac is Coming in 2021. Rumors of a 12-core processor using a 5nm process (from Bloomberg) 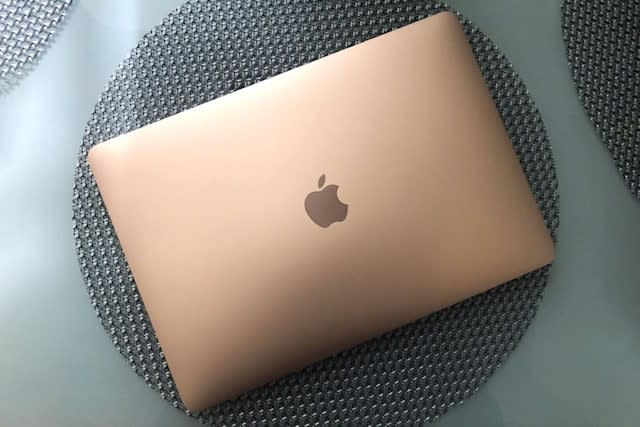 New rumors have surfaced about a Mac that uses an ARM-based processor developed in-house by Apple. Bloomberg first reported on this back in 2018, when it was known as project "Kalamata", so this could be considered more of an update on that report.

There are thought to be 3 different processors in development, but they are all thought to be based on the A14 (provisional) SoC which will be used in the next flagship iPhone 12. The processors are to be made by Taiwan's TSMC using a 5nm process, and are to have 8 high-performance cores and 4 high-efficiency cores for a total of 12 cores.

Why make the move from Intel to ARM? First, the ARM architecture, which has traditionally been more energy efficient but much slower than its x86 rivals, has evolved to the point where the iPad Pro (2020) is touted as being "faster than most laptops." The A12Z processor in that device was physically identical to the A12X processor, so we can expect the new ARM processor to be even more powerful.

Second, by producing their own processor Apple would have much more control of the design of the Mac and over the manufacturing process in general, meaning they won't be at the mercy of Intel's development delays or design goals. According to 9to5Mac, Macs are several generations behind PCs of a similar spec.

Another thing to consider is that by switching to the same ARM architecture that is used on the iPhone and iPad, integrating software with iOS and iPad OS will become easier. Apple is clearly heading in this direction with Catalyst, which makes it easier to import iPad apps to the Mac.

However, switching from Intel to ARM is expected to cause problems in terms of app compatibility, and as of 2021 the ARM processors will only appear in entry-level Macs. A new, more efficient heat pipe design was confirmed for the 2019 16-inch MacBook Pro, but in the future we may well expect a "thinner, longer-lasting, and cooler" MacBook. 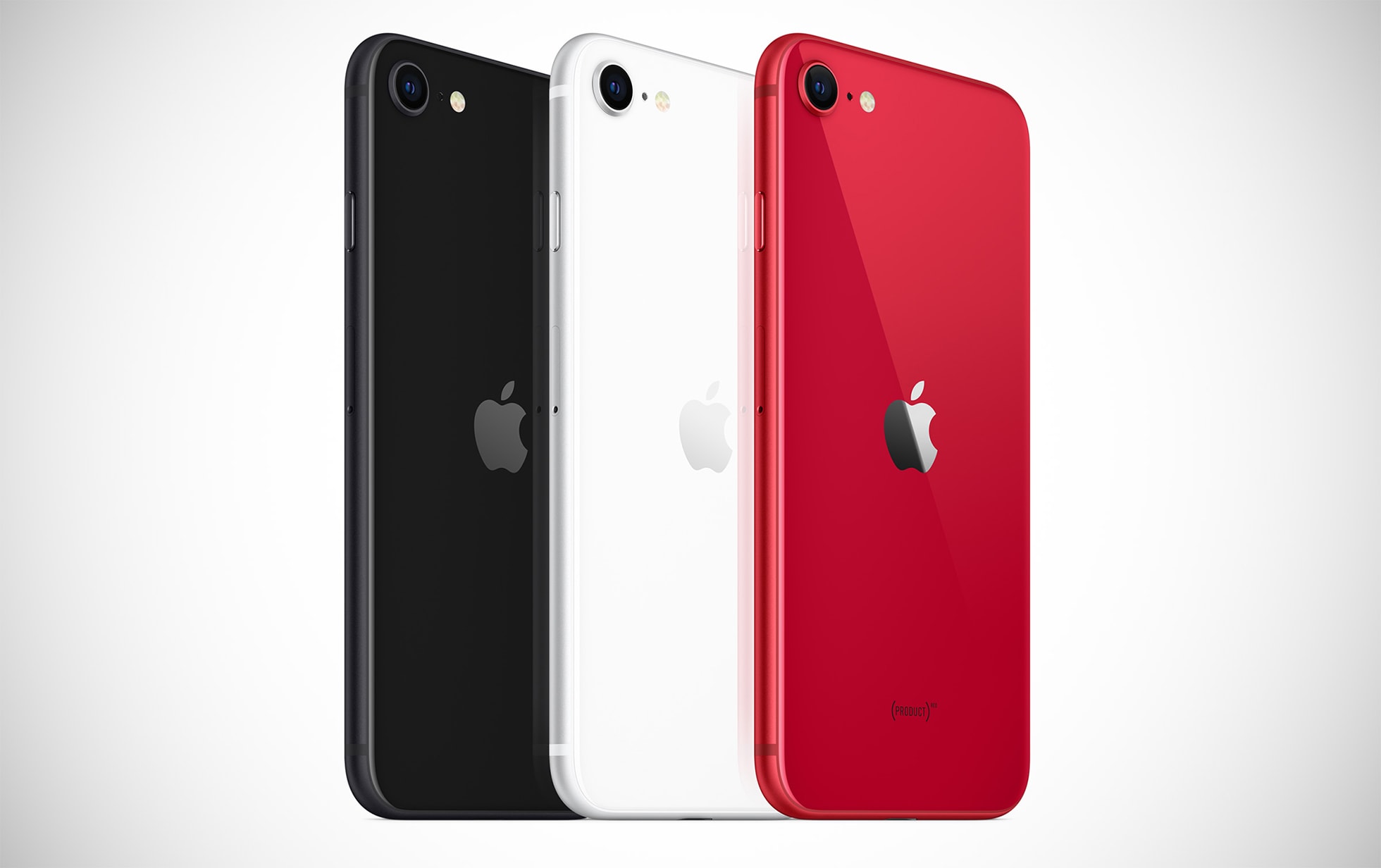 The famous analyst Ming-Chi Kuo has released a memo from investors. It outlines various forecasts for upcoming iPhone sales.

One of the analyses suggests that the sales of the 2nd Generation iPhone SE may exceed market expectations. This may seem like good news for Apple, but in the new world that we will find ourselves in post-coronavirus this may well be a sign of consumers shying away from buying premium smartphones and instead choosing cheaper options. This may result in a dip in sales of the iPhone 11/11 Pro, in other words, Apple will be eating into their own profits.

Next, it appears that the Engineering Verification Testing (EVT) of the new iPhone 12 series has been delayed, with the mass production of the "most complex" high-end 6.7-inch model in particular being delayed. However this is not unprecedented, there have been several times when the flagship iPhones have released in stages in September and October.

Finally, the release of the larger version of the 2nd Generation iPhone SE, currently known as the iPhone SE Plus (provisional), has possibly been pushed back from the start of 2021 to the second half of 2021. Kuo has predicted that the device will utilize a side-mounted Touch ID button, and if the coronavirus pandemic continues into next year then demand for the iPhone SE series, which can be used while wearing a face mask, may well be high.

Rumor: Next Generation iPad Pro to be Delayed to Next Spring, Apple to Focus on a 5G iPhone. Source: Taiwan Supplier 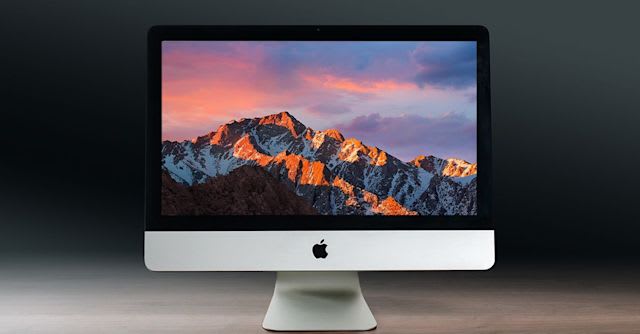 According to Taiwan's Media Industry Newsletter, compared to 2019, when Apple released various high-end products, they will be focusing on cheaper products in 2020. They mention the new 11-inch iPad Air and 23-inch iMac as a part of that new focus.

Information on the new iPad Air has also been announced by Twitter user @L0vetodream. However, one point where the two sources disagree is whether it will feature "Mini LED Backlighting."

Mini LED Backlighting is a technology that utilizes local dimming to turn off backlighting in areas where the screen is black. This technology is becoming a hot topic as it allows for the creation of traditional LCD displays with the same contrast and dynamic range as more expensive OLED displays.

This Mini LED Backlighting is also rumored to be coming to the upcoming 5G-compatible iPad Pro. The industry newsletter specifically mentions that "the development of the Mini LED Backlighting has been delayed," which means that the 11-inch iPad Air that will be released this year likely won't include this new technology.

To summarize all of this, it appears that for Apple releases in 2020 the latest technology will be focused mainly on the iPhone 12 series (even though the addition of LiDAR in the iPad Pro was revolutionary enough), with the rest of their releases likely to be more cost-effective combinations of existing technology like the 2nd Generation iPhone SE.