The fight against COVID-19 continues 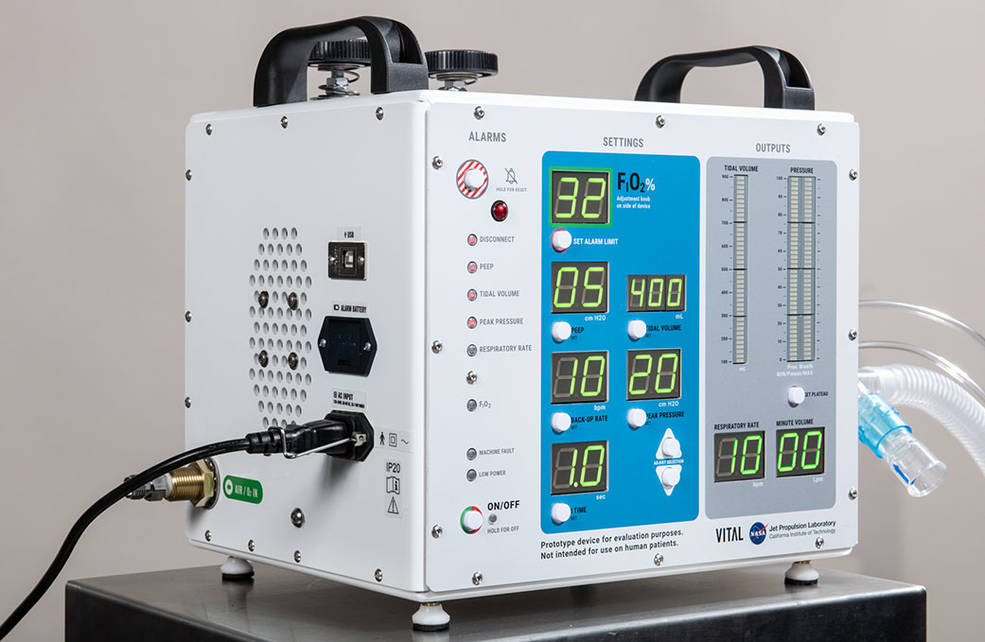 Known as VITAL (Ventilator Intervention Technology Accessible Locally), the device was designed in 37 days for low-cost mass production with almost one-seventh of typical ventilator parts. With a 3 – 4 month lifespan, the machines cannot replace existing ventilators but can ease shortages in temporary hospitals.6

The FDA's authorization was "a key milestone in a process that exemplifies the best of what government can do in a time of crisis," NASA Administrator Jim Bridenstine said in a statement. "This ventilator is one of countless examples of how taxpayer investments in space exploration – the skills, expertise, and knowledge collected over decades of pushing boundaries and achieving firsts for humanity – translate into advancements that improve life on Earth."

At the time of this writing, the California Institute of Technology, which is in partnership with NASA's JPL, had planned to approve free use and was searching for manufacturers in the medical sector to rapidly distribute VITAL to hospitals.