We tried the inventive KAMAWATCH, a wristwatch with a belt that changes color while wearing it 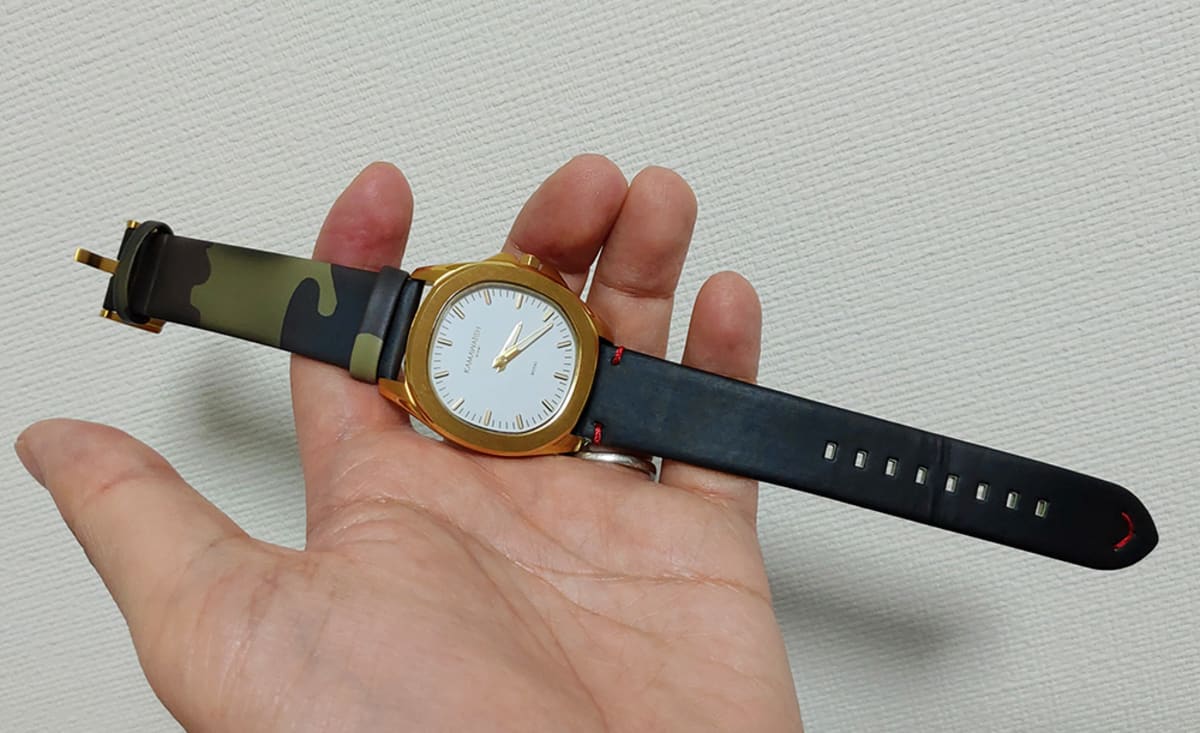 There are countless playful, inventive items asking for support on the GREEN FUNDING crowdfunder website. One of the gems on there is the KAMAWATCH from Italy, which features a belt that changes color depending on the temperature. We had a chance to try it out, so check out our impressions below.

A project supported by GREEN FUNDING 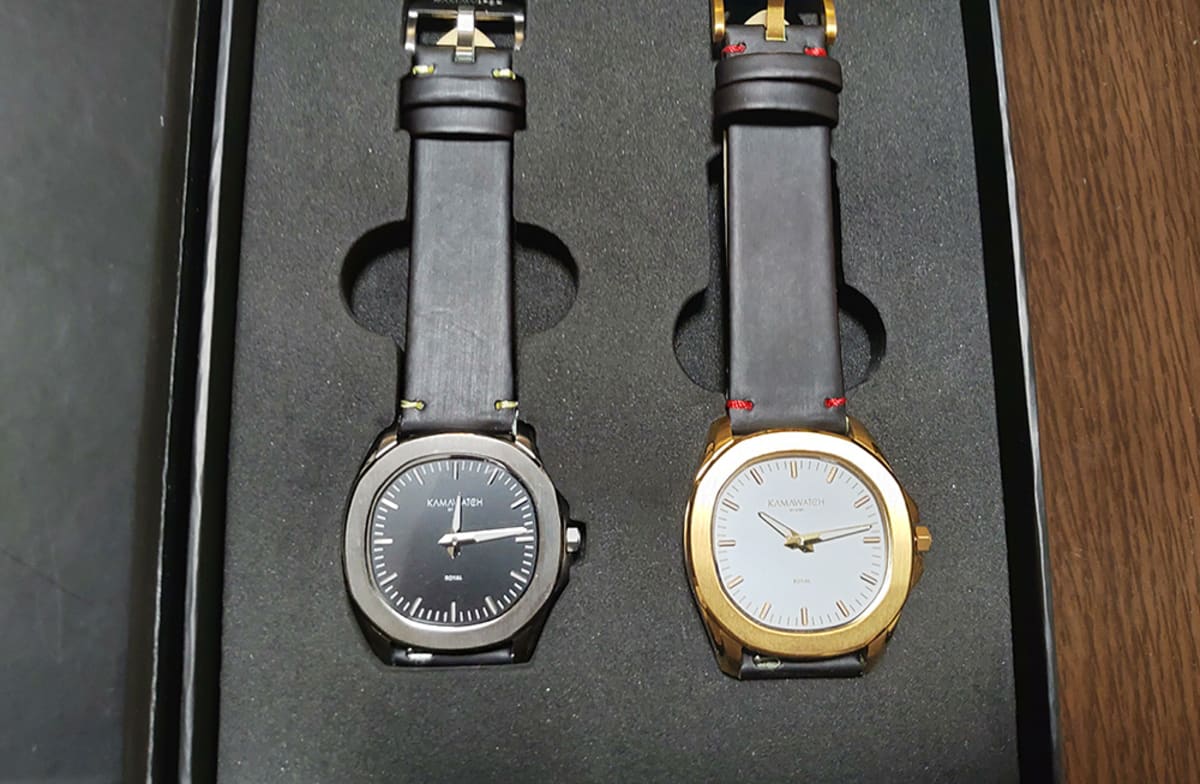 KAMAWATCH is the first watch in the world to use Thermic Technology coding, which brings about a color change when the surface temperature rises above 31 degrees Celsius. We tried on the "Royal" pre-launch official Japanese model, which has a polyurethane leather-effect strap. 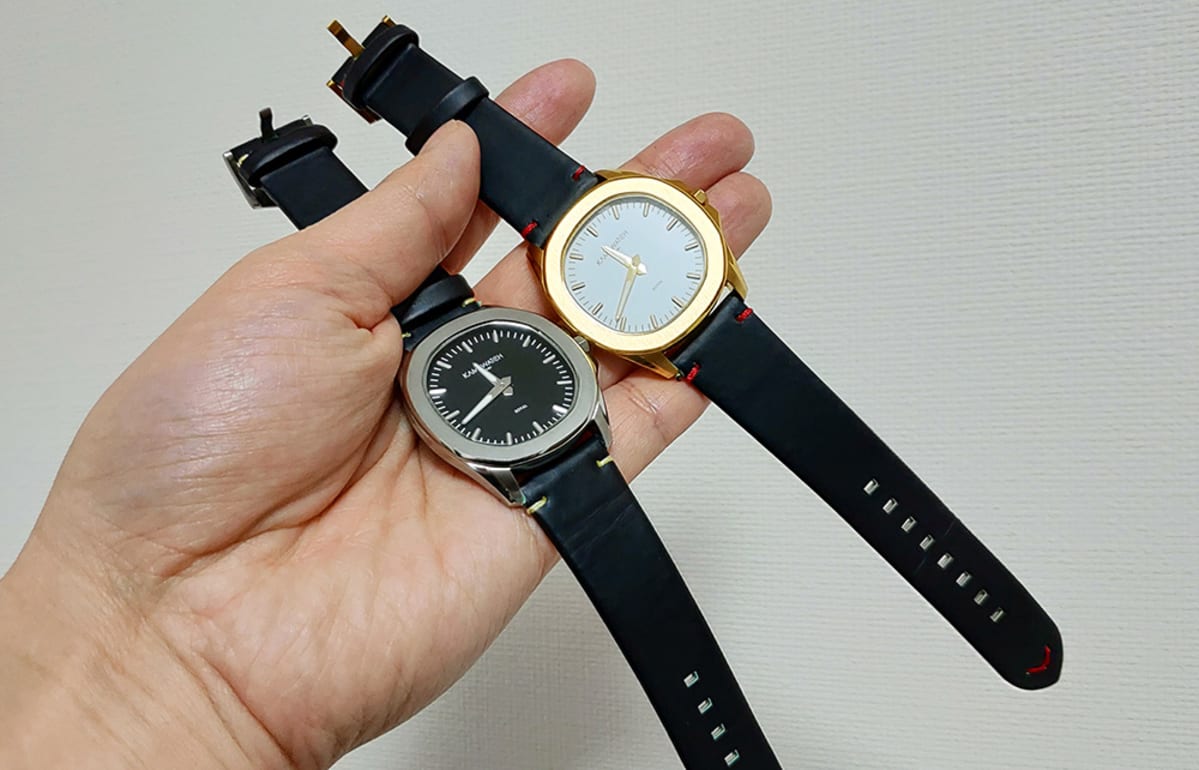 This watch is available in gold or silver. It's an extremely simple model and doesn't have a second hand. It's probably a better match for formal wear rather than with casual clothing. Initially, the belt is jet black. So how does it change? When lifting the watch into warm air from a dryer, 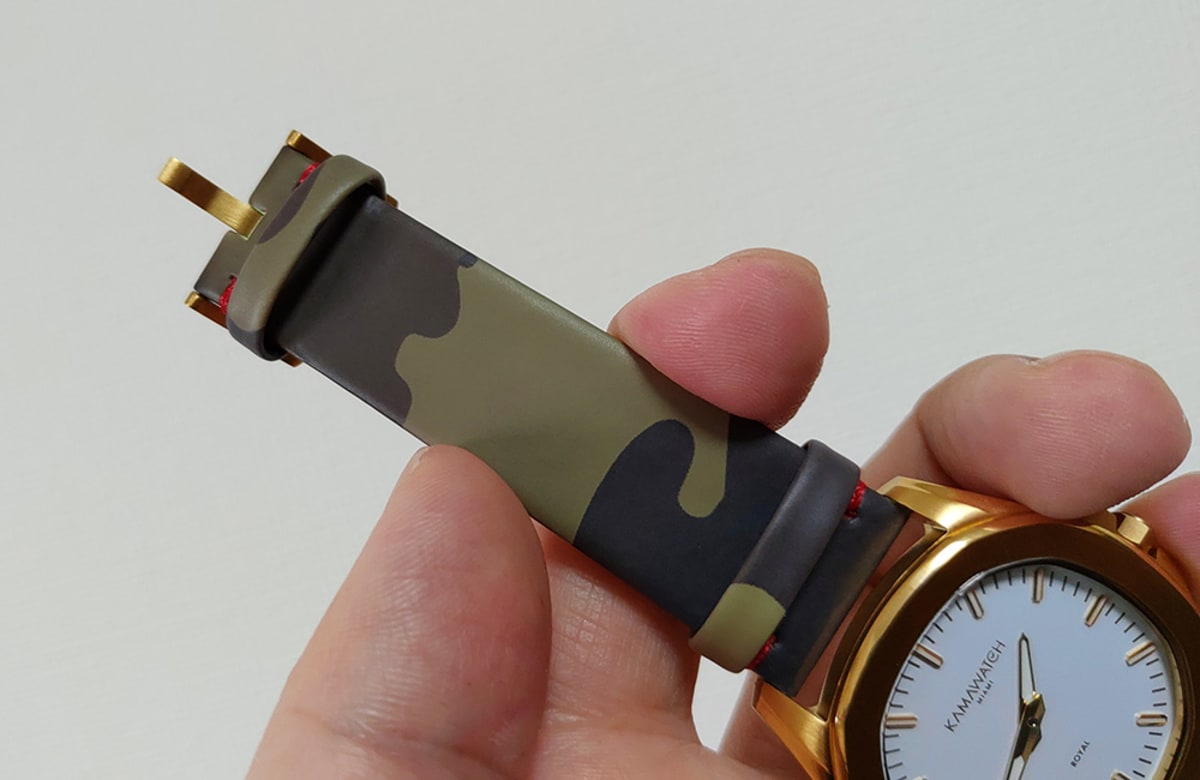 what had been a black belt changed into a camouflage design! Even the loop changed color in the same way. 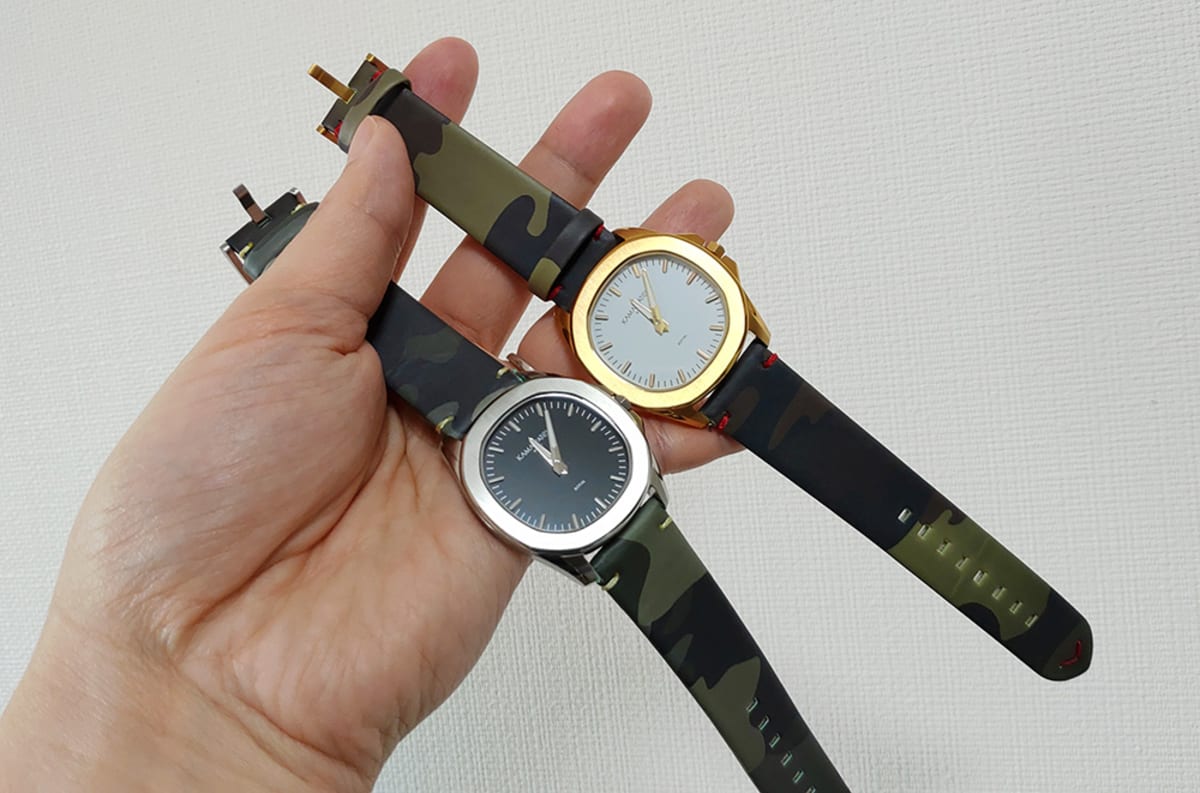 We lined up the two color variations for comparison. The belt gave a completely different impression from when it was black. After the change, it became more suited to a casual style. It returned to black when the temperature dropped below 31 degrees, and that process took a few minutes in a room where the ambient temperature was about 20 degrees. 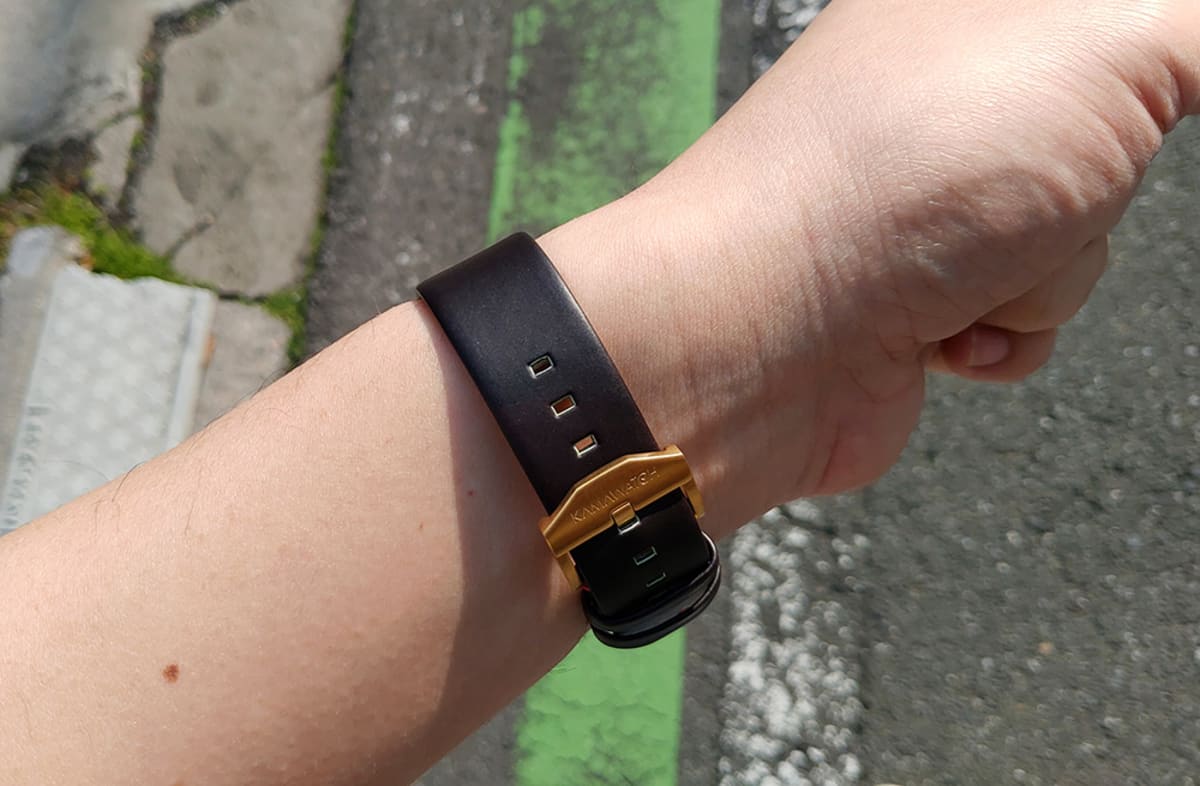 Apparently the color changes due to sunlight and body temperature while wearing the watch, so I put it on and took a walk close to my home. The temperature outside was 18 degrees Celsius, neither hot nor cold. And my body temperature was at 36.4 degrees. I walked for about 30 minutes under these conditions. 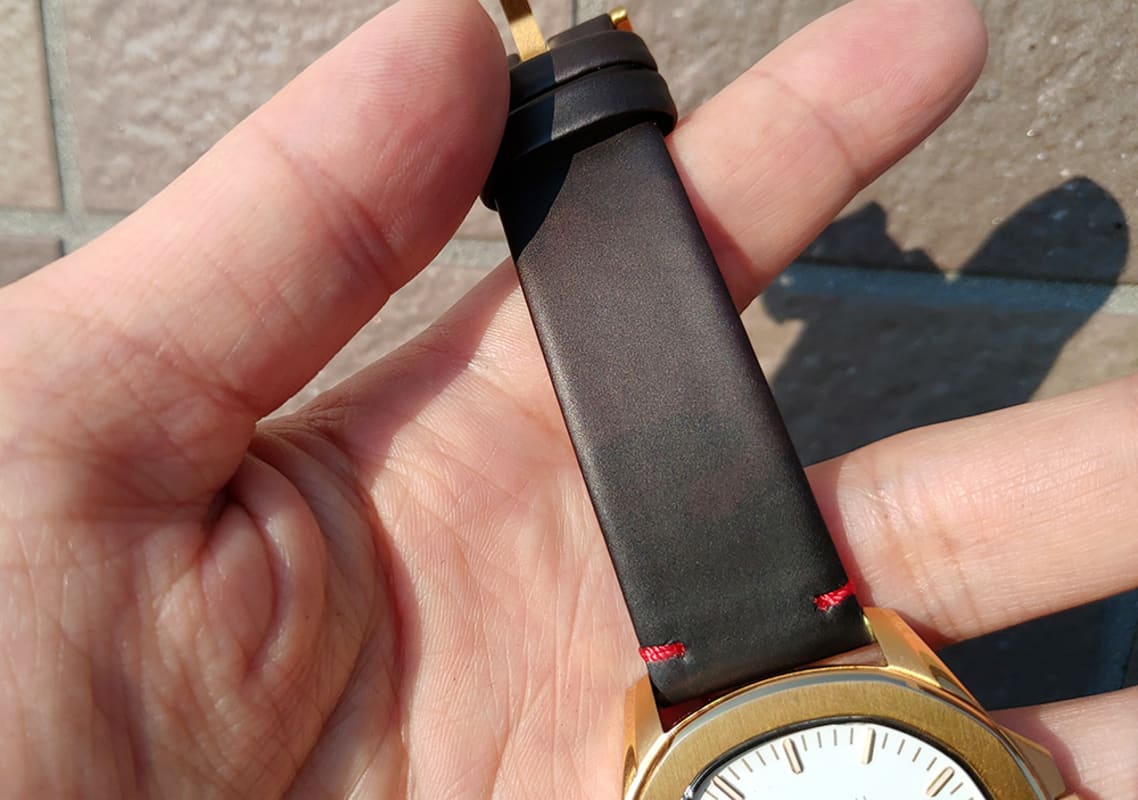 Maybe it's because the sunlight was weak, but the belt color didn't change much. However, the camouflage design did become faintly visible. And even this faint appearance looked pretty cool. Of course, the color will change more on a hot day. Color variation will differ depending on the season: right now there are subtle changes, but in the summer the camouflage design should really stand out. 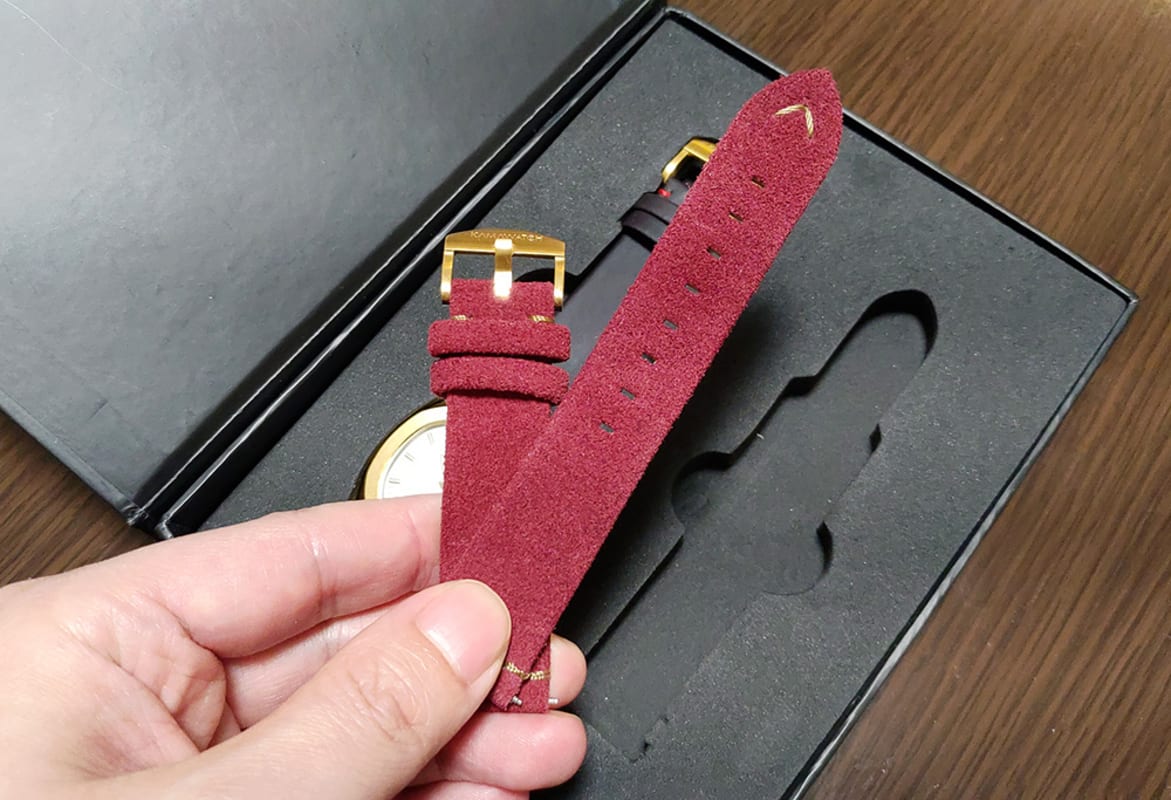 Aside from the novel color-changing leather-effect belt, the gold model also comes with an alternative maroon belt while the silver model comes with a spare black suede strap. Different styles can be enjoyed by replacing the belt. 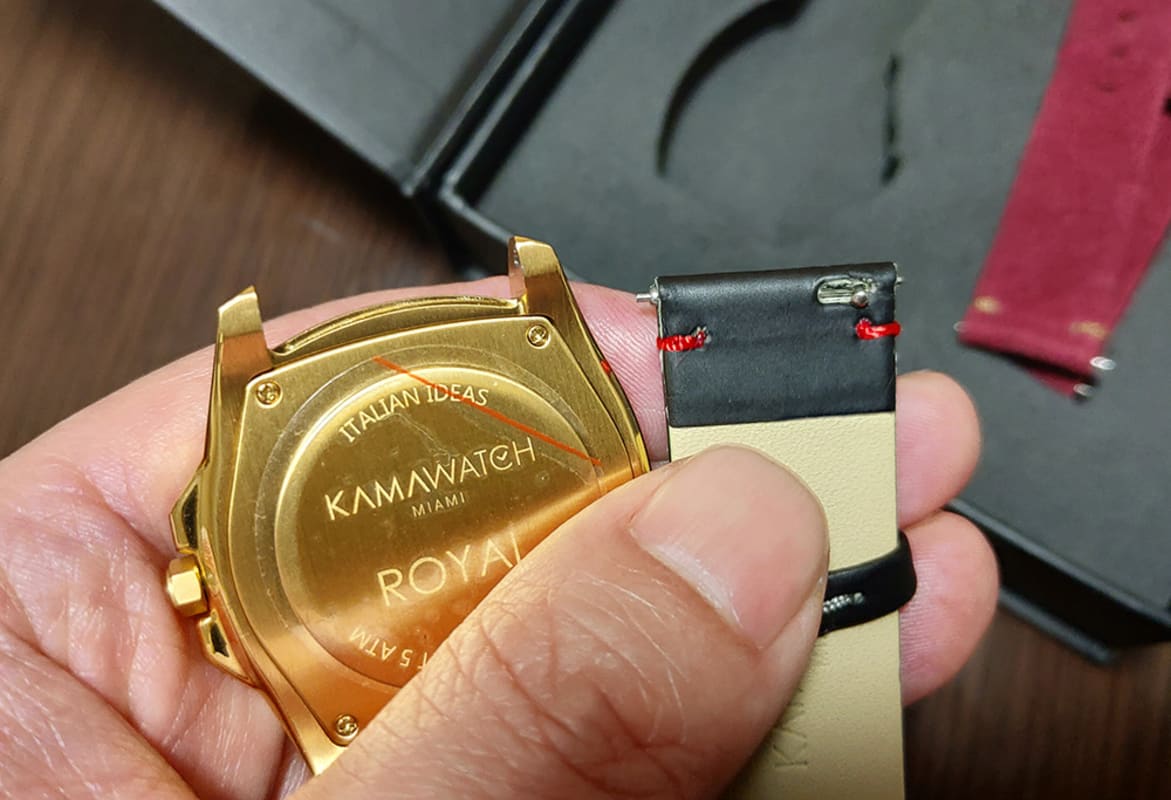 And there's no need worry about difficulties when switching belts: the leather-effect belt has a slide button on the reverse, and it's easily detached by pressing this button. 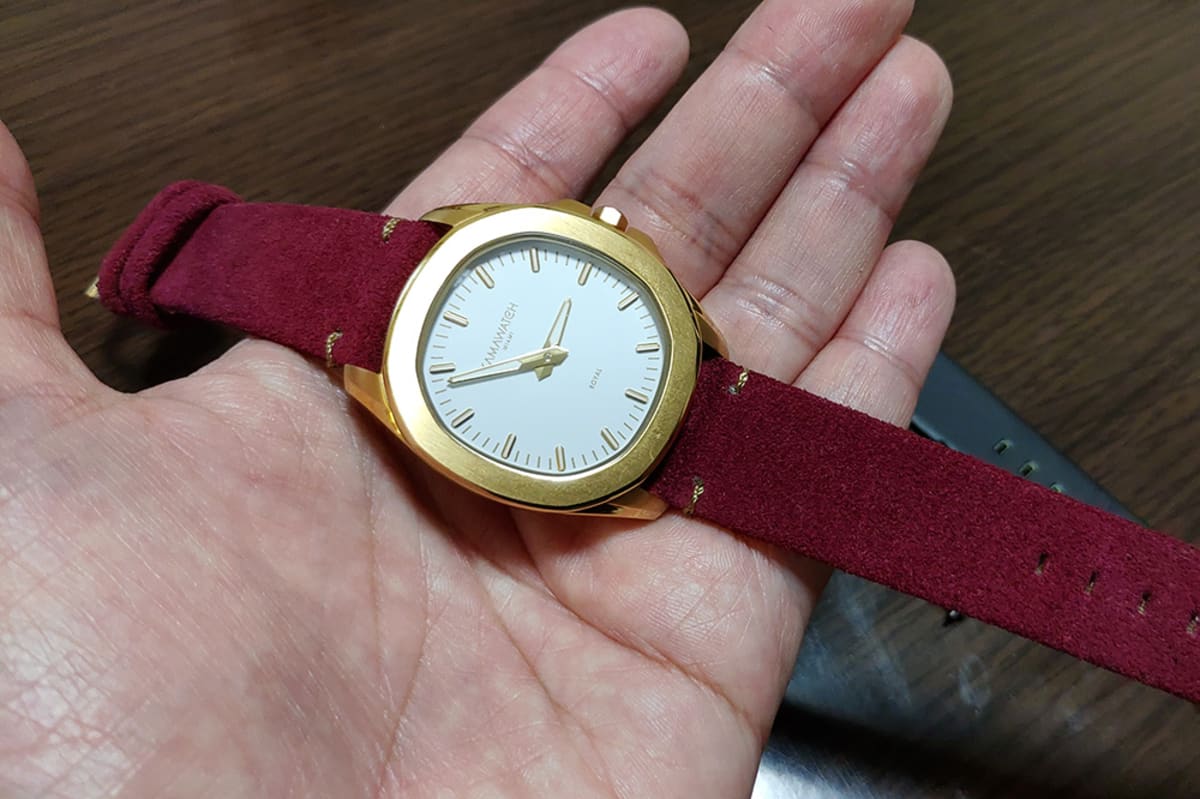 Then all you need to do is put the suede belt into the opening. I was able to change belts my first time without any problems, and I really enjoyed this as a fashion option. 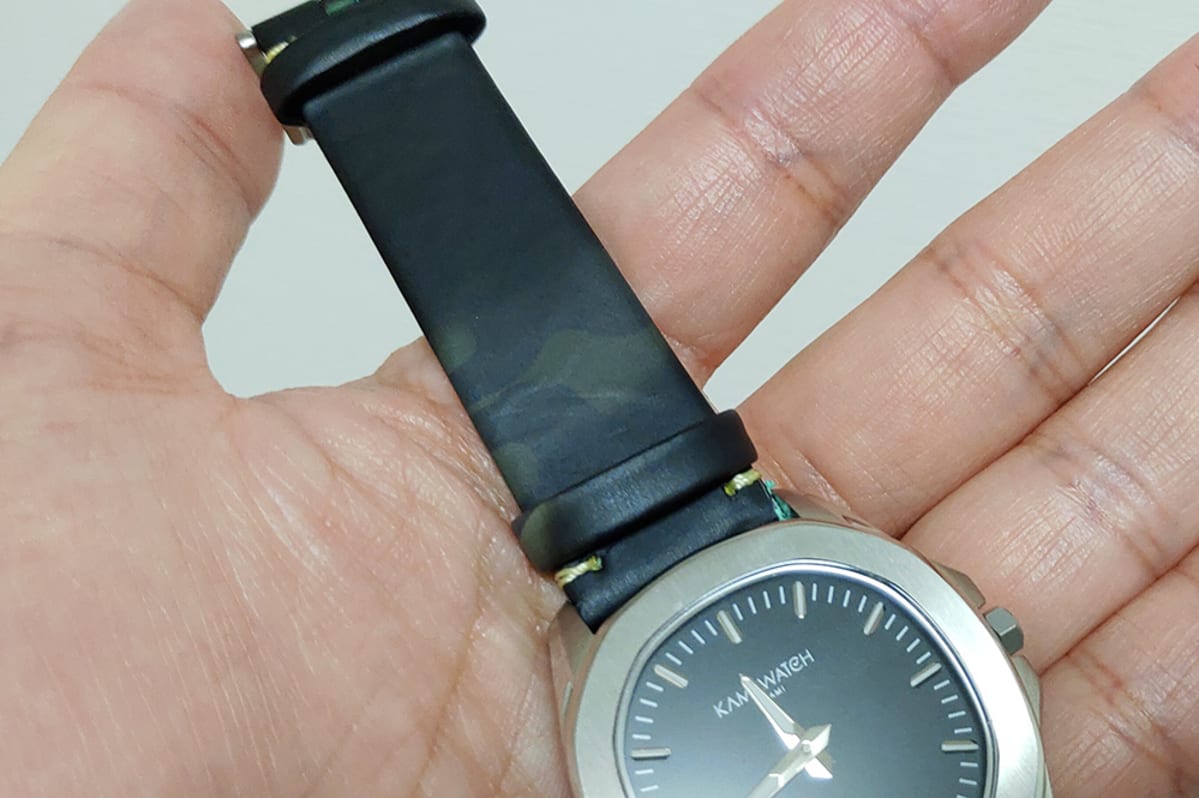 A project supported by GREEN FUNDING