Amps you can blast music from even while staying at home 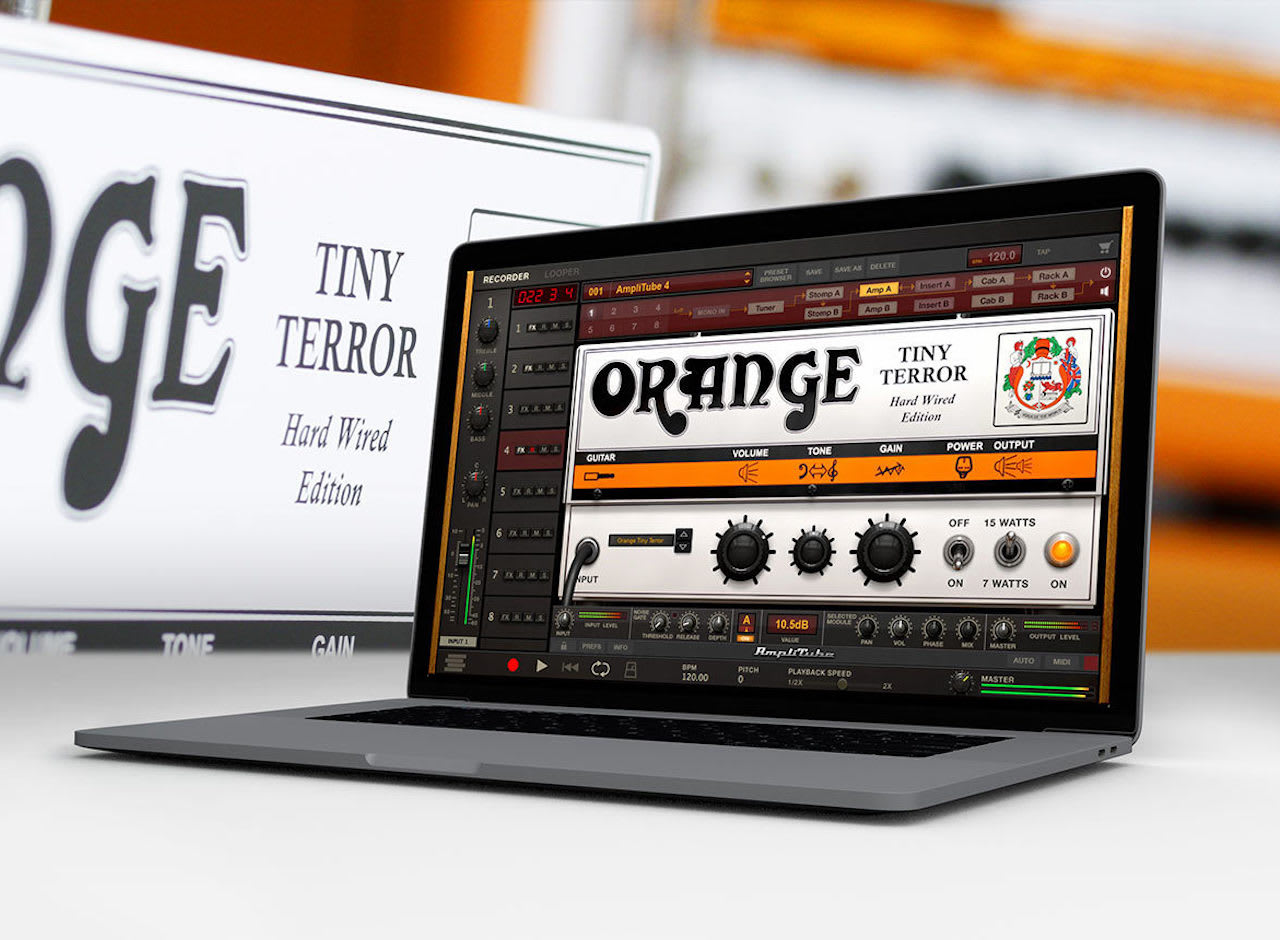 Even though the weather's starting to get better, I think most of us are stuck at home due to the virus, even during the holidays. In these times, some of us are probably thinking about how we can make music at home, and get some pleasure out of those PCs we usually use for work.For those kind of people, some music software companies are currently offering their software for free for a limited period, or extending their free trials. Until May 15 2020, Steinberg is offering a 60 day free trial for a variety of their software, including the DAW software "Cubase Elements" and "Dorico Elements," and also the "Absolute Collection" sound library. Apple has temporarily increased the 30 day trial period to 90 days for both the music creation software "Logic Pro" and the video editing software "Final Cut Pro X."

Not too much musical knowledge is required to use these software. As long as you can find some good loops and virtual instruments, you'll be able to make music you'll want to share with others.

However, carefully layering up sounds on a computer screen isn't for everyone. Some of us would rather strum away on a guitar. For those people, I'm going to introduce two guitar amp plugins that are being offered for free. If you connect your guitar to your PC or Mac via a USB interface, you can enjoy the sounds of famous British and American amps completely free of charge. 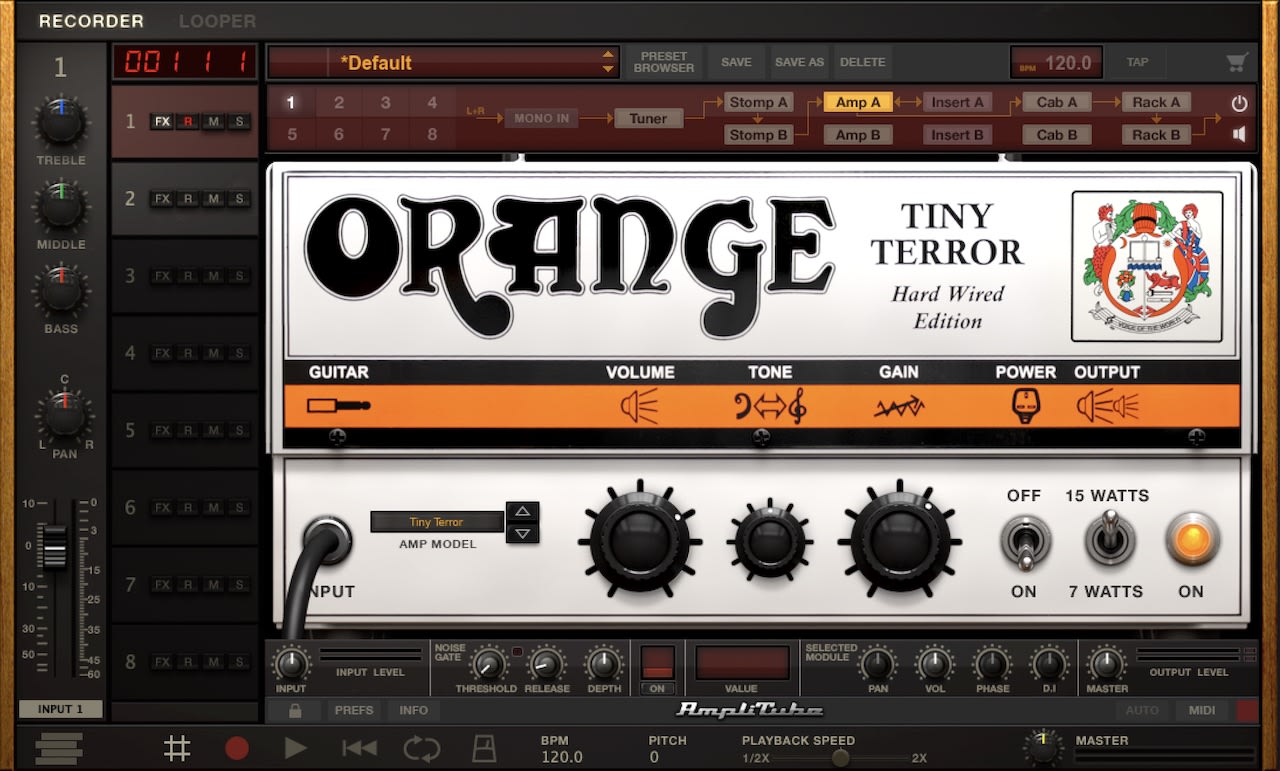 ▲The screen that displays when you select the Orange Tiny Terror amp in "AmpliTube 4."

The first amp is the unmistakable rock amp shown above, a recreation of the small yet deadly "Tiny Terror" manufactured by the British company Orange. Furthermore, it's the hand wired version of the amp that's no longer in production. The knobs are easy to use, with only options for volume, tone, and gain. When you crank up the gain the volume and distortion increase, so you'll need to adjust the volume. You can really hear the nice sound of an Orange amp through your computer speakers or headphones.

It's created by IK Multimedia, who are known for their "iRig," which lets you connect your guitar to your iPhone. You can play your guitar through their "Amplitube" amp simulator application.

However, downloading it can be tricky. First, you have to create an account on the official IK Multimedia website and sign up to their newsletter. Next, download and log in to the free "Custom Shop" application they offer to manage and purchase plugins. Then select the Orange Tiny Terror from within "My Gear." 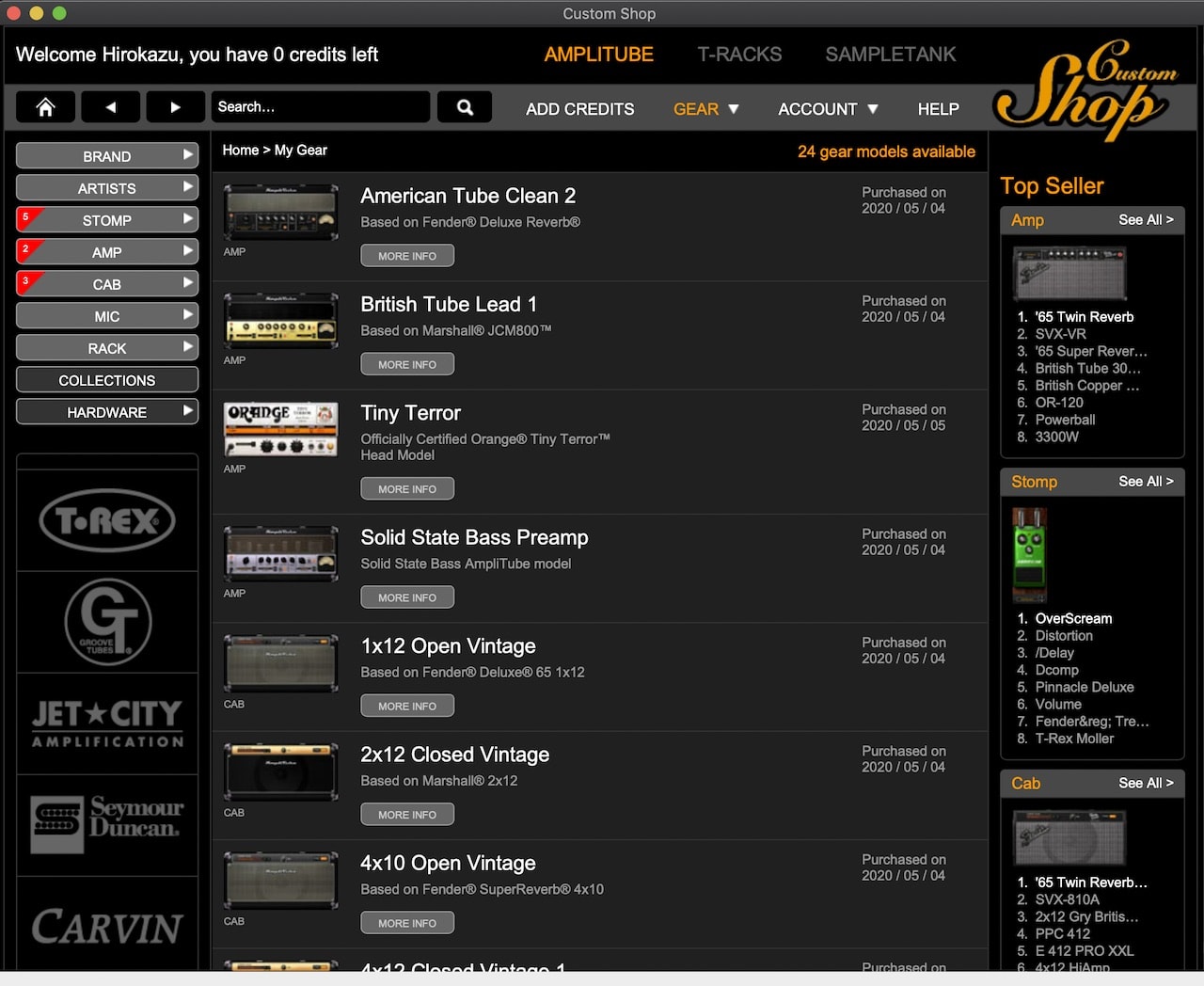 ▲"My Gear" within the "Custom Shop" application. You can get various things for free.

A free version of the latest version of AmpliTube, "AmpliTube 4," is currently available. Log in to the IK Multimedia site, navigate to the "My Products" page and download "AmpliTube Custom Shop" from the "Custom Shop" section. Other than the Orange Tiny Terror, various other things are available for free, including British Marshall amps, American Fender amps, and various other pedals and speaker cabs. 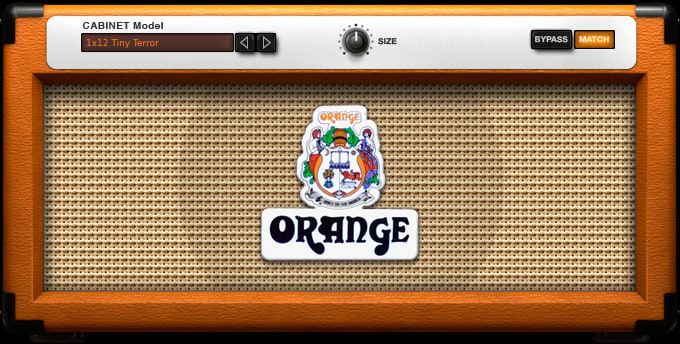 To increase and expand the amount of gear you have access to, you'll need to spend money, just like in the real world. The difference is that it's a lot cheaper than buying the physical equivalent and that, unlike big physical amps, they don't take up a lot of space. Furthermore, as the Orange Tiny Terror is an amp head, you'll have to use it in conjunction with one of the default Marshall or Fender amps. Orange is probably counting on people wanting to purchase the speaker cab too (you can test it out before buying it).

IK Multimedia says that the Orange Tiny Terror plugin has a value of 24.99 dollars. However, as it's available for free until May 6 2020, those interested should act quickly. 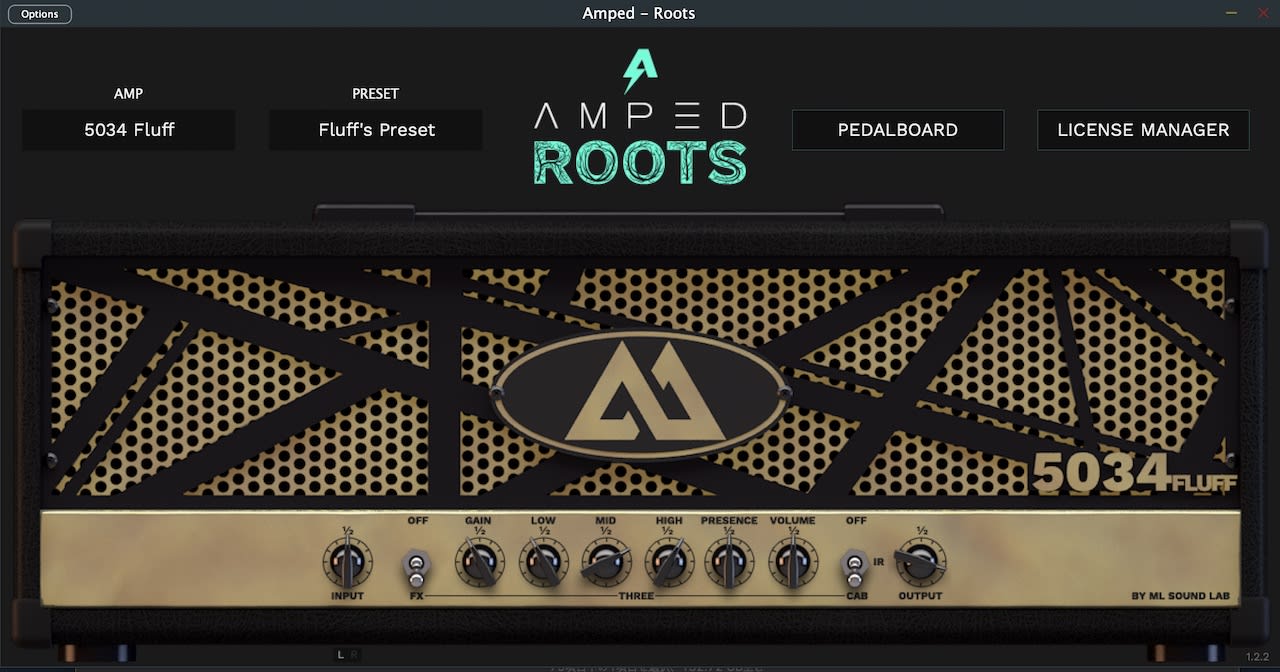 The second amp, as you can probably tell from the striped amp above, is based on the guitarist Eddie Van Halen's signature "EVH 5150 III" amp. This plugin was made by a company called ML Sound Lab in collaboration with the popular YouTube guitarist Ryan "Fluff" Bruce. It contains a collection of amps based on Fluff's favorites.

However, unlike with IK Multimedia and Orange, it isn't officially affiliated with any amp manufacturers. As such, it doesn't use any names such as "EVH" or "5150," instead going for a similar name of "5034 Fluff." The "34" in the name comes from the EL34 power tube, a type of vacuum tube used in analog amps. Although the 5150 III also has a version that uses a 6L6 tube, British amps traditionally use EL34 tubes. As such, this plugin has a distinctly British feel (like a Marshall amp). 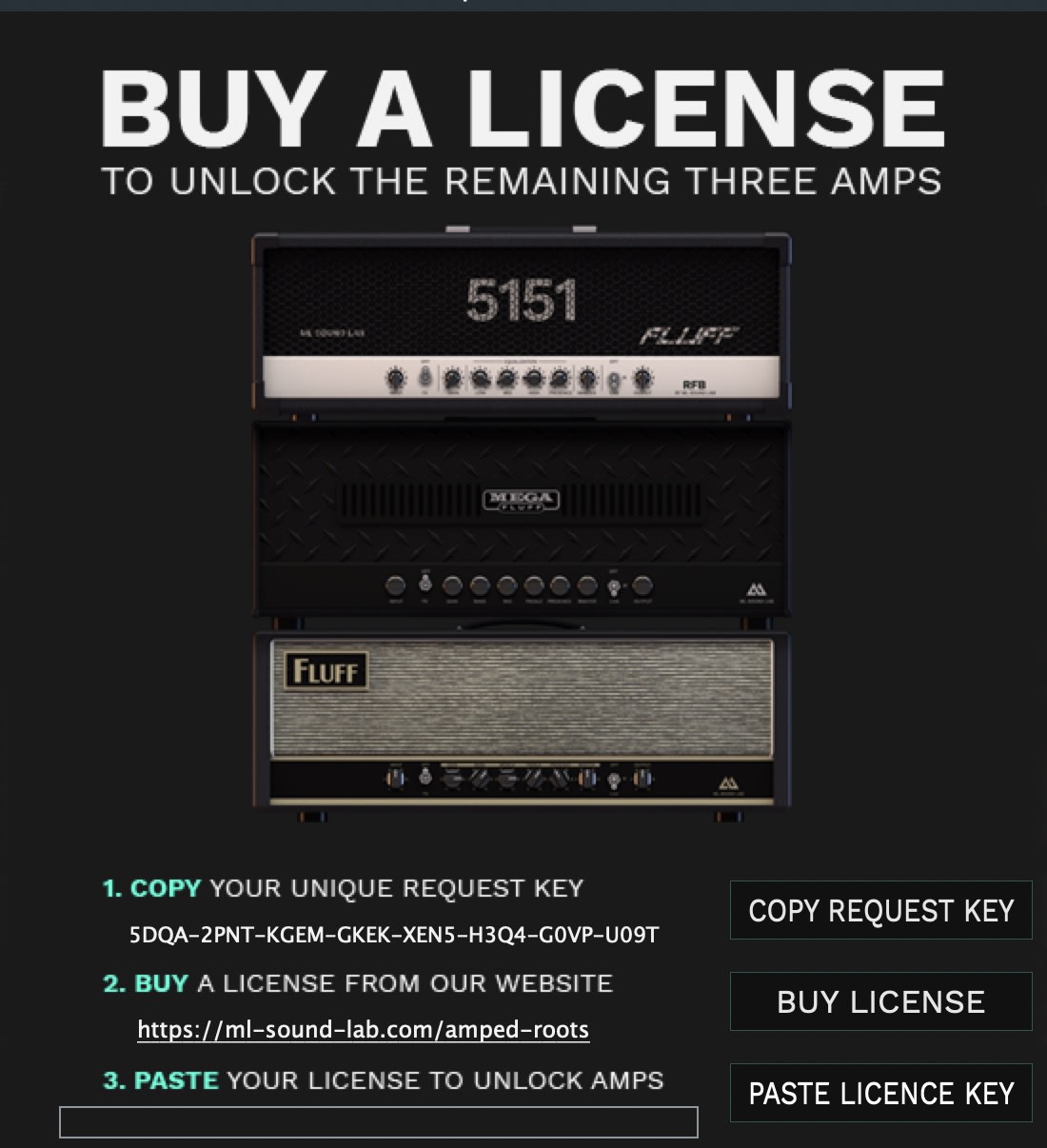 ▲A lineup of amps that seem oddly familiar.

Alongside one free amp simulator, the free edition also includes three pedals: Noise Gate, Drive (probably unnecessary), and Reverb. You can use these to get a great-sounding echo in your headphones and enjoy Van Halen's infamous "brown sound." 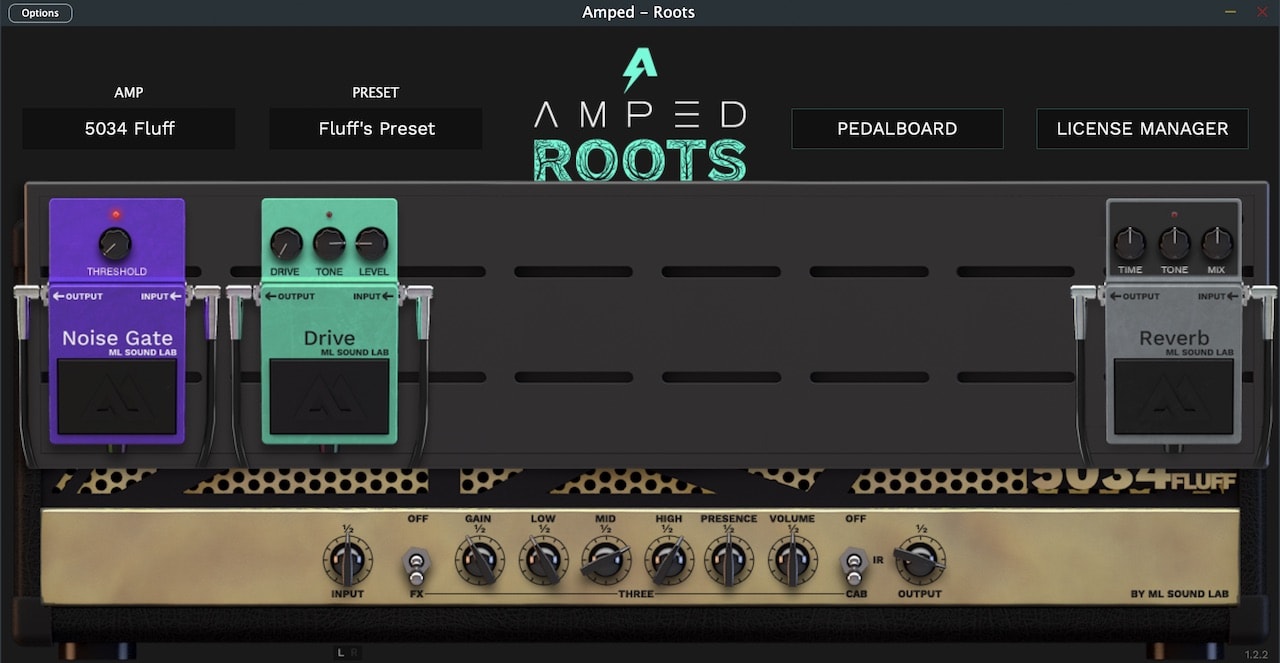 ▲ Even without the Drive pedal, this amp has plenty of distortion.

Although I introduced these two amp simulators to guitarists who "want to play right away without fiddling with DAW software" in mind, you can indeed use the plugins with various DAW software. For those with a Mac, the plugins can be used with the pre-installed GarageBand software, an ideal introduction for those new to DAW software.

Who knows, maybe by strumming along on a simulation of a famous amp to some software rhythm and loop patterns, you might be able to let off some steam from not being able to play live right now.


This article was originally written in Japan. The images and content are as they were in Japan at the time of writing.
Source: IK Multimedia, ML Sound Lab