If you can Afford the Extra 20,000 yen then go for the MacBook Pro. Why I Prefer the 8th Gen Pro Over the 10th Gen Air

The Pro comes out on top in real-world situations 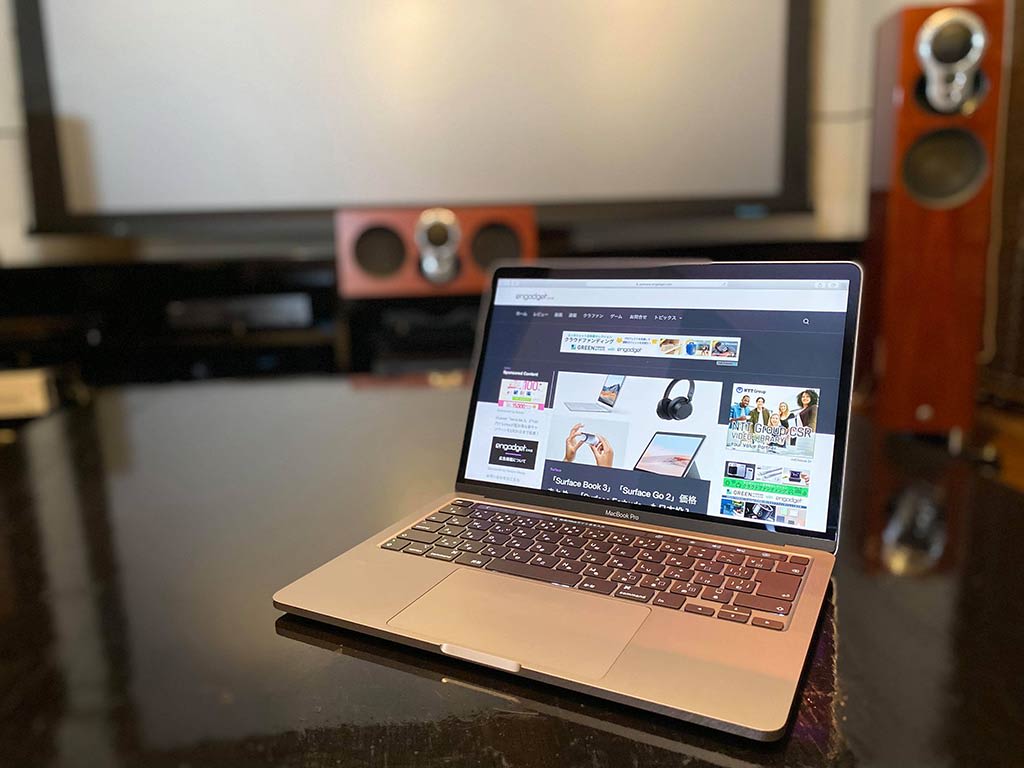 "But the value option's just means it's cheap, right?" "Isn't it just the same as the last version with a new keyboard?" "Isn't it ridiculous for the Pro to have a processor that's 2 generations out of date?" I'm sure some of you are thinking something along these lines.

However, it performed surprisingly well in my tests, and despite the MacBook Air being 20,000 yen more expensive the MacBook Pro was the clear winner. Looking at the simple Geekbench 5 scores you might think that they're both equally good... But when you test them in real-world situations then the results tell a very different story. The bottom line is that the MacBook Pro's performance defies the price difference in applications where higher performance is required. Of course, I'm not ignoring those needs that some people have such as wanting the battery to last an hour longer, or they prefer the shape of one over the other, or just simply have to have their laptop in a particular color. And some will definitely like the fact that one is 110g lighter than the other.

If all you're doing is writing documents or browsing the web then you're not likely to see much of a difference in performance between the two. However, in real-world testing the difference is surprising.
Related articles:
Breaking News: New 13-inch MacBook Pro Has Been Announced. Features A 10th-Generation CPU and Scissor-switch Magic Keyboard
The New iPad Pro & MacBook Air Explained in 5 Minutes. A Roundup of Apple's New Products (Japanese) The MacBook Air comes equipped with a 10th generation Intel Core processor. This processor contains instruction sets and additional circuits to speed up machine learning processing, and comes with a number of additional features such as compatibility with LPDDR4X and WiFi-6. The processors have gone through two generations of evolution, so it makes sense that they've improved, but the modern systems don't always run processors at the speed they're designed to. That's because they're often optimized based on the cooling system and the ambient temperature. Then there's the question of how many cores can be used simultaneously, and at what speed. That will be dependent on the design of the hardware.

On the other hand there's the 2 Thunderbolt 3 port MacBook Pro with its 8th generation Intel Core, which unlike other models uses a 15-watt TDP processor. What's more, the higher-end model with 4 Thunderbolt 3 ports and an Ice Lake processor is available with a 28-watt processor, which is apparent by the large slits in the bottom of the device. They may have the same name, but the airflow design is different.

Now there may be some of you out there currently raving about the Turbo Boost speeds, but the actual clock speed is more affected by the ambient temperature, and more specifically by the system design. But just how different will performance be compared to the MacBook Air with its distinctly inferior air flow (and its 10W processor)? Running GeekBench 5 on the Pro and Air yielded single-core scores of around 950 and 1100 respectively, with multi-core scores of around 3850 and 2600. The GPU (Compute, Metal) scores were around 7500 vs 7800. The mystery is the GPU scores. The Intel Iris Plus Graphics 654 in the MacBook Pro from late 2019 got a score of around 5100. So we were surprised when we got a score of 7499. However, when we checked the 2018 model we had to hand, its Intel Iris Plus Graphics 655 also got a score over 7000. In other words, when compared to the Air the GPU performance is roughly equivalent. Keep in mind that these figures can fluctuate, so any difference should be taken with a grain of salt. It's not that important when comparing the performance of real apps, after all.

Which is why we did exactly that.


The Lower-end MacBook Pro Model Outperforms in all Situations First let's look at video editing software. This is Blackmagic Design's DaVinci Resolve, a free application that has some pro-level features. We tested the processors by exporting a 16-minute video (full HD/30fps) with multiple video clips, subtitles, and cross-dissolve transitions.

The application performs a significant portion of the video processing on the GPU when exporting a video. When using the GPU it uses macOS's native Metal instead of Open CL, which naturally favors the MacBook Air's Ice Lake.

However, we conducted the test while making sure the GPU was being fully utilized on both systems, and the MacBook Air took 24 minutes compared to the MacBook Pro which took only 19 minutes.

The throughput speed at the start was actually pretty close, but after a minute or so the difference became clear. This may be a result of thermal throttling.

This stress tests the GPU like the other test, but it also puts pressure on the CPU as well. The MacBook Pro finished in 49 minutes, compared to the 1 hour 16 minutes it took the MacBook Air. After running the tests several times we confirmed that the times varied by several minutes, but even at the extremes the MacBook Air never overtook the Pro.

The new generation GPU which was supposed to be faster failed to take the lead, and the results from applications where GPU processing can make a big difference corroborated that discrepancy, so how about the CPU?

When we tested the single-core rendering capabilities of the CPUs with a 3D rendering task in Cinebench R20, unlike in the Geekbench 5 single-core test when the MacBook Air came out on top, this time the scores were almost the same, with the Pro actually just coming out on top (397 for the Pro vs 355 for the Air).

Multi-core processing was never going to be where the MacBook Air shined, so here the gap widens to 1566 for the Pro and just 872 for the Air. This will be because the MacBook Air throttles the multi-core performance to keep the temperature down.

You can expect to see the biggest example of this difference in RAW image processing. We showed you the Luminar 4 test results before, however unlike that application most programs like Camera RAW from Adobe Systems, and Digital Photo Professional from Canon do not use the GPU at all (these are the other RAW developing software we had at hand, so there may be others that do use the GPU). macOS Catalina added a feature in the Activity Monitor to show you how much of the GPU each application is using, so you might want to check how much GPU your software is using.


Other Differences Between the Pro and Air I didn't really expect to prefer the 2 Thunderbolt 3 port model, but after really putting it through its paces when you consider that the difference in price is just 20,000 yen then I have to say I would recommend the Pro over the Air. When the new MacBook Air was announced I felt that the MacBook Pro was still overpriced, but since then the set exchange rates have changed and the price of SSDs has dropped, making it a real bargain.

Digging into the details, the MacBook Pro is better than the MacBook Air in the following ways.


For Sheer Cost-effectiveness go for the Low-end Pro So that's my point. From the perspective of cost-effectiveness I genuinely feel the MacBook Pro is now a better option than the MacBook Air. 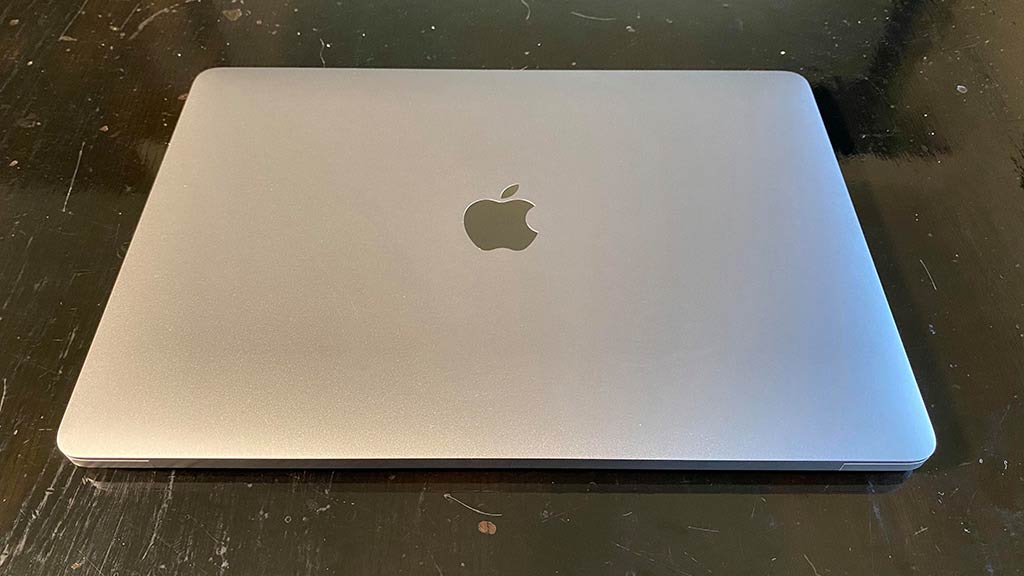 And of course the 28-watt Ice Lake MacBook Pro with 4 Thunderbolt 3 ports would be an even easier model to recommend. We already have the test results and a review of the higher end model from the United States. They should be published over the next few days, so if you're sitting there wondering "but what about the higher end models?!" then just hold out until then.