We want a Surface Laptop in this size! 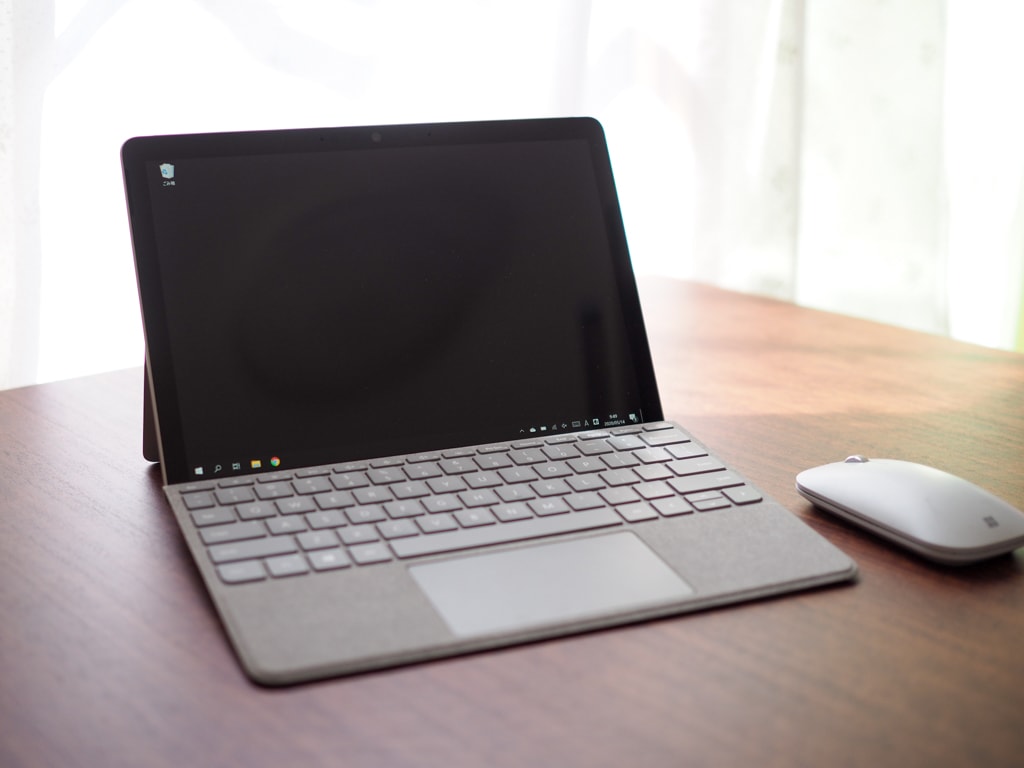 Surface Go 2 went on sale on May 12. While 7-inch and 8-inch UMPCs have become more common, the 10.5-inch size seems a little too large, but as a mobile PC this ticks all the boxes for me. So I went out and bought one.

There are already a few reviews out there, but I thought I might as well put together a review focusing on the differences between this and the last-gen Surface Go.

Related articles (Japanese):
Surface Go 2 hands-on review Specs with performance suitable for use as a second machine
Surface Go 2 or iPad Pro with an official keyboard: which is easier to use?
Surface Go 2 brings a slightly larger screen to become strong contender as a secondary Windows PC

We're looking at the differences in comparison with the last-gen model, but visually the two machines are basically identical. What has changed is the increased display size (from 10 inches to 10.5 inches), but apart from that they're virtually indistinguishable. 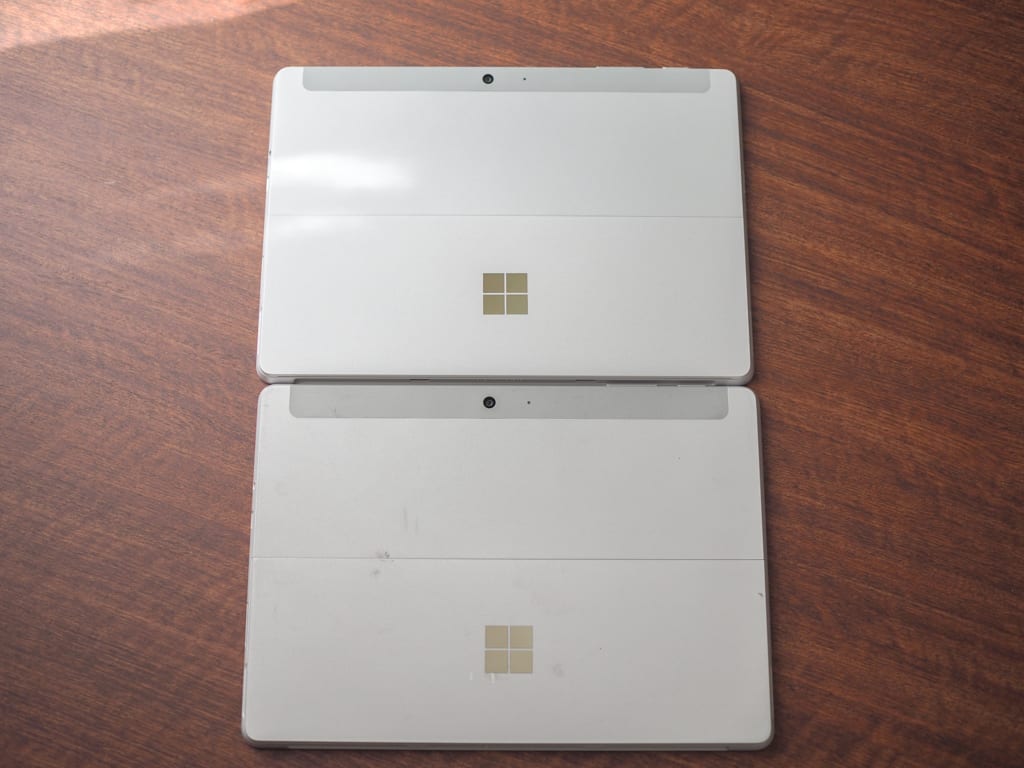 ▲At the top is the Surface Go 2, at the bottom the Surface Go. The only way to tell the difference is by looking at small details. External dimensions are exactly the same. 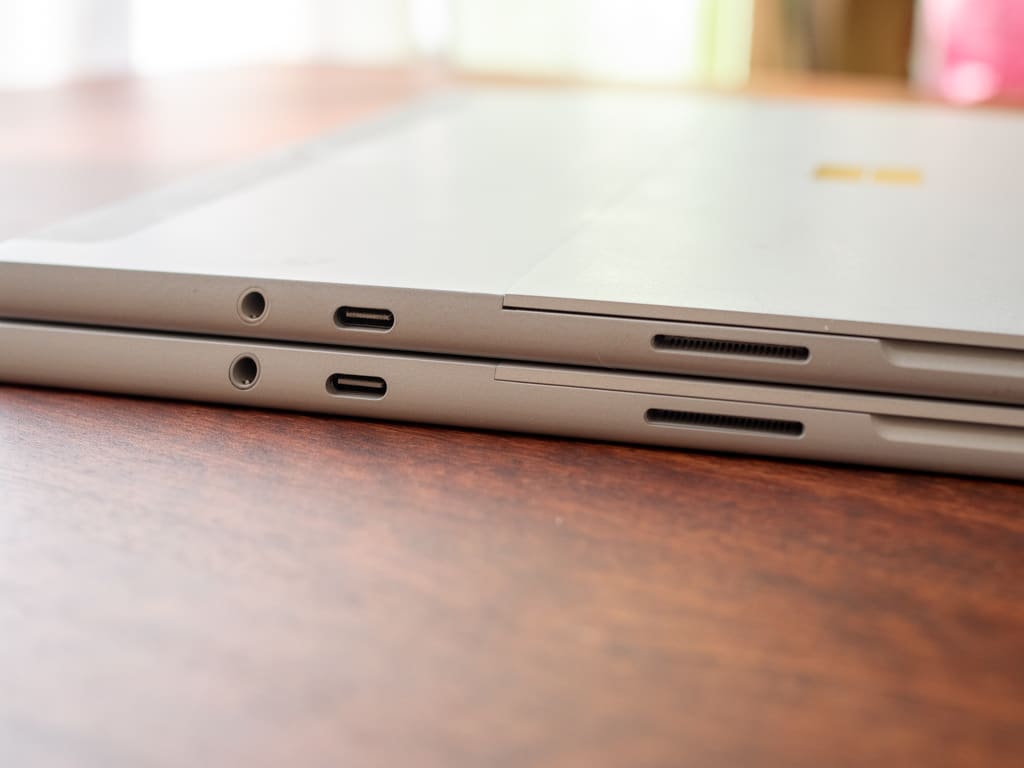 ▲Ports are in the same places too.

I bought an LTE-supporting Core m3 model, so there's a SIM slot on the left side, but this is also the same position as on the LTE model of the Surface Go. 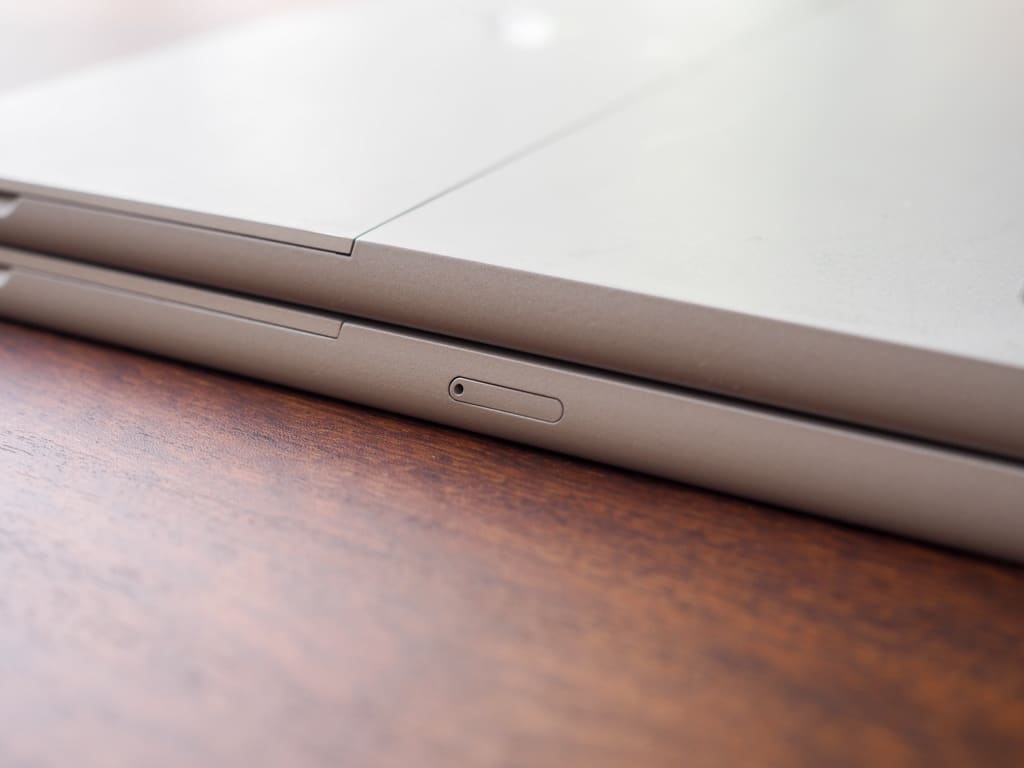 ▲It's a single slot.

The keyboard/display cover is also the same as that of the Surface Go. New color variations have been launched with the Surface Go 2, but if you're not interested in changing color, you can just stick with your old cover. 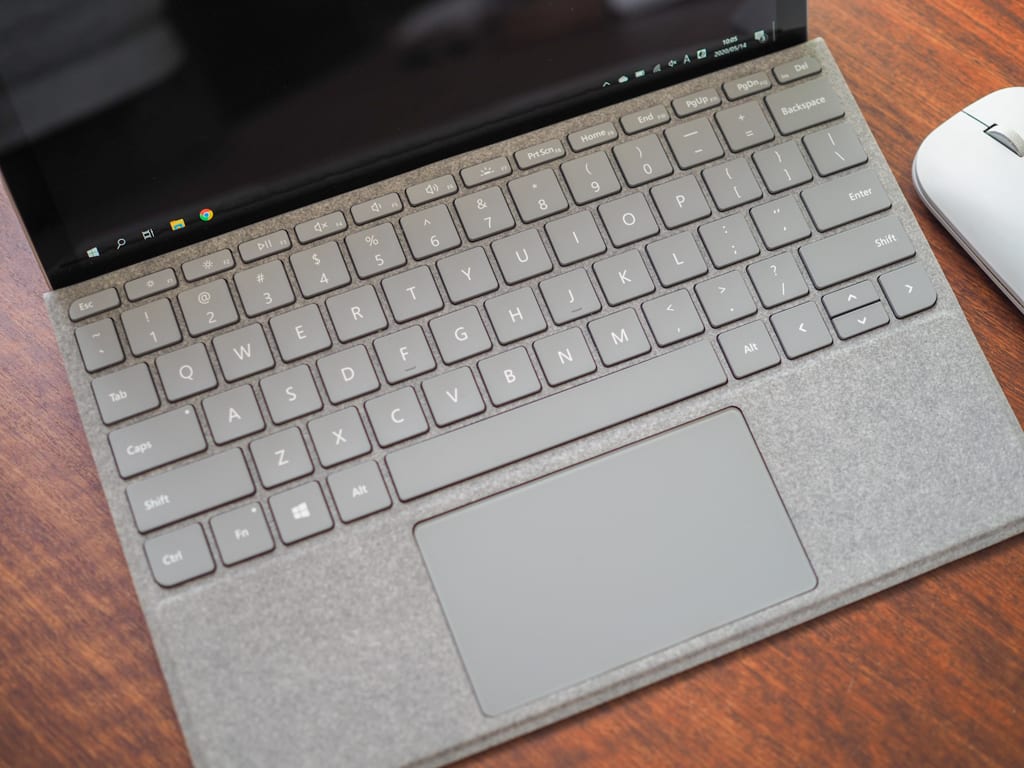 ▲Using the US layout. If only it were on sale in Japan as well...

Pretty much the only change - the display - has a much narrower bezel width thanks to the change in size. Looking at it on its own, it's still wider than the iPad Pro, but the difference is obvious when compared with the last-gen Surface Go. 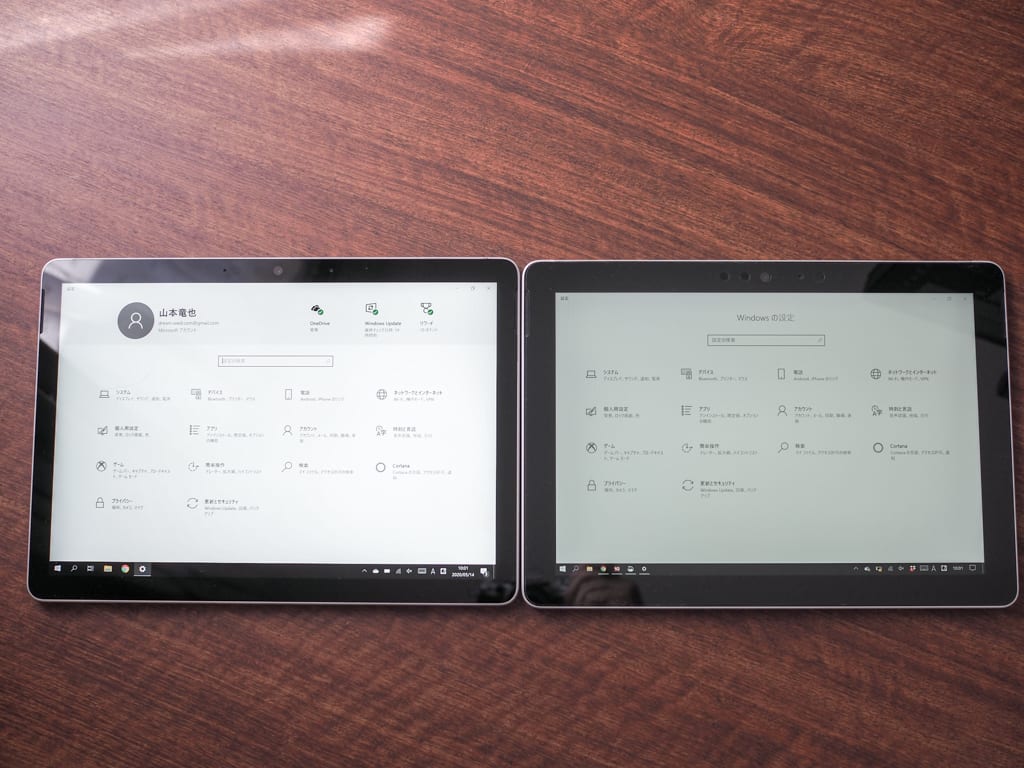 ▲Surface Go 2 on the left, Surface Go on the right 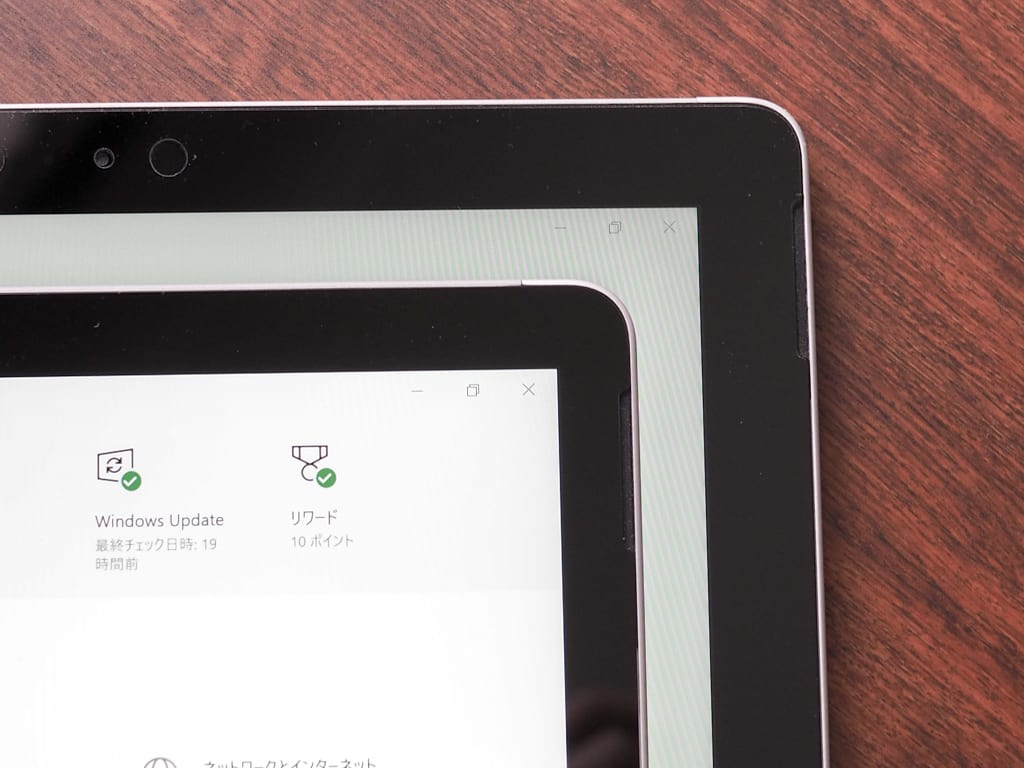 ▲Surface Go at the bottom, Surface Go 2 at the top

While the two machines are basically identical on the outside, the Surface Go 2 is available as a Core m3-8100Y model that gives a very different impression in terms of what's under the hood. The slight lag that was always present in the Surface Go has practically been eradicated in the Surface Go 2.

The Core m3-8100Y is a CPU that has been used frequently in UMPCs, which have been on the rise these past few years. These higher-end models tend to be shifting towards 10th-generation Core i5/i7 processors, but the Core m3-8100Y still has plenty to offer. Particularly when compared with the Pentium Gold 4415Y that was built in to the Surface Go, performance has been raised from a level where patience was required, to a level where it could even be used as one's main PC.

Incidentally, the CINEBENCH R20 result was 587 points, while PCMARK 10 gave a score of 2612. The Surface Go scored 335 points and 1637 respectively, so the official claim of a 64% performance boost is no exaggeration. 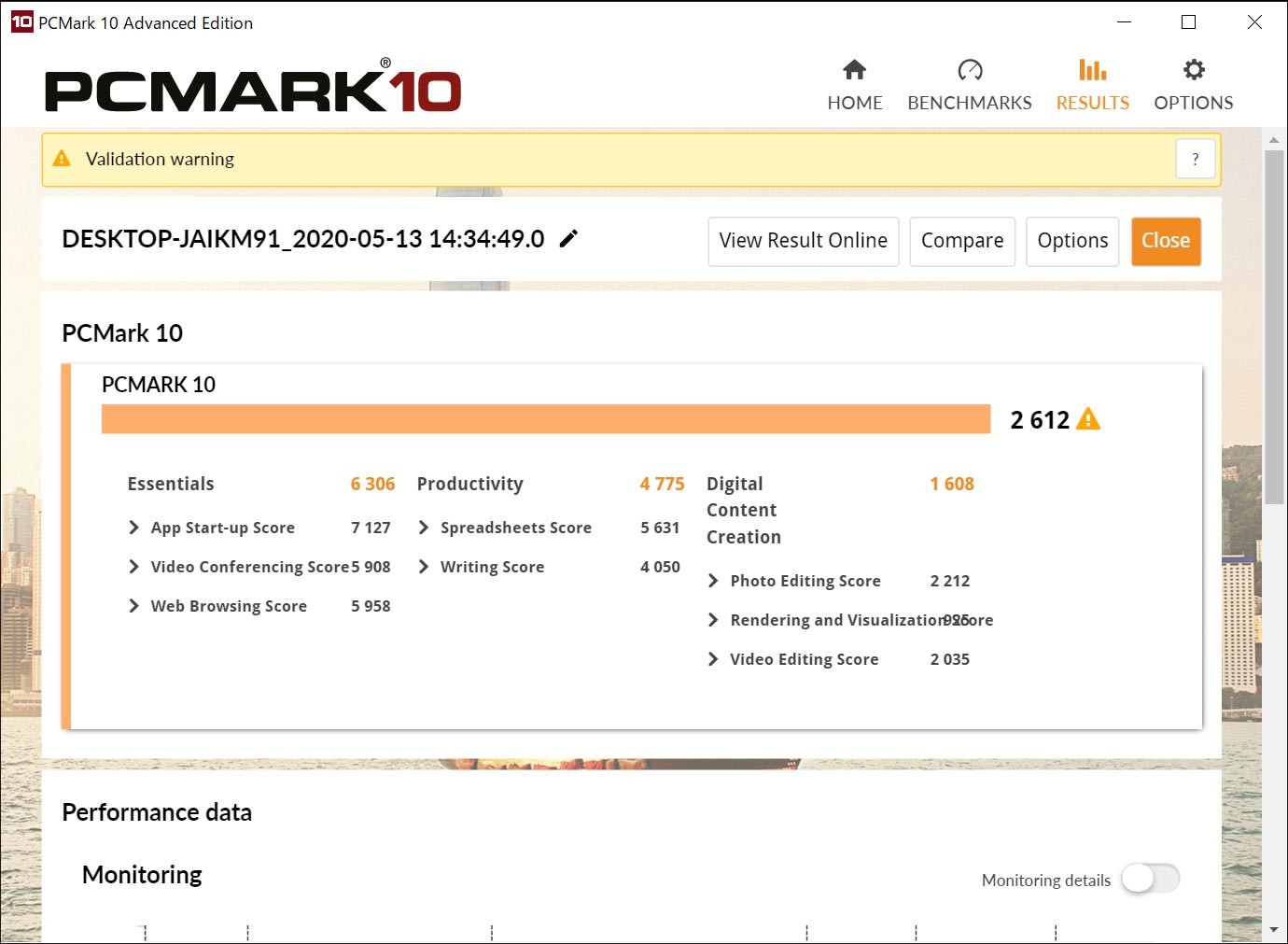 It's a shame that its RAM maxes out at 8GB, but I think it's only a matter of time before a higher-end 16GB model arrives.

I always preferred the Surface Go to the iPad, so I'm really happy with the Surface Go 2. The only downside is the keyboard. In particular, I wish they'd do something about the feeling of instability the keyboard gives when changing angles.

Windows 10 has never been easy to use on a tablet (this could change with Windows 10X), and now I'm hoping for a Surface Go-sized Surface Laptop that will mean an end to the tablet style of old. 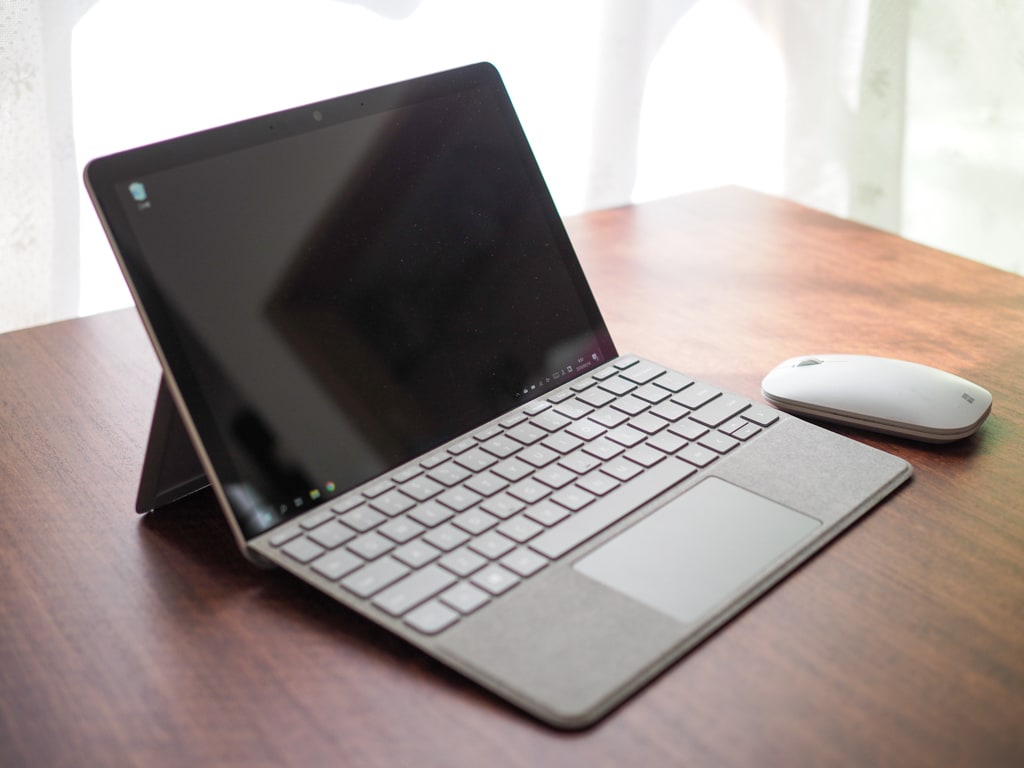 ▲Difficulty of use as a laptop is another con