Will it be similar to the iPad mini (5th Generation)? 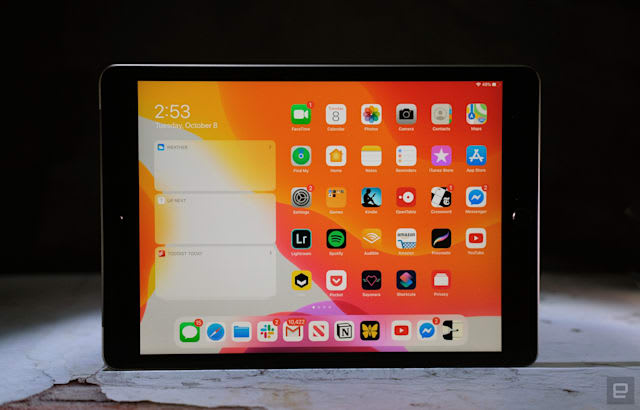 While there have been rumors about a new iPad Air and iPad mini coming soon, a new rumor of an "8th generation iPad (low-end model) coming in 2020" has emerged which will use the same A12 chipset found in the iPhone XS.

This rumor comes from Twitter user @L0vetodream. They accurately predicted that the new iPhone SE would be released in the second week of April, and that it (the new iPhone SE) would come with three storage options.


@L0vetodream's latest tweet reads "in my dream iPad 2020 A12." They don't mention what kind of iPad it will be, but as the entry-level models tend to be known simply as iPads with the year attached, such as the iPad (2018) or iPad (2019), and the entry-level model has been updated every year for the last three years it can be assumed that this will be an iPad rather than an iPad Air or iPad mini.

The iPad (2019) was announced at the iPhone event in September 2019, and while it brought us a larger 10.2-inch screen (compared to 9.7 inches on the previous model) and gave us Apple Pencil compatibility, it kept the A10 Fusion chipset found in the iPad (2018). The A10 chip has been used since the iPhone 7 and iPhone 7 Plus in 2016, and it's really about time that the low-end models see a boost in processing power.

The A12 chip mentioned in this rumor was used in the 2018 iPhone XS and iPhone XR, and was also used in the 2019 iPad Air and iPad mini. Upgrading from the A10 Fusion to the A12 is likely to give the lower-priced iPad the processing power to enjoy the full range of services that Apple is rolling out, and to also broaden the range of subscriptions.

@L0vetodream suggests that an iPad Air with in-screen Touch ID and an ARM-based 12-inch MacBook are also in development, and that a 14-inch MacBook Pro will be coming in 2021. These dates may be delayed as a result of the coronavirus pandemic, but it will nevertheless be interesting to see if any of these predictions come true.


This article was originally written in Japan. The images and content are as they were in Japan at the time of writing.
Source: @L0vetodream(Twitter)
Via: MacRumors