Reports also suggest replacements have been covered under the standard warranty 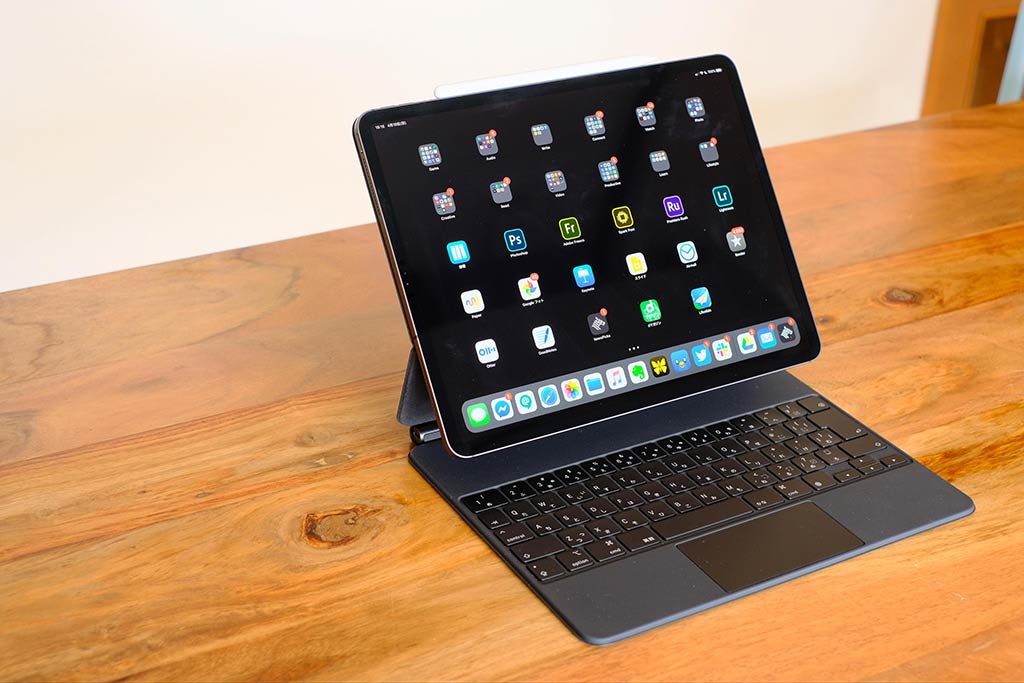 The Magic Keyboard for iPad Pro has earned broadly positive reviews thanks to the feel of its scissor mechanism keys, its excellent trackpad, and the visibility of its backlit keys.

However, some users have been reporting problems with excessive battery consumption, even including battery depletion while the iPad is idle.The Magic Keyboard doesn't have a built-in battery, so instead it draws power from the iPad Pro battery through a smart connector. Apple hasn't officially disclosed battery time when connecting the Magic Keyboard to the iPad Pro, so there's room for arguments in terms of what "normal operation" constitutes.

But it's normal to expect that even if the backlight is on, an external keyboard should not have this much of an impact on a tablet's battery life. And yet many users, including readers of US website 9to5Mac, have posted reports of suspicious operations of the Magic Keyboard or excessive battery consumption.

For example, some 9to5Mac readers have noticed the Magic Keyboard backlight staying on even when the iPad is in sleep mode. The actual amount of electricity consumption has not been confirmed, but it's assumed that consumption is in excess of what would be expected simply from having the backlight on.

The iPad Insight blog has also picked up this problem over the past few weeks, and reports that it successfully had a Magic Keyboard replaced under the standard warranty (beyond the 14-day return period, without using AppleCare+). iPad Insight also reported little difference in a comparison between having the backlight turned on or off. The previous test (with the backlight switched off) apparently resulted in more than 25% battery consumption within the space of 2 hours' work.

They also tested another Magic Keyboard over the course of 2 days. Hard use for 1 hour with the backlight turned off resulted in battery consumption of only 6%. Although not up there with the Smart Keyboard Folio (which has neither trackpad nor backlight), it does fit into the iPad Pro's stated 10-hour battery life.

When using (the other Magic Keyboard) for 1 hour 15 minutes with the backlight set to about 25% brightness, there was only 14% battery consumption. This is 11% better than the previous Magic Keyboard (the preceding test was over 2 hours, so it doesn't seem particularly balanced, but this is what was reported), leading to the conclusion that battery performance may vary drastically from unit to unit.

This inspection seems to be lacking a little in terms of objectivity, but apparently it's a fact that iPad Insight was able to get a Magic Keyboard replaced under the standard warranty. If you have any doubts about excessive battery consumption, it might be a good idea to contact Apple Support.