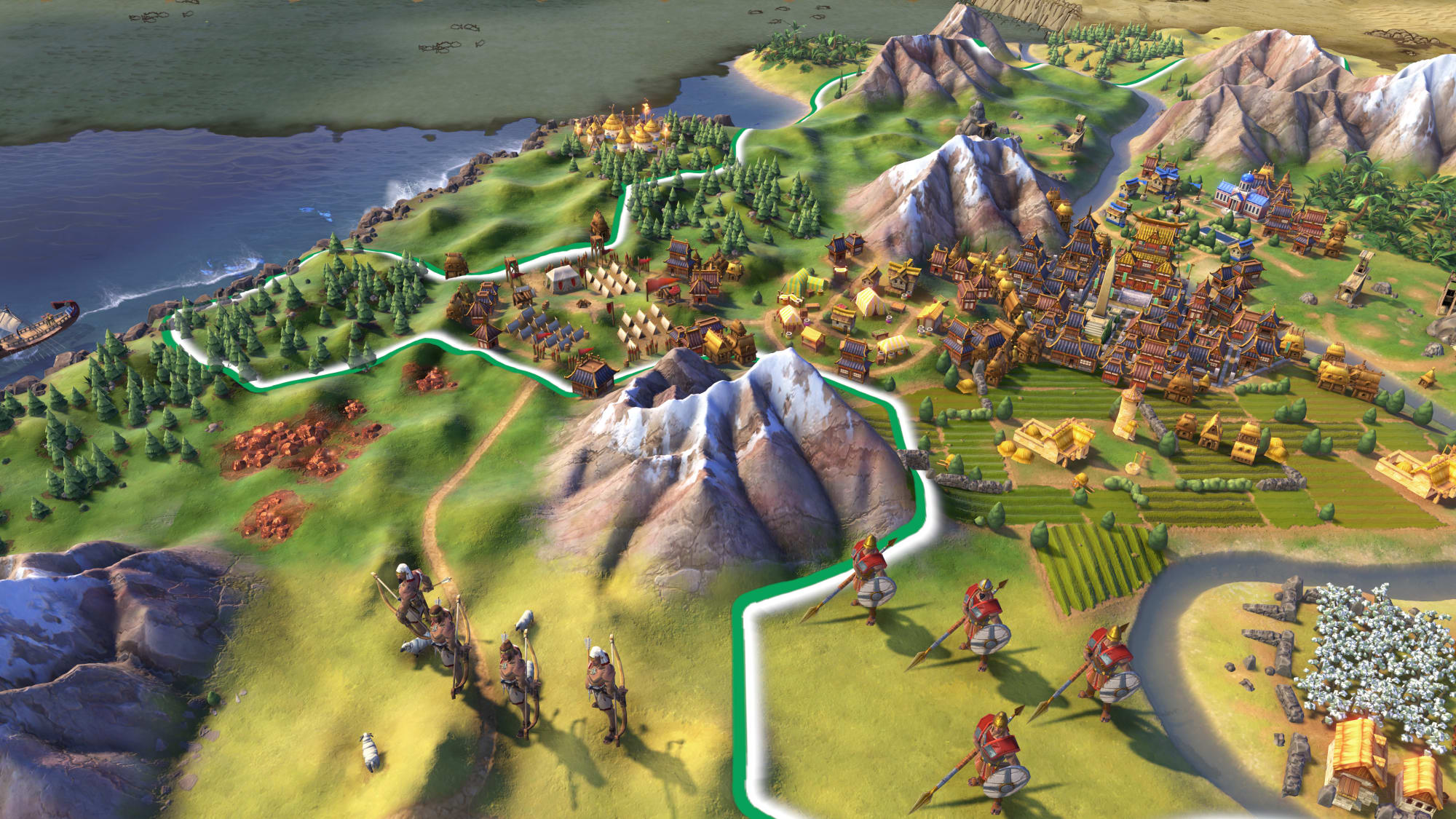 GTA5 was last week's free PC game on the Epic Games Store, and this week we get Sid Meier's Civilization 6.

Civ 6 is a 4X turn-based strategy game in the Civilization series, which began in 1991. The PC version was released quite recently, in the fall of 2016, with a standard price of 7,000 yen on the Epic Games Store and Steam.

Civilization is a familiar name not only to strategy gamers but to gamers in general, being the definitive "4X" (EXplore, EXpand, EXploit, and EXterminate) strategy game. Taking the role of the leader of a civilization, you aim to achieve a hegemony by exploring maps, building cities, developing technologies, and entering into diplomacy or war with other civilizations.

Civilization 6 is free until the end of May 28th (midnight, Japan time). This isn't a time-limited free play offer: once you've downloaded the game, it's yours to keep and play for ever.

Just open the Epic Games Store page in a browser (use your smartphone if you like), press "Get" and add the game to your account. That's it. Then you can install and play whenever you like. You don't even need to actually download and install it to your PC during the free period.

Last week's free game, GTA5, is at half-price (2425 yen) in the Mega Sale that runs until June 11th. Whether you've been invited by a friend who picked it up during the free period or a veteran player who's had the game since launch, you can get GTA5 half-price now if you want to play together.