Wider choices are now available with the option of eSIM 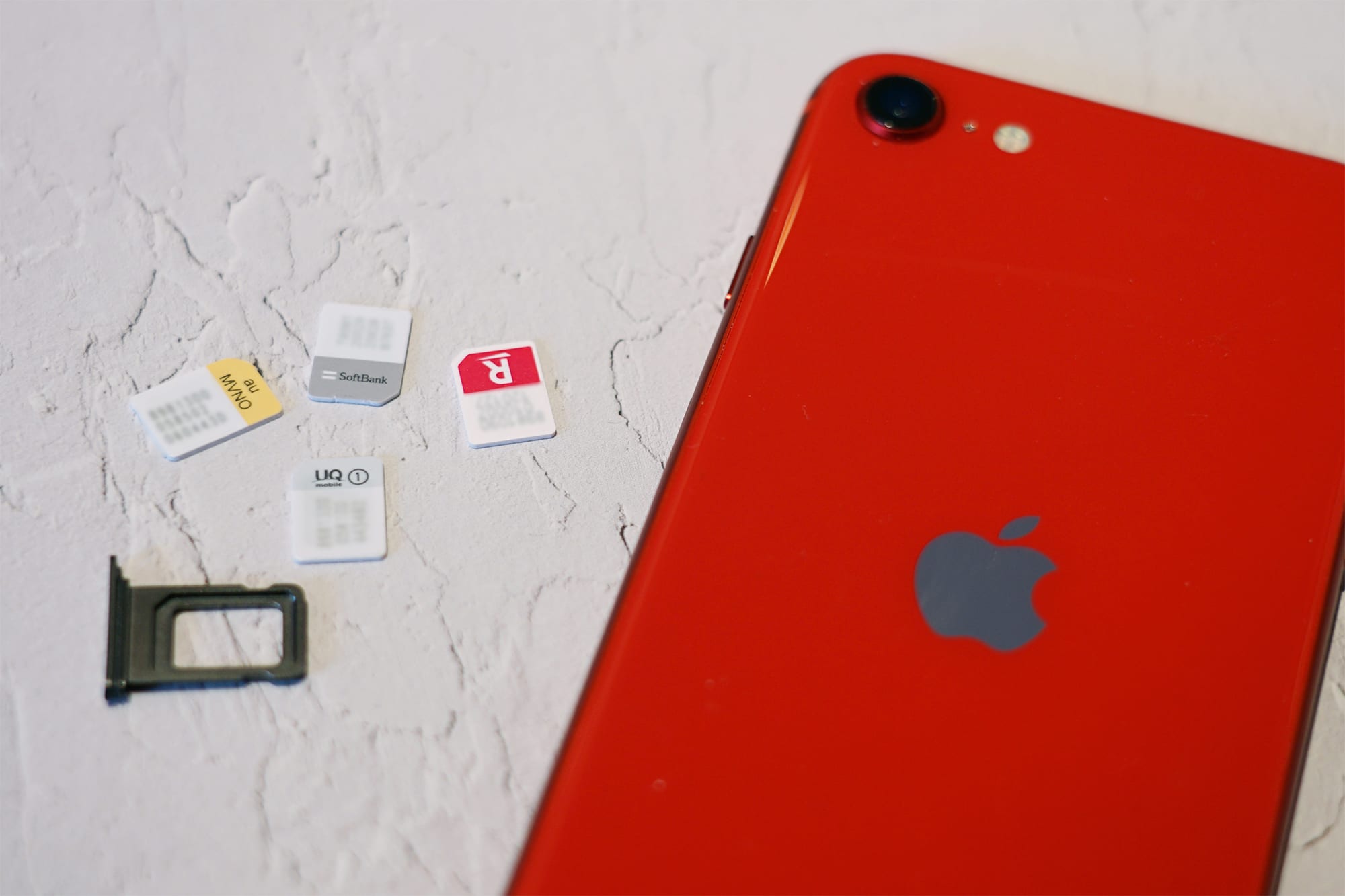 The new iPhone SE packs cutting-edge performance into a handed-down body, delivering excellent cost performance. And by using it in conjunction with cheap SIMs, there's even greater value to be had. Here we take a look at combinations with 5 SIM brands:

LINE Mobile:
Choose from 3 carriers
LINE is not counted in data usage

Rakuten Mobile:
First year free of charge (up to 3 million people)
Use as much as you like in the Rakuten area, with 5GB per month in the au area nation-wide

IIJmio eSIM (data plan zero):
Sub line can be maintained for 150 yen per month
Use only in months when you need to charge

I understand that the experts out there will have their own preferences in terms of brand selection, but for this article I've just compared the SIM cards I could get ahold of, so I apologize if I've overlooked your favorite!

LINE Mobile is an MVNO affiliated with SoftBank. Voice plans start from 1,100 yen per month, and for 1,480 per month you can get a monthly amount of 3GB.

LINE Mobile features include the ability to manage your contract status from the LINE app and receive support in a chat. You also get unlimited LINE app data capacity as standard, while paid options include "SNS Data Free", which gives you unlimited use of Twitter and Facebook for an additional 280 yen per month, and "SNS Music Data Free", which for an extra 480 yen per month puts both Instagram and LINE MUSIC outside your data count.

Another great point is that SIMs are available not only for the SoftBank network, but also for au and NTT Docomo, so you can use your iPhone without unlocking the SIM regardless of which carrier you bought the iPhone from. This time we tried a SIM card operating with the SoftBank network. 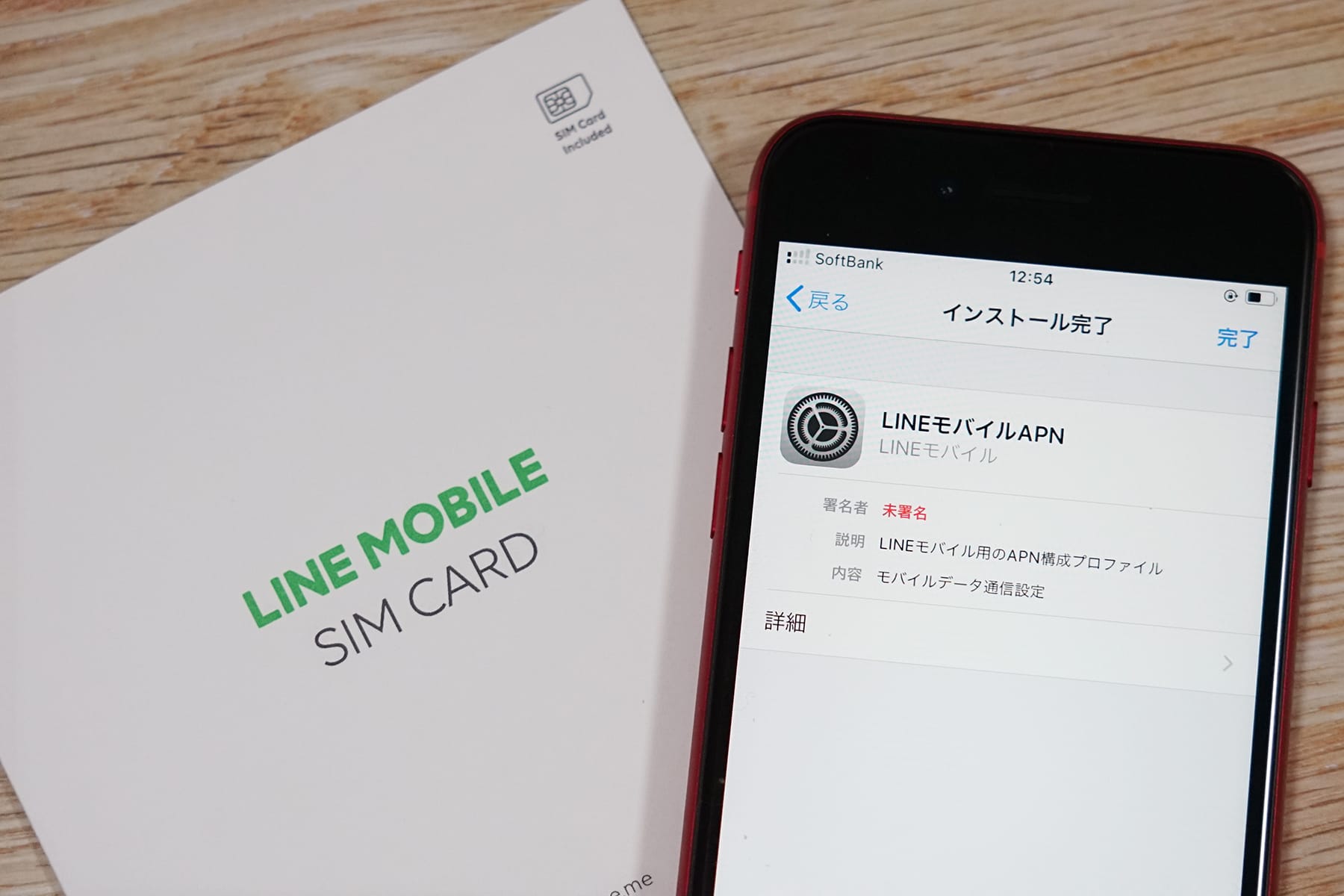 ▲Communication settings are carried out by downloading a config file (settings file) for iPhone from the LINE Mobile website. The picture shows SoftBank.

With the iPhone SE, you can't just insert and use a SIM card straight away: you'll need to complete connection settings first. This is really easy, though. All you have to do is connect to the LINE Mobile website via Wi-Fi and download a config profile for settings. There's no tiresome text input to bother with. The antenna picture shows SoftBank. It took about 3 minutes to connect to the 4G LTE network from APN settings.

This MVNO is affiliated with KDDI. Only the au network supports voice calls, and this MVNO tends to be seen as a sub-brand of KDDI (in October it was announced that it would be absorbed into KDDI itself). 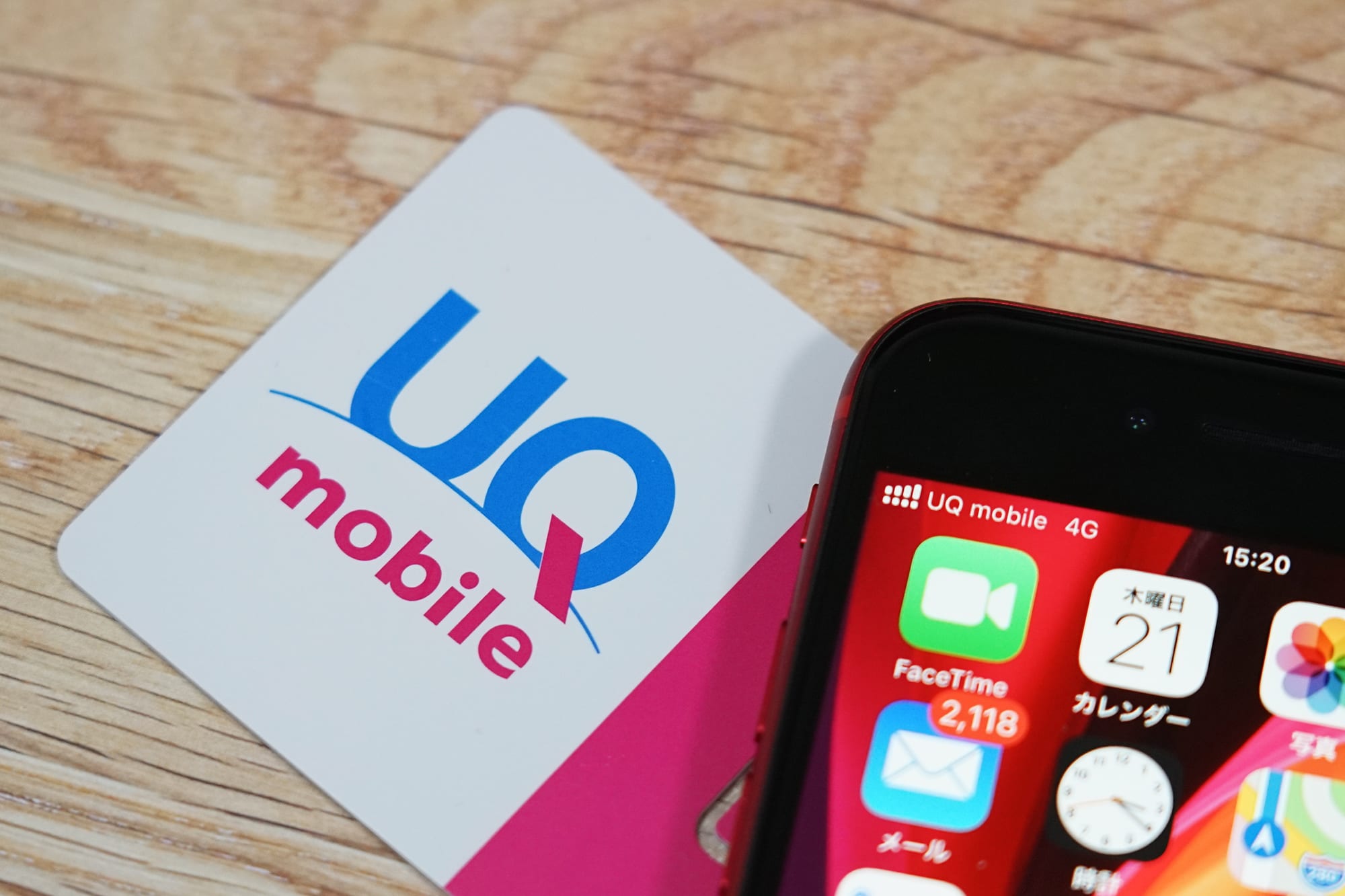 ▲The UQ mobile SIM has no setup requirements if used with iPhone. It's easy to get up and running.

There are three types of billing plans (S, M, and L), with the Smartphone Plan S option offering 3GB per month for 1,980 yen. This increases to 4GB per month if you register for a free au ID. The speed limit after exceeding the data capacity is relatively generous at 300kbps, so you can surf the net much more comfortably than with a major carrier after exceeding data capacity.

Insert the SIM into an iPhone SE and it's smoothly recognized without the need for any special settings. UQ mobile was displayed in the antenna picture.

BIGLOBE Mobile is affiliated with KDDI, but its service is basically neutral. Users can choose from the au and NTT Docomo networks. 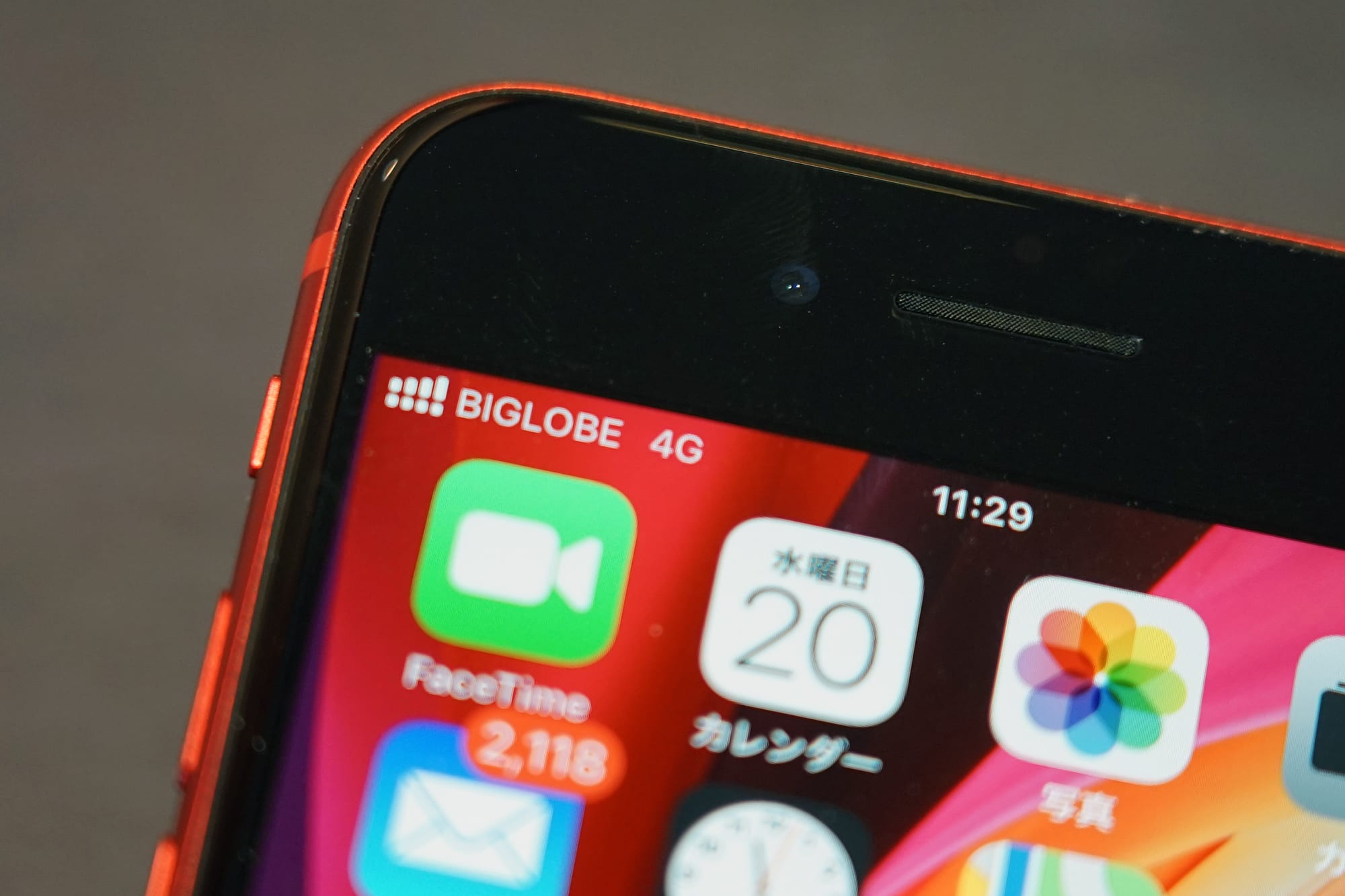 ▲When used with an au network SIM, BIGLOBE can also be used simply by inserting, with no need for configuration. The picture also shows BIGLOBE. The strength of BIGLOBE's parent company is obvious!

The main feature is the "Entame Free" option. This option, which is priced at 480 yen per month, gives unlimited data for 21 types of content service, including YouTube, ABEMA (formerly AbemaTV), Apple Music, Amazon Music, and d Magazine. (For this comparison, I used a SIM without subscription to Entame Free.)

There's also an aggressive online promotion running until May 31, offering the Entame Free option free of charge when signing up for a 3GB voice call SIM (total discount of 2,080 yen x 6 months).

For Rakuten Mobile, we looked at the company's own MNO service that was launched on April 8. "Rakuten UN-LIMIT" billing plan. For 2,980 yen per month, this plan gives unlimited data use in the Rakuten area. 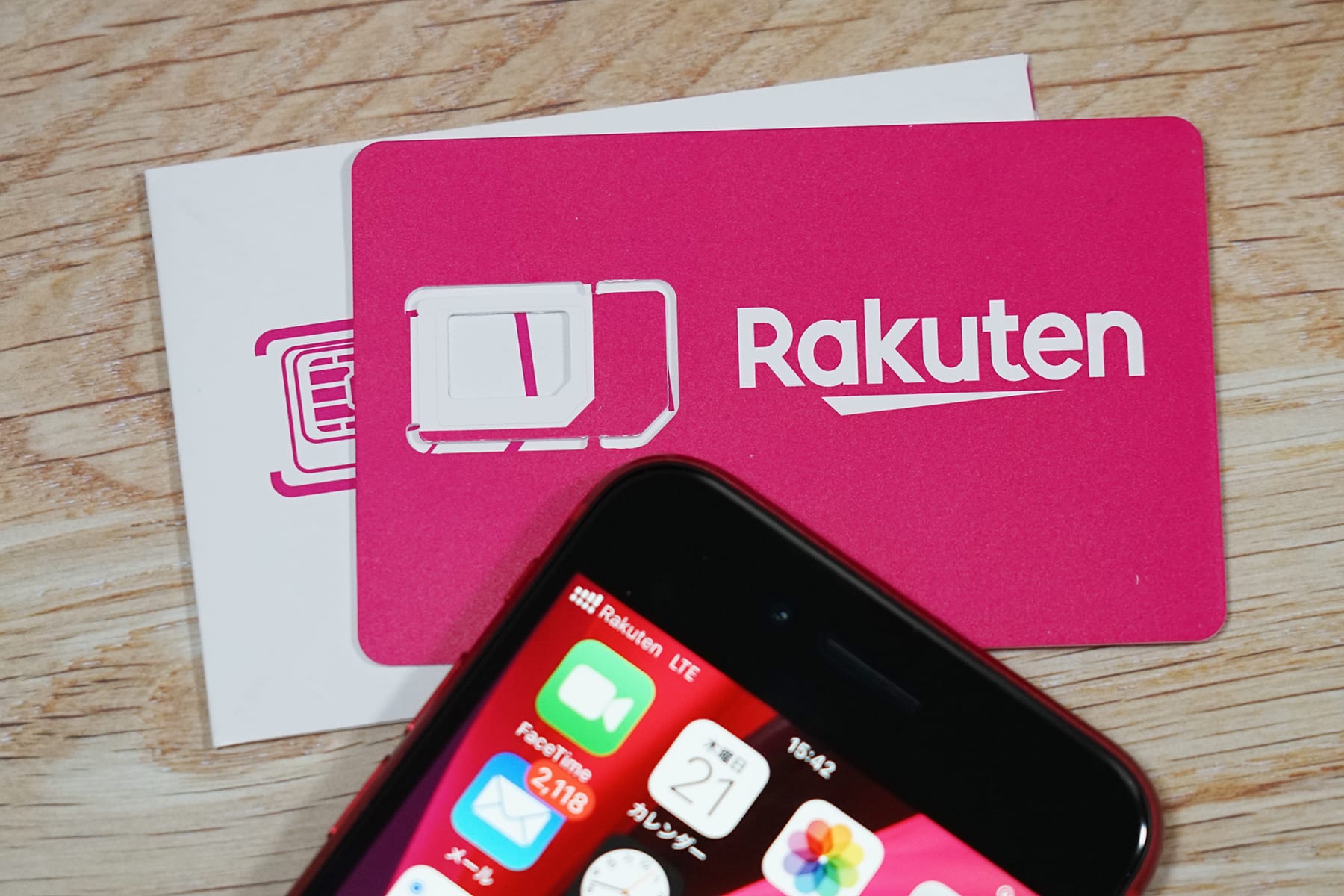 ▲The Rakuten network is not officially guaranteed to work with iPhone, but communication itself is possible.

However, there's also a promotion under way in which the first 3 million people to sign up will receive the first year free of charge (a discount of 2,980 yen per month). This is a strongly positioned billing plan, in effect guaranteeing use for 0 yen per month over the first year. The Rakuten area is limited to certain places such as the Tokyo metropolitan area, but use in other areas nation-wide is possible with the au network (described as "partner network areas"). However, there's a monthly limit of 5GB in the au area.

Rakuten Mobile's own network is not guaranteed to work with iPhone, but there's a carefully assembled settings page and you can use it at your own risk. On the other hand, you won't be able to use free calls with the dedicated Rakuten Link app, and there is no official means of checking whether or not you are inside the Rakuten area. Also, according to information on operation provided by Rakuten Mobile, the Earthquake & Tsunami Warning System (ETWS) cannot be used.

Rakuten Mobile also provides an eSIM service. If you're using it as a secondary line, the compatibility between iPhone SE and eSIM also seems pretty good.

Related articles:
New iPhone SE is ideal for your first experience with eSIM and also works with Rakuten Mobile (Japanese)

IIJmio is the only MVNO in Japan to provide an eSIM service for smartphones. This brand is one of the few choices available for use as a secondary SIM with iPhone SE.

IIJ's Data Plan Zero billing plan for eSIMs is specially designed for use as a secondary line. The basic monthly rate is 150 yen, but you get 0GB data for that minimal outlay. This is a 020 number eSIM, so you can't use it for voice calls or SMS either. 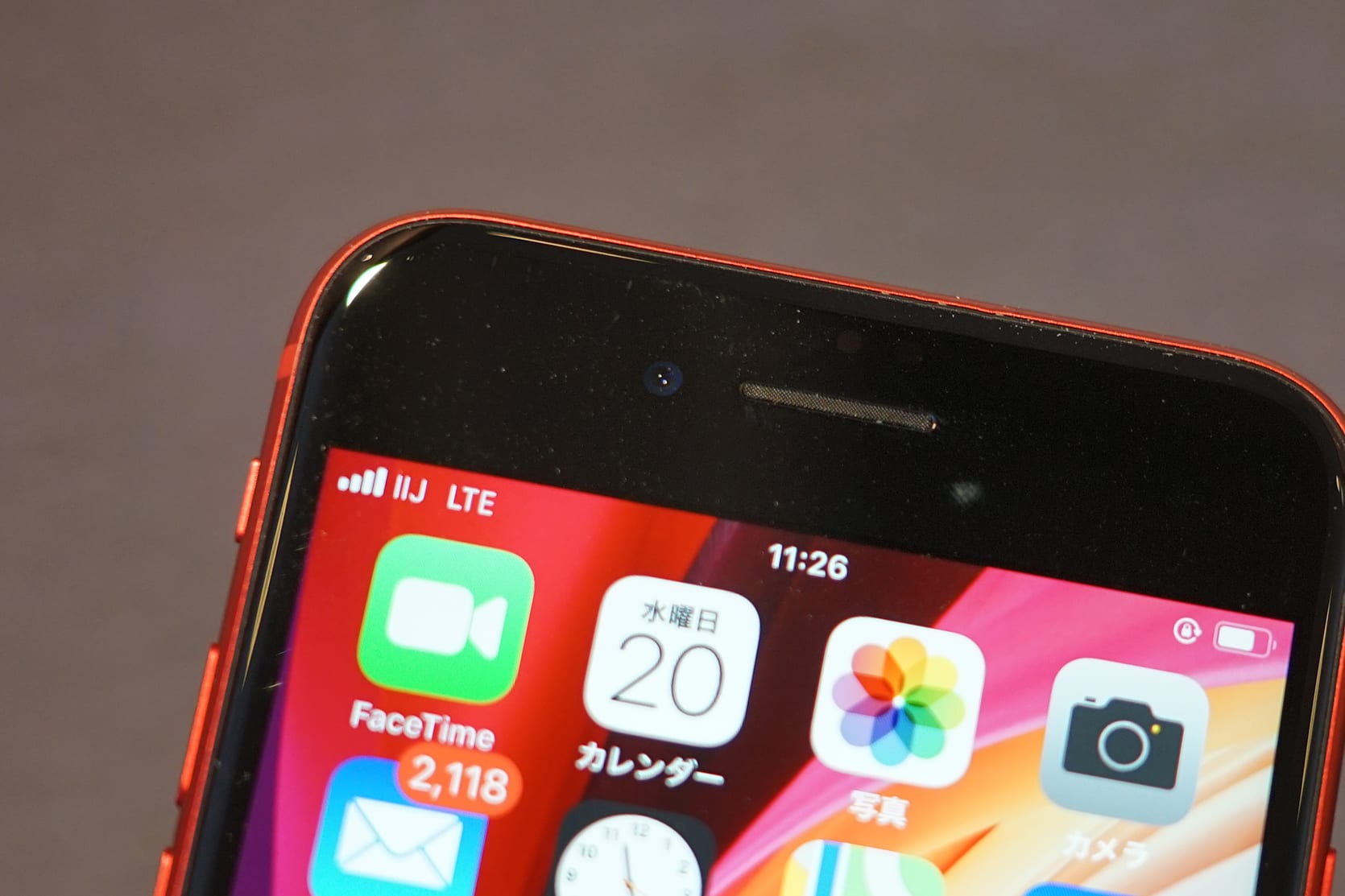 ▲Image shows IIJ display. The network is based on the NTT Docomo network.

In other words, nothing is possible without buying additional capacity. Additional data is priced at 150 yen per month for the first 1GB and 300 yen/GB from the second gigabyte, which is comparatively cheaper than the data add-ons sold by major carriers. This plan is ideal for using another physical SIM as your main SIM and switching to an eSIM once that's been used up.

You could also combine it with a cheap SIM from a non-Docomo carrier such as Y!mobile or UQ mobile. 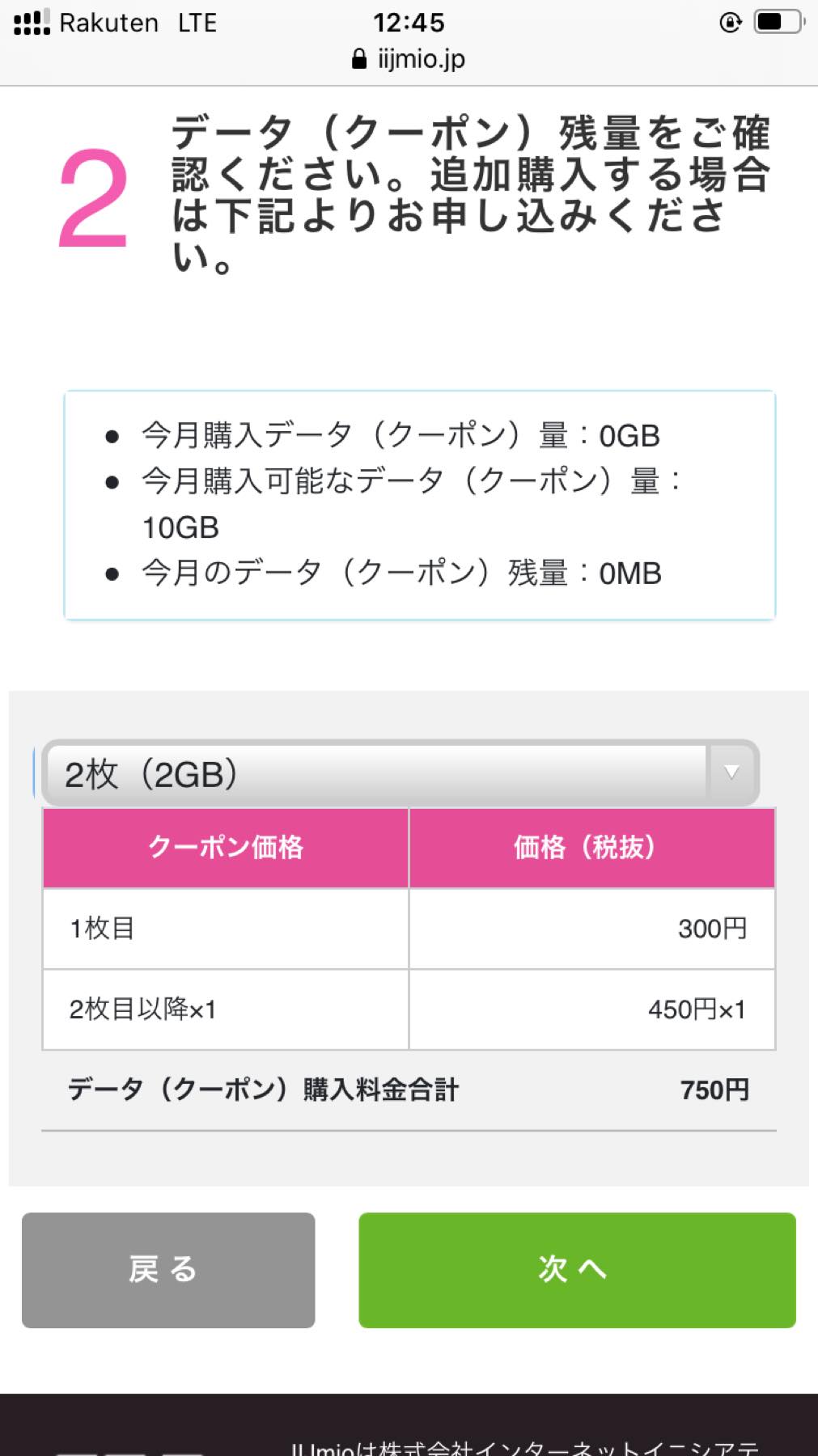 ▲Simply buy a 1GB add-on when you need to use it.

The eSIM registration code is sent as a QR code, and you just capture this on your iPhone to complete the registration process. Provided that you have another smartphone or computer that can display QR codes, this is really convenient as it doesn't take any time at all to issue the code.

By the way, IIJmio's eSIM is also sold by BIC CAMERA (BIC SIM) as the "iiSIM". This provides access to the "Gigazo" public Wi-Fi service at the same rate, so you get a better value than signing up through IIJ.

Communication speeds will vary significantly depending on the signal environment and usage conditions at the time of testing, so please bear in mind that this information is only a general guide. The test was carried out in the same place on a weekday around 11:00 to 12:00. The values are averages taken from three measurements of each service.

Also note that Rakuten Mobile's own network was measured in a different place from around 18:30 on the same day.

Cell phones are generally used most in the morning and evening while commuting and during lunch breaks, so MVNO services are thought to be particularly susceptible to drops in speed. However, in testing the five services listed here we were able to confirm speeds that were perfectly adequate for comfortable use of SNS and web browsing. The au sub-brand UQ mobile and BIGLOBE in particular offered speeds comparable to those of major carriers.

Recently, however, many companies have been switching to remote work due to the impact of COVID-19, so it's also possible that the typical congestion at peak times has relaxed somewhat.


iPhone SE with a cheap SIM is a practical choice

Cheap SIMs were thought of as being slow, but services have improved over the past few years, and my impression is that any disadvantages in terms of speed have been resolved. A combination of iPhone SE and a cheap SIM seems to be a perfectly practical choice offering excellent cost performance.

The range of cheap SIM options goes well beyond those featured in this article. Other choices include OCN Mobile ONE on the NTT Docomo network, the multi-carrier mineo and nuro Mobile, and SoftBank sub-brand Y!mobile. The best idea is to compare rates and service offerings to find the service that's perfect for you.

Also note that while there are three carriers selling the iPhone SE, I recommend buying direct from Apple's online store if you're planning from the outset to use it with a cheap SIM. If you add paid support in the form of Apple Care+, you'll get a guarantee that's on a par with anything offered by the major carriers.