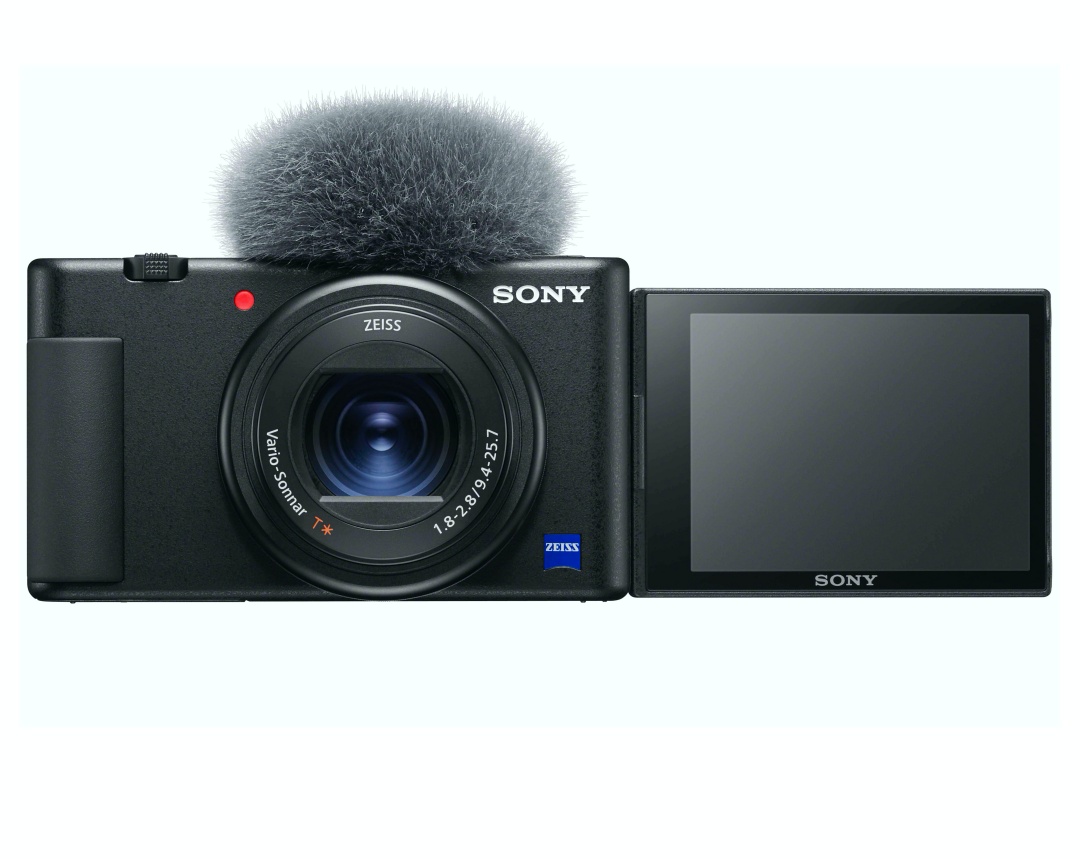 SONY will launch the VLOGCAM ZV-1 compact digital camera on June 19th. Aimed at YouTubers and other vloggers, the VLOGCAM ZV-1 is equipped with a 1.0-type stacked CMOS sensor. The camera is expected to launch at a price point around 91,000 yen (before tax; the same applies to all prices below).

The VLOGCAM ZV-1 follows after the design of the RX100VII, which is also a compact digital camera with a 1.0-type sensor. Its features are fine-tuned for shooting product review videos and it comes packaged with a wind screen to block wind noise.

What aspects are targeted at YouTubers?

The feature that’s most obviously targeted at YouTubers and other vloggers is the focusing system.

When shooting product review videos, conventional cameras tend to focus on the speaker’s face rather than the product. Reviewers have to cover their faces with their hands and use other tricks to get the camera to focus properly.

With the VLOGCAM ZV-1, however, you just press the C2 button on the back to focus the camera on the product in front rather than the person’s face in frame. Pressing the C2 button enables you to switch the focus back and forth between face and product, eliminating all the annoyance from focus changes when shooting reviews.

Use the C1 button at the top of the camera to adjust the defocus in the background between f5.6 and 1.8.

The ZV-1 also features Real-Time Eye AF, a useful technology for outdoor filming. This is an eye-tracking autofocus feature that focuses on people’s eyes during the video. Even in active, high-motion videos, the focus will remain on the people.

The ZV-1 has an optical stabilization system that is especially useful when walking. It really comes in handy when filming on the move.

The camera is also equipped with a three-capsule mic, microphone grille, screen, and other features to cut out wind noise. You can also attach the included wind screen to the top of the camera to clearly capture people’s voices even when outside.

The ZV-1 comes equipped with a vari-angle LCD screen useful for self-shots. The screen opens 176 degrees horizontally and rotates 270 degrees. The monitor is the same 3.0-type as the RX100VII. Simply open the monitor up to switch it on. It also features a touch focus and touch shutter activated by touching the screen.

In terms of primary specifications, the ZV-1 features a 24-70mm 1.8-2.8 lens. The camera can film continuously for a maximum of 45 minutes (30 minutes at 4K), but this depends on the filming environment and temperature.

The ZV-1 does not come equipped with a built-in flash, electronic viewfinder, manual control ring, or NFC functionality, but it does have an MI shoe and ND filter. Although it doesn’t have a headphone jack, it does have a mic jack, a micro HDMI port, and a micro USB port.

The VLOGCAM ZV-1 is also sold in the VLOGCAM ZV-1G kit with an optional GP-VPT2BT Shooting Grip and wireless remote control as well as an NP-BX1 battery. The ZV-1 is expected to sell at around 104,000 yen.

Sony is offering a free 3-month subscription to Adobe Premiere Rush (normally 980 yen/mo before tax), the essential video editing software that every vlogger needs, with purchases of VLOGCAM ZV-1 or ZV-1G (registered owners).

The campaign schedule is as follows:

Valid for purchases made between June 19th and Sept. 28th, 2020 (including pre-orders).