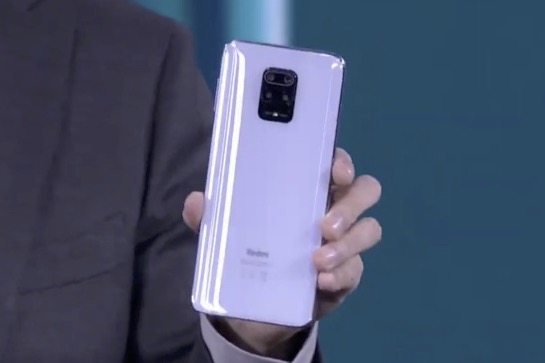 Of these two phones, the Redmi Note 9S features the higher-end Snapdragon 720G chipset, despite its reasonable price-tag of 24,800 yen (including tax). It also boasts a quad camera, which includes a 48MP wide-angle camera, and a high-capacity 5020mAh battery to overturn its image as a bargain smartphone and sell itself as an ordinary-use smartphone.

The Redmi Note 9S, on sale from June 9th, is the latest model in the Redmi series, which is a cost-effective sub-brand of Xiaomi targeting the younger market.

Its standout trait is its high cost effectiveness. As previously mentioned, despite its bargain price of 24,800 yen, it features the high-end, middle-range Snapdragon 720G chipset. 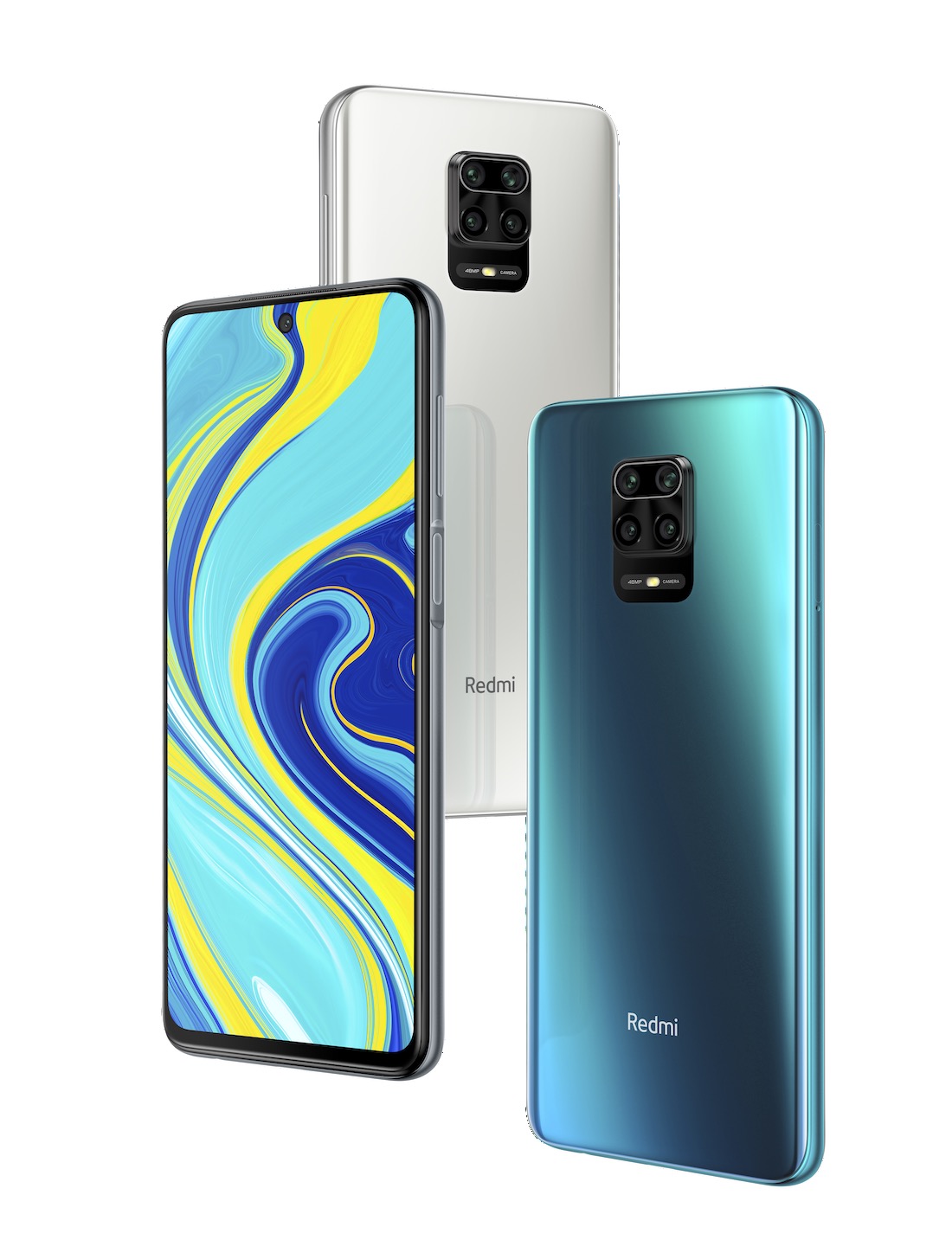 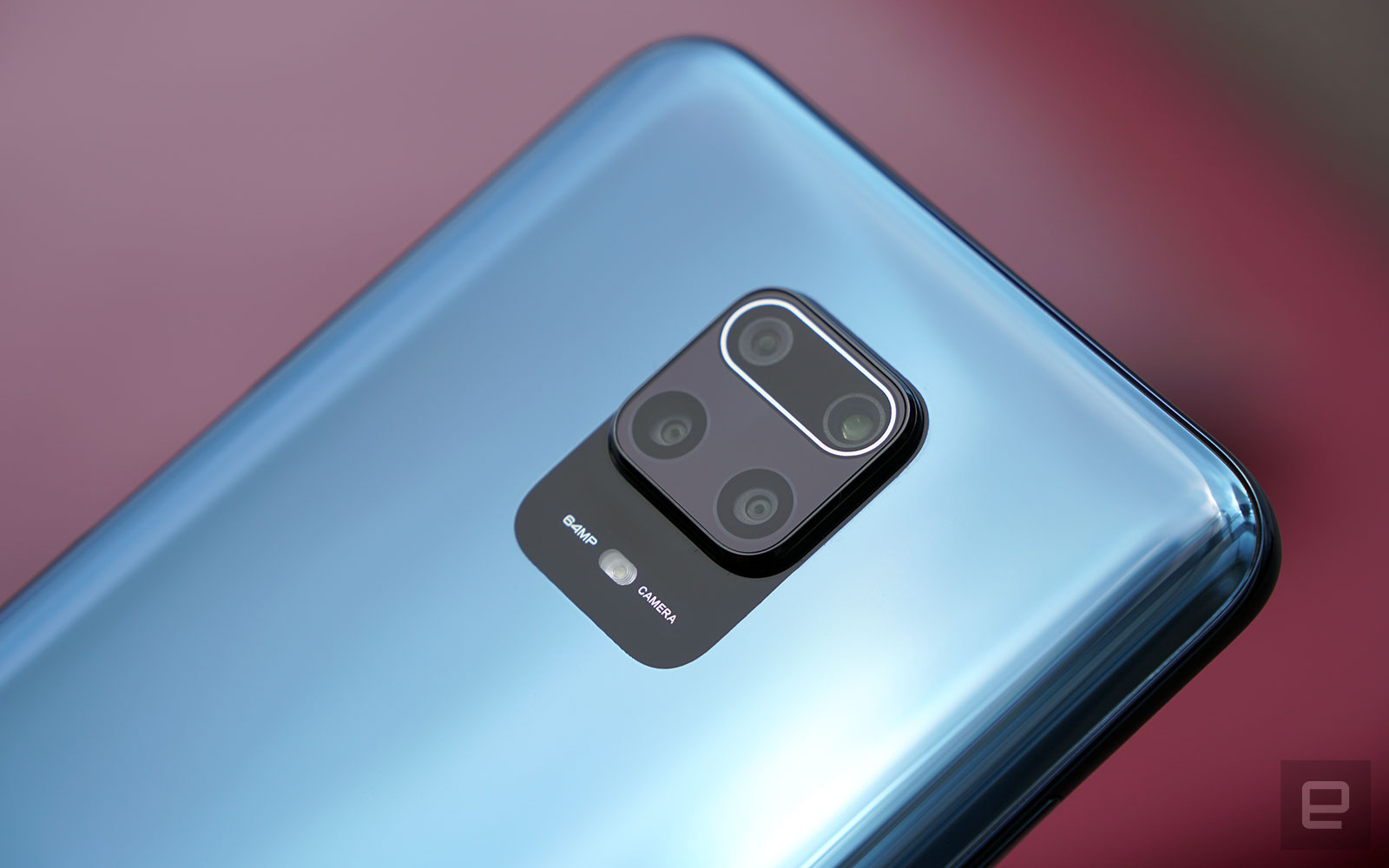 At 5020mAh, the battery on this phone has an even higher capacity than most high-end smartphones. It also supports 18W fast charging. Much like the Sony Xperia series, biometric authentication comes in the form of a fingerprint sensor mounted on the side of the phone. Its dimensions are 165.75mm x 76.68mm x 8.8mm and weighs 209g.

The phone’s interface features a USB-C port as well as a headphone jack and IR remote-control function. There are two colors to choose from: Aurora Blue and Glacier White.

While smartphones priced in the low-cost 20,000-30,000 yen range generally have an image of falling short of offering stress-free usage due to compromises in processors and displays, this phone may become a formidable candidate as a reasonably-priced phone that can be used without hassle thanks to its middle-range high-end processor, 48MP camera, and high-capacity battery.

Also on sale from June 9 is the Mi Note 10 Lite priced at 39,800 yen. Compared to the previously-mentioned Redmi Note 9S, this phone is an enhanced model featuring an AMOLED rather than an LCD display, as well as a 64MP camera.

Adopting the body of the already-announced high-end Mi Note 10, this phone will also be offered as a more affordable model.

While the previous model, the Mi Note 10 Pro, came equipped with five cameras including a 108MP Samsung sensor, but the Lite version has been reduced to a four-camera setup. Even so, it comes equipped with a Sony 64MP IMX686 sensor, and its cameras composed of a 120-degree ultra wide-angle camera, depth sensor, macro camera, and ability to shoot 4K videos and a range of scenes remains unchanged from the previous model.

Its Snapdragon 730G chipset is also shared with the top-end Mi Note 10. The device comes with 6GB memory and 64GB or 128GB storage that supports the previous generation standard LPDDR4X and UFS2.1. It runs on Android 10 OS and has the brand’s custom UI, the MIUI 11 installed. Google Play Store and Gmail also function on this phone, as expected. 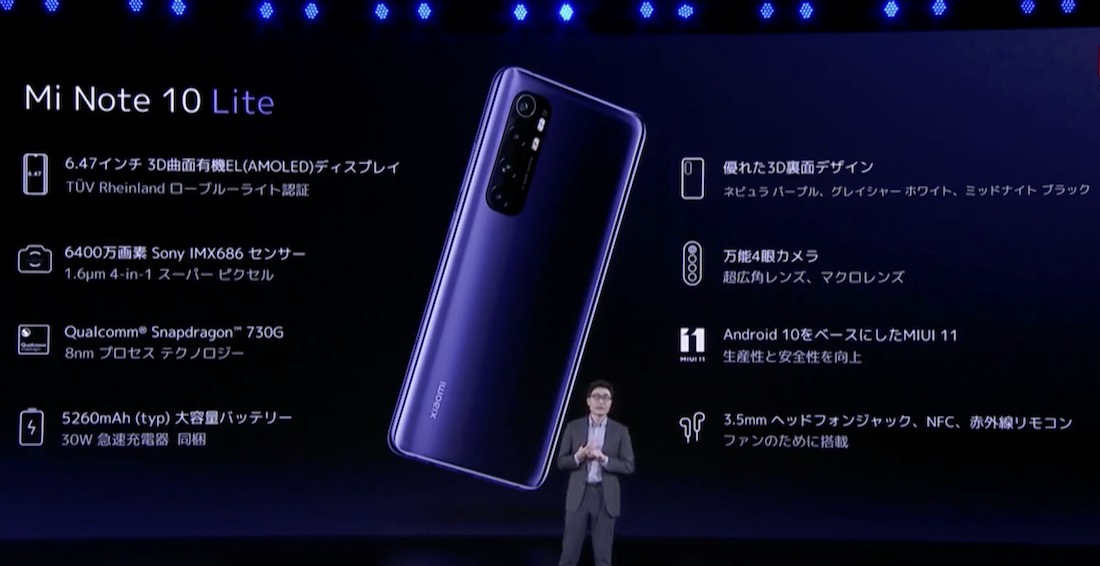 The curved left and right sides of the front screen and AMOLED display of this device are also shared with the high-end Mi Note 10. The selfie camera is found imbedded in the water-drop-shaped notch on the top of the screen. 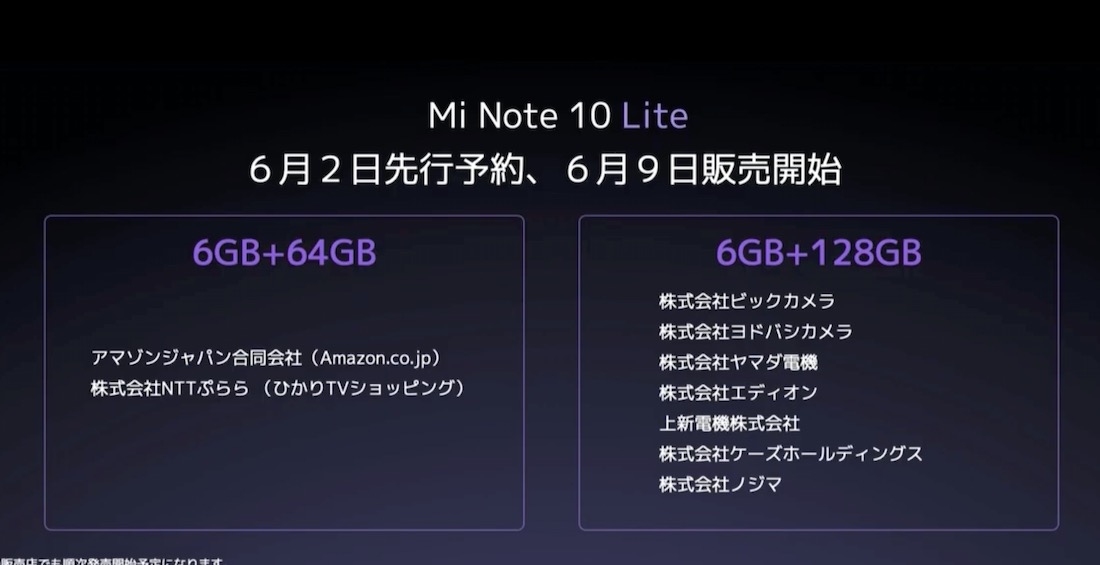 Compared to the previously-mentioned Redmi Note 9S, the performance of the chipset and camera have been raised to make for a more premium device...